They get to keep the building—but at what price?  In exchange for the property rights, the parishioners of St. Stanislaus Kostka Church in St. Louis, Missouri, are no longer Catholic.

After a decade-long dispute, parishioners have won the right to keep their church property and assets.  St. Louis Circuit Court Judge Bryan Hettenbach ruled against the Archdiocese of St. Louis—siding with parishioners in 10 of 12 questions, finding that the archdiocese had no legitimate ownership claim on the parish.

“The archbishop may own the souls of wayward St. Stanislaus parishioners,” Judge Hettenbach quipped in his 50-page decision, “but the St. Stanislaus Parish Corporation owns its own property.”

The parish was founded in 1891 by Polish immigrants.  From the beginning, a lay trustee board controlled the parish’s finances and owned the St. Stanislaus Parish corporation; the archbishop, in turn, appointed the board members and the pastor.  In 2001, however, the board amended its bylaws to remove all authority from the archbishop.

The parish continued to operate, however, with some archdiocesan priests surreptitiously offering masses.  In 2005, the parish hired a schismatic priest, Polish-born Rev. Marek Bozek—a colorful figure who had left his previous assignment without permission, and who openly espoused women’s ordination and other positions in opposition to Church teaching.  In response to this new affront, Archbishop Burke declared the church to be in schism.  Bozek and the church’s lay board were excommunicated, and in 2009, Pope Benedict officially dismissed Bozek from the clerical state.

Current St. Louis Archbishop Robert Carlson worked to reinstate the dissident parish and to welcome  St. Stanislaus as a Roman Catholic parish in the Polish tradition.  However, in August 2010 the St. Stanislaus Corporation members voted 257-185 against the proposal.

Last year, Archbishop Carlson affirmed that the archdiocese would provide St. Stanislaus Kostka parishioners “a way to return to full communion with the Roman Catholic Church.”  But following the court ruling, Archbishop Carlson issued a statement, asserting that the judge had disregarded “ecclesiastical determinations” and promising to appeal the decision “all the way to the Supreme Court, if necessary.”

In January 2013, though, the archdiocese dropped the appeal, and Bozek was quick to express his satisfaction with the apparent victory.  In a joint statement issued January 13, 2013, the archdiocese indicated that it would dismiss its appeal in the case, and the judgment of the trial court is now final.

Particularly sad, though, is the concession offered by the parish.  According to the archdiocesan newspaper, the St. Louis Review:

“St. Stanislaus has agreed that it will not hold itself out as affiliated in any way with the Archdiocese of St. Louis or the Roman Catholic Church…. Neither side made any payments to the other as part of this resolution. All other terms of the resolution are confidential. By bringing this legal dispute to an end, we pray that this will help to initiate a process of healing.”

February 20, 2013
A Little Lent Within Lent: The Tradition of Ember Days
Next Post 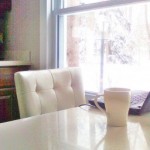 February 21, 2013 THE CHAIR OF KATHY: From Which I Ponder the Chair of Peter, and Its Significance in the History of the Church
Recent Comments
6 Comments | Leave a Comment
Browse Our Archives
get the latest from
Catholic
Sign up for our newsletter
POPULAR AT PATHEOS Catholic
1

Did the Pope Say the Commandments...
Through Catholic Lenses
Related posts from Seasons of Grace