Pope Francis to Journalists: “Help Me Work for the Good of Society” (UPDATED)

Pope Francis to Journalists: “Help Me Work for the Good of Society” (UPDATED) July 23, 2013 Kathy Schiffer

From what I read in the headlines yesterday, I thought all the pope talked about on the plane en route to Rio de Janeiro was unemployed youth.  Oh, and he apologized because he “doesn’t do interviews”, although he doesn’t know why.

Today, the Vatican Information Service offers a much fuller report.

Of course, down-to-earth as he’s shown himself to be, he took the time to personally greet each of the journalists who accompanied him on the aircraft.  He expressed his gratitude, and he explained the meaning of the journey:  how he wished to encounter the young people, and to promote a society which melds the forces, the energy of youth with the experience and wisdom of maturity.

“This first trip is precisely to meet the young, but to find them not isolated from their lives—I would like to find them as part of the social fabric, in society.  Because, when we isolate the young, we do a great injustice:  we remove their sense of belonging.  The young belong—they belong to family, a homeland, a culture, a faith… they belong in this way, and we must not isolate them!  But above all, we must not isolate them from the rest of society.  They—it is true—are the future of the people, this is true!  But not the young alone.  They are the future, they have the strength, they are young, they go ahead.”

The Pope then recalled the

The Holy Father emphasized that

“the global crisis does not bring good to the young … we run the risk of having a generation that has never had a job, and work brings the personal dignity of earning a living.  The young, at this time, are in a situation of crisis.  We are somewhat accustomed to this culture of rejection: too often we discard the elderly.  But now, also with the young unemployed, the culture of rejection reaches them too.  We have to eliminate this habit of rejection!”

The Pope concluded by asking that the journalists help him in working for the good of society, for both young and old.

As a Catholic blogger, I take his remarks to heart.  I HEREBY PLEDGE to stay out of the fray, taking seriously my responsibility to build up the Church, rather than breaking it down.

A commenter on my blog recently posed this question:

Why do the more pedantic, ideological, and sadly, often mean-spirited Catholic blogs get so much more traction than the blogs that are thoughtful and spiritual?

You’re the reader:  Can you explain this?

And you—as men and women who live in the world, who encounter people in the workplace and in the neighborhood and in the home, I hope you will take his remarks to heart, too.

Father James Bradley, who has served for the past two years as Communications Officer for the Personal Ordinariate of Our Lady of Walsingham (and who I met two years ago, when we sat side by side at the Vatican Blogfest), reaffirms the Pope’s call to journalistic evangelization, urging bloggers and other Catholic writers to “keep it positive.”  He writes:

Too often we are on the back-foot; responding to criticisms or situations, or buffeting the wires with information of limited interest to the public. Too often we are responsive, rather than pro-active; often failing to make real use of the opportunities presented to us to speak explicitly and articulately about the central precepts of the faith. Too often we have become experts in media work at the cost of becoming weak practitioners in the task of evangelisation.

My call, then, is for a renewal in Catholic communications, for them to really become exactly that. It is a call to move away from ‘Catholics doing media’, and towards Catholics communicating the person and teachings of Jesus Christ, more explicitly and more comprehensively than ever before.

His reflections are excellent.  Read the rest.

And I interviewed Father Bradley last year regarding the Ordinariate’s new Cathedral of the Incarnation in Orlando, Florida.  Read that story here. 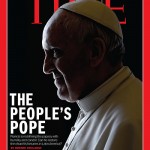