Who Do You Say That I Am? Mormons and the Christ

NOTE:  I wrote this column at the invitation of Chris Henrichsen, who blogs at the Mormon Portal here at Patheos.  This is part of a Roundtable discussion on “Are Mormons Christian?”

First, a word of praise:  Mormons are good citizens.  They are persons of good conscience, and are supportive of strong family values.  Catholics and Mormons, as the Vatican’s Congregation for the Doctrine of the Faith noted in its 2001 statement on Mormon baptism,

“…often find themselves working together on a range of problems regarding the common goal of the entire human race.  It can be hoped therefore that through further studies, dialogue and good will, there can be progress in reciprocal understanding and mutual respect.”

But are Mormons Christian?  In a word:  No.

Taylor Petrey, writing on the Mormon Portal at Patheos, makes a different claim.  As evidence that Mormons should be counted among Christians, Petrey cites the “Christus” statue by Danish sculptor Bertel Thorvaldsen, which was displayed at the 1964-65 World’s Fair in Queens, New York, and the revision of the church’s logo in 1996 to feature the words “Jesus Christ” more than twice the size of the other words in the name (Church of Jesus Christ of Latter Day Saints).

As further proof of Mormons’ inclusion in Christian circles, Petrey cites 19th century Lutheran theologian Adolf von Harnack, who claimed in his volume What Is Christianity? that there is no single definition of Christianity.  For von Harnack, Christianity is whatever you say it is.

Words have meaning; and if anything can mean whatever you want it to mean, then nothing can have any lasting meaning at all, and attempts at communication are futile.

In the Gospel of Matthew, as Jesus came into the district of Caesarea Philippi and he asked his disciples,   “Who do people say that the Son of Man is?”

The apostles responded:  “Some say John the Baptist, but others Elijah, and still others Jeremiah or one of the prophets.”

So Jesus asked, “But who do you say that I am?”

It was Simon Peter, the blustering fisherman, who answered confidently, “You are the Messiah, the Son of the living God.”  And Jesus answered him,

“Blessed are you, Simon son of Jonah! For flesh and blood has not revealed this to you, but my Father in heaven.  And I tell you, you are Peter, and on this rock I will build my church, and the gates of Hades will not prevail against it.”

The thing is, the question of WHO JESUS IS is a singularly important question for all of us.

Christians know that Jesus is the Son of God, the Second Person of the Blessed Trinity. With Father and the Holy Spirit, He has existed eternally.

Mormons believe, however, that the Trinity “are not the three persons in which subsists the one Godhead, but three gods who form one divinity.  One is different from the other, even though they exist in perfect harmony” (L’Osservatore Romano, Weekly Edition in English, Aug. 1, 2001, page 4).

The Congregation for the Doctrine of the Faith continues their comparison:

“In Mormon belief, God the Father was once a mortal man from another planet who, through a series of progressions, achieved divinity.  He and his wife, the heavenly mother, share the responsibility of creation and have sons in the spiritual world.  Their firstborn son, Jesus Christ, equal to man, “has acquired his divinity in a pre-mortal existence.  Even the Holy Spirit is the son of heavenly parents.  The Son and the Holy Spirit were procreated after the beginning of the creation of the world known to us.”

And no, Mormons are not Christians. 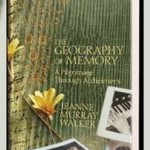