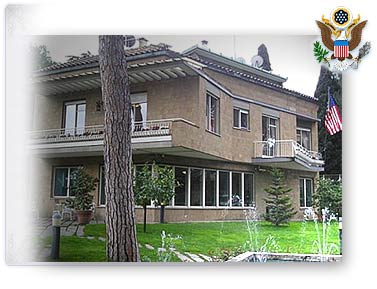 The United States is scaling back its diplomatic mission at the Vatican—making plans to close its Vatican Embassy headquarters, and instead conduct its operations in a smaller building within the walls of the U.S. Embassy to Italy.

The Obama Administration cites “security concerns” following the attack in Benghazi, and claims that they can better protect embassy staff in a consolidated compound.  According to government authorities, once construction is completed in 2015, the Vatican Embassy will have a separate entrance and it will be apparent that it is a completely separate operation.

But many Catholics—among them five former U.S. Ambassadors to the Holy See—strongly disagree, calling the plan a “massive downgrade” in U.S./Vatican relations.

Former U.S. Ambassador James Nicholson, who served as Secretary of Veterans Affairs under George W. Bush and as chairman of the Republican National Committee, said, “It’s turning this embassy into a stepchild of the embassy to Italy.”  Speaking to National Catholic Reporter’s John Allen, Ambassador Nicholson said:

“The Holy See is a pivot point for international affairs and a major listening post for the United States, and to shoehorn [the U.S. delegation] into an office annex inside another embassy is an insult to American Catholics and to the Vatican.”

Ambassador Francis X. Rooney, author of The Global Vatican who served as U.S. Ambassador to the Vatican from 2005 to 2008, agrees.   “In the diplomatic world,” Rooney said, “ if you don’t have your own separate space, you’re on the road to nowhere.”

“It’s not just those who bomb churches and kill Catholics in the Middle East who are our antagonists, but it’s also those who restrict our religious freedoms and want to close down our embassy to the Holy See.”

Ambassador Flynn saw the move as illustrative of the Obama Administration’s broader secular hostility to religious groups, the Catholic church in particular.

Former Ambassador Mary Ann Glendon, who is the Learned Hand Professor of Law at Harvard and who held the Ambassadorship in 2008-2009, noted that both the U.S. and the Vatican are global actors, and their spheres of influence are worldwide.  She insisted that the importance of America’s relationship with the Vatican merits its own location and profile.

Ambassador Thomas Patrick Melady, who served in the role from 1989-1993, told NCR that regardless of the “official” reason for the change, no matter how the Administration seeks to justify the move, it will be perceived in diplomatic circles as scaling back.

Only the two Vatican Ambassadors who were appointees of President Obama—Miguel Diaz and current U.S. Ambassador Ken Hackett—support the Obama Administration’s plan.  Hackett has said that he sees no diminishing in the importance of the U.S.’s relationship with the Vatican, and adds that the two governments have enjoyed a better relationship now, during Pope Francis’ papacy, than they have in quite a while.  And Ambassador Miguel Diaz (2009-2012) defended the company line, insisting that the security issue was a serious matter and that the move would better enable the government to ensure the safety of U.S. diplomatic personnel.  He added that the move would promote collaboration among the three American embassies in Rome, which he saw as advantageous.

First to address the “opportunity for collaboration” cited by Miguel Diaz:  Imagine, if you will, that the nations of Western Europe came together in a single embassy in Germany.  France, Portugal and Denmark all closed their embassies, in order to better “collaborate” with one another.

Would that serve the interests of each individual country?

Of course not.  Each of the European nations is unique, and each enjoys a unique relationship with the United States.  Each diplomatic relationship faces unique challenges.  It would be absurd to imagine that bringing them together into a single space would achieve positive diplomatic results.

Likewise, the U.S. embassy in Rome and the embassy to the Holy See are unique—in fact, more unique because of the unusual nature of the two governments, that of Italy and that of the Vatican City-State.  Perhaps the U.S. government imagines that Vatican-City, occupying only 109 acres, is a “mini-state” not warranting a full ambassadorial relationship.  In fact, though, the Catholic Church, with 1.2 billion adherents around the world, is a resounding leader in establishing social policy world-wide, not only within its walls.

The Obama Administration has repeatedly picked fights with the Catholic Church, most notably on religious liberty issues, as well as on abortion and other life issues and same-sex marriage.  I worry that the President’s disdain for Catholic social teaching may affect his willingness to interact on matters of mutual concern.  But I’m just not buying that this is not a radical “downgrade” in U.S. interaction with the Holy See.

The United States and the Holy See did not enjoy a full diplomatic relationship until January 1984.  Before that, due in part to anti-Catholicism in the U.S., this country did not recognize the Vatican City-State as a nation.  President Franklin D. Roosevelt’s Postmaster General James Farley was the first high ranking government official to normalize relations with the Holy See.  In 1933, Farley had an audience with Pope Pius XI and dinner with Cardinal Pacelli, who would succeed to the papacy in 1939.  Between 1939 and 1951, the U.S. had no ambassador but sent an emissary to discuss matters of mutual concern.  Then from 1951 through 1968, the U.S. had no relations with the Vatican.

Presidents Nixon and Carter appointed “personal representatives” to interact with the Holy See in the late ‘60s and ‘70s.  Then finally, on January 10, 1984, the United States recognized the Holy See as an independent legislative body, and established the Vatican Embassy.

There exists a real risk that that long overdue relationship may continue to decline during the Obama Administration.  In 2009, the ambassador position was vacant for an extended period, reflecting U.S./Vatican tensions over abortion and marriage.  During the months that the position was open, Caroline Kennedy and Douglas Kmiec were proposed; but both were ultimately rejected because of differences regarding these important issues.

The seat was vacant again from November 2012 through mid-2013, after Ambassador Miguel Diaz left the office to teach at the University of Dayton.

The current rollback portends a weakening of U.S./Vatican relations.  The move signals to the Church, to this nation’s 78.2 million self-identified Catholics, and to the world that the United States is too busy with other things to bother protecting its embassy in the smallest but arguably the most influential nation in the world. 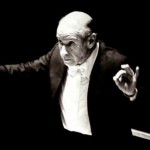 November 22, 2013
When Kennedy Died, How Did the Boston Symphony React?
Next Post 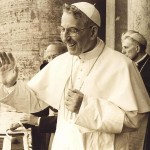