Footwear for the Feast: Our Lady of Guadalupe on Your Ankle

December 12 is the feast of Our Lady of Guadalupe.  And so I ask you, the reader:

Should I celebrate by wearing these socks?

Actually, I don’t own either of these combination foot protectors/devotionals, but I would love to tuck these uniquely Catholic socks into my winter boots!

On a more serious note, you probably know the story of Our Lady of Guadalupe, and how her image was miraculously imprinted on Juan Diego’s tilma (cloak).  You may know that the tilma itself, made of plant fibers, should have disintegrated by this time, but instead its vivid colors remain clearly visible.

Dr. Aldofo Orozco, researcher and physicist, has expressed amazement at how the 481-year-old Tilma has survived so many years without decay.   “All the cloths similar to the Tilma that have been placed in the salty and humid environment around the Basilica,” Dr. Orozco explained, “have lasted no more than ten years.”  A painting of the image on cloth which had been protected behind glass was discarded after only eight years, because the colors had faded and the threads had broken so badly.

The Tilma, meanwhile, was displayed unprotected for 116 years, exposed to the heat of tens of thousands of candles and to the harsh, humid and salty air; yet it remains vibrant.

Modern science, rather than explaining the mystery, has raised even more questions about the mysterious painting.  The electron microscope has enabled scientists to look closely at the image—deciphering fine details which were too small to see when the image of the pregnant Virgin was first imprinted on the Tilma.  Scientists now see in the eyes of the Virgin a reflection of the people who were in the room when Juan Diego first opened his tilma to drop flowers on the floor before the bishop.

Tonsmann sees reflected in the eyes other figures who, he believes, are an Indian family including a young mother, a father wearing a hat, and between them, their three children.

Read about it in Science Sees What Mary Saw from Juan Diego’s Tilma (Zenit 2001).

December 10, 2013
Air Force Ignores Christmas in South Carolina, But Not in Washington DC
Next Post 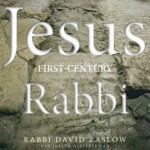