Today Pope Francis celebrated the Ash Wednesday liturgy at the Basilica of Santa Sabina, on the Aventine Hill.

The choice of Santa Sabina for today’s liturgy was not arbitrary. Santa Sabina is the first of the Lenten Station Churches. In a tradition dating back to the early Church, the faithful of Rome gathered each day of Lent for Mass at a different church. It was, in a sense, a “pilgrimage” for those who could not afford to travel to a distant shrine or pilgrimage site.

Today, seminarians from the North American College hike to mass at one of the “station churches” each morning of Lent, following the ancient custom. You can find a full schedule of the station church liturgies on the NAC’s website.

This year during Lent, I will be writing about some of the station churches. Not all of them (I know better than to commit to such a large project!), but those I’ve visited as well as some of the more interesting ones.

To start it off, a bit of information on the station church for Ash Wednesday, the Basilica of Santa Sabina.

Santa Sabina sits high on Rome’s Aventine Hill, overlooking the Tiber River which flows through the city. It’s near the U.S. Embassy to the Vatican and the headquarters of the Knights of Malta. (You might be interested in a story I told a few years ago, about the great gate into the garden at the Knights of Malta headquarters, where visitors could peer through the Magic Keyhole to scan the city below.)

Santa Sabina was built between 422 and 432 A.D. by a Dalmatian priest, Peter of Illyria. It was constructed over the temple of Juno, where Roman coins were first minted; a marble column from the original temple can be seen through a hole in the church’s floor.

Most of Rome’s churches are quite detailed in their design. Not so the fifth-century Basilica of Santa Sabina—its simple, rectangular form distinguishes it as an architectural crossover between the roofed Roman forum and the more elaborate churches of Christendom.

Contemporary travelers, accustomed to sunbeams shining through window glass, may miss an interesting detail:  The large windows at Santa Sabina are actually made, not of glass, but of thick panels of selenite, a clear crystal.

Prominent in the interior is a fresco in the apse by 16th century Italian mannerist artist Taddeo Zuccari. Originally, that spot was filled by a mosaic of the same image—but after 1,100 years, the mosaic was in deteriorating condition and it was replaced in 1559.

On the exterior, the large wooden doors are original. Not all of the images on the doors have survived the passage of time; but the carving of the Crucifixion is one of the oldest known images of this type.

In his homily for the day, Pope Francis spoke of the reading from the prophet Joel:

He encouraged the faithful to embrace the three elements of the spiritual journey (Matthew 6:1-6, 16-18): prayer, fasting and almsgiving. 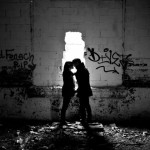