Christ With a Toothache, and the Sad, Sad Vandalism of Viennese Churches

Christ With a Toothache, and the Sad, Sad Vandalism of Viennese Churches April 1, 2014 Kathy Schiffer

News broke this week that over the weekend of March 29-30, a vandal destroyed statues and altars in four prominent Viennese churches.

At Lazaristenkirche, nearly all of the statues and side altars were destroyed.  Statues were damaged at the Breitenfeld church in Josefstadt, the Neuottakring church in Ottakring, and the Cathedral of St. Stephen (Stephansdom) in Vienna.

Cardinal Christoph Schonborn, archbishop of Vienna, described the destruction as “so far the worst act of vandalism in my time as Archbishop.”  He expressed shock at the devastation, and added that he hoped the perpetrator or perpetrators did not know what they were doing.

According to reports, a 37-year-old man from Ghana had been detained by police after he was found in the act of vandalizing the Stephansdom.  Police released him, though, before learning that the three other churches had also been damaged.  At this point, they have been unable to find him and he has not yet been recaptured.

I can’t tell you much about the first three churches; but I visited the Stephansdom in 2003 or ’04, while leading a pilgrimage in Vienna.

At the time of our visit, a restoration was underway; so bas relief statues and stucco images on the exterior were shielded from falling debris by protective netting which obstructed the view a bit; but still, my photos show some of the remarkable details.  Here (left) is the statue affectionately dubbed by the locals “Christ with a Toothache” because of the pained expression on his face.

The main entrance of the church is named the Giant’s Door, or Riesentor.  When the foundations for the north tower were dug in 1443, workmen unearthed the thighbone of a mastodon; that giant bone hung over the Giant’s Door for decades, giving it its name.

One of the most notable features of the cathedral is its elaborately tiled roof.  Some 230,000 brightly colored tiles help to form the elaborate pattern.

Beside the entrance to the basilica’s catacombs is the Capistran Chancel. The chancel was the original pulpit for the cathedral, but it was moved to its current location on the exterior wall in 1515.  In 1456, St. John Capistrano and Hungarian general John Hunyadi preached a crusade from this pulpit, effectively holding back Muslim invasions of Christian Europe.

The Stephansdom was the parish church of Wolfgang Amadeus Mozart when he lived at the “Figaro House.”  He was appointed an adjunct music director here shortly before his death.  He was married here, and two of his children were baptized here, and his funeral was held in the Chapel of the Cross.

Cardinal Schonborn, whose home church is the Stephansdom, called for people not to be discouraged in the wake of the vandalism.  He promised that the churches will remain open for all people, even during the repairs.

St. Stephen’s Cathedral has been saved from destruction at least once before.  During World War II, Commandant Joseph Dietrich, leader of the retreating German forces, gave the order for a hundred shells to be fired at the Cathedral, leaving it in just debris and ashes.  Captain Gerhard Klinkicht disregarded the order, and the cathedral was saved.

And in 1945, the roof caught fire and collapsed when fires spread from nearby shops to the cathedral itself.  The fires had been started by civilian looters as Russian troops entered the city. 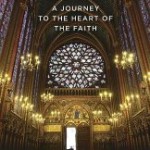 April 1, 2014
Happy Are We: Father Robert Barron Unpacks the Teachings of Jesus
Next Post

April 2, 2014 Vatican Protester Cools His Heels in Jail Cell
Recent Comments
5 Comments | Leave a Comment
Browse Our Archives
get the latest from
Catholic
Sign up for our newsletter
POPULAR AT PATHEOS Catholic
1

Your Choice: The Eucharist or the...
On the Catholic Beat
Related posts from Seasons of Grace

The Lady of LaBelle
I was at the bus stop with Rosie. Someday, when this...
view all Catholic blogs
What Are Your Thoughts?leave a comment
Copyright 2008-2020, Patheos. All rights reserved.