A new low for performance art: In the city of Pamplona, Spain, artist Abel Azcona used consecrated hosts to spell out the word “Pederasty” in Spanish on the sidewalk; the display was photographed, and featured in an exhibit in a city-operated public art gallery.

Azcona is a controversial artist whose video performance project “Intimacy” features the artist engaged in raw sexual activity with other males. In the first stage of the project, Azcona explains, he attempts to show the “intimate emotional bonds” with the artist Juan Yuste,

“with whom he had a partner relationship for the last months of 2013…. further stages shall be recorded from now on with different collaborators during the life of the artist.”

In this latest shocking presentation, part of an exhibit titled “Buried,” photos show Azcona spreading the Body of Christ on the pavement: He uses 242 consecrated hosts which he procured by pretending to receive Holy Communion at Mass. The Hosts themselves were displayed beside the photos, until a private citizen removed them from the exhibit.

An equal opportunity insulter of religion, Azcona also created the controversial “Eating a Koran” video in which he is shown tearing up a Koran and then eating it, page by page. For that presentation, he received death threats.

Despite Azcona’s belligerent portrayals of anti-religious motifs, one can almost feel sorry for him after reading his bio on the artist’s Vimeo site. It tells of a tragic childhood marred by abandonment and maltreatment by his prostitute mother:

His artistic exploration considered highly biographic looks into his own childhood, scarred experiences of abuse, abandonment, and child maltreatment, being his biological mother a key reference of his experience and therefore of his artistic craft.

The feeling of abandonment experimented for the first time because of his mother, who practiced prostitution, and his pass through multiple child shelters, mental institutions and different foster homes, are determinant to the way Azcona expresses himself.

His life experience, marked by drugs, prostitution, or several suicide attempts during his adolescence, are linked to his creation and so he doesn’t hesitate to share with the viewers through his work. In his works on this intimacy, Azcona is known for experiencing pain and physical stamina, exposing himself to beatings, intoxications, aggressions and various tortures both physical and psychological, and doesn’t cower to confront himself.

Azcona tells us that when inner pain is so intense, outer pain can disappear; uses pain to empathize with his own feelings and own experiences during childhood and teen ages. Also, he assures that when he practices self-harm, it’s his own choice to alter the shape of his body, as opposing to an abused child or woman, without a chance to decide. A resilient Azcona, creator of a cathartic work as a mean of self knowledge and personal construction.

The Archbishop of Pamplona-Tudela, Archbishop Francisco Perez, has announced that he will celebrate a Mass of Reparation in the cathedral on Wednesday, November 25.  According to the Spanish-language newspaper Noticias de Navarra:

In a statement to the media, the Archbishop said that this “is a serious desecration of the Eucharist, a fact that deeply offends the Catholic faith and feelings, and violates religious freedom.”

Therefore, the Archbishop expressed his “strong condemnation of these painful facts which constitute an attack on the faith of that Catholic community of the faithful of this Archdiocese and of all Catholics.”

And now, the legality of the offensive exhibit has been challenged. According to a report by Catholic News Agency,

The Christian Lawyers Association has filed a lawsuit against Azcona for violating Spanish law. It has said the city council must pull the display by Thursday or face legal action itself.

Maider Beloki, a councilwoman from the city’s Department for Culture, presented the exhibit, which is titled “Buried.” The Hosts were laid out on display until a private citizen removed them from the art exhibit.

Polonia Catellanos, spokesperson for the Christian Lawyers Association, told CNA that the association has filed a lawsuit against the author of the display for “an offense against religious sentiments and desecration.” The offenses are illegal under Articles 524 and 525 of the Spanish Penal Code.

“We’ve also given the Pamplona City Council until Thursday to close down the art exhibit. If they don’t do it, we’ll expand the lawsuit to include charges of complicity and necessary cooperation,” Castellanos stated.

As of Monday evening, November 23, more than 75,000 individuals had signed a Change.org petition asking the Pamplona city council to immediately and totally remove the exhibit.

November 24, 2015
Ordinariate of the Chair of St. Peter Just Got Its First Bishop
Next Post

November 25, 2015 New Book Tells the Story of Mike Huckabee: A Man of the People
Recent Comments
17 Comments | Leave a Comment
Browse Our Archives
Related posts from Seasons of Grace 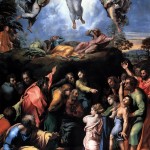