On August 6, Gay Marriage Goes Back to Court in Michigan

The Sixth Circuit Court of Appeals has set August 6 as the date to hear oral arguments in the case brought by Jayne Rowse and April DeBoer, a lesbian couple who wanted to be permitted to marry in their home state of Michigan.

In March, U.S. District Judge Bernard Friedman struck down the voter-approved Michigan Marriage Act which prohibited marriage between members of the same sex, calling it unconstitutional.  His decision was put on hold by the appeals court, however–but not before hundreds of couples were wed in municipal buildings in four Michigan counties:  Oakland, Washtenaw, Muskegon and Ingham.  Those counties opened their clerks’ offices for special Saturday hours.

On May 14, on behalf of the diocesan Catholic bishops in the state, Michigan Catholic Conference filed an amicus brief with the Sixth Circuit Court of Appeals, petitioning the Circuit to defend the 2004 voter-approved amendment to the Michigan constitution that defines marriage as the union of one man and one woman. The Michigan Marriage Amendment, which nearly 2.7 million voters supported in 2004, was strongly endorsed by the Michigan bishops. The Michigan Catholic Conference brief was filed in support of the state’s effort to appeal a lower court’s ruling that found the Michigan Marriage Amendment unconstitutional.

Also on May 14, an amicus brief in support of the state’s case was filed by the United States Conference of Catholic Bishops (USCCB), joined by the National Association of Evangelicals; The Church of Jesus Christ of Latter-Day Saints; The Ethics & Religious Liberty Commission of the Southern Baptist Convention; and the Lutheran Church—Missouri Synod.

WXYZ-TV, the local ABC affiliate, reports that the August 6 appeal will be heard by a three-judge panel.   Similar appeals are up for consideration in Kentucky, Ohio and Tennessee.

May 22, 2014
"We Are Church" Movement Leader Is "Shocked" by Her Excommunication
Next Post 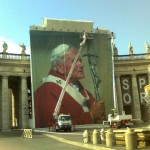 May 23, 2014 "Beauty Has Already Saved the World" - St. John Paul II's LETTER TO ARTISTS, As Read by Students
Recent Comments
0 | Leave a Comment
Browse Our Archives
Related posts from Seasons of Grace