CALL NO MAN FATHER: At Facebook, Priests – NO; Cross-Dressers – YES.

Last month, the social media giant Facebook cracked down on Catholic clergy, aggressively implementing its longstanding policy which forbids the use of titles or honorifics, forcing priests to remove the title “Father” before their user profile names.

On Facebook people connect using their real names and identities.

In the Help Center, there’s a longer explanation of that policy (emphasis mine):

Facebook is a community where people use their authentic identities. We require people to provide the name they use in real life; that way, you always know who you’re connecting with. This helps keep our community safe.Please refrain from adding any of these to your name:

In implementing the policy, Facebook is consistent–although in the case of Catholic priests, deacons and religious sisters, demanding that the title be removed demonstrates a lack of understanding on the part of Facebook’s administrators.  Priests really DO use their titles, and their friends really DO call them by that name.

I might disagree with the policy implementation, but I would grudgingly accept it–were it not for one thing.  At the same time that Facebook was clamping down on the use of religious titles, they issued an apology to members of the cross-dressing community and reversed their position regarding queer stage names.  That means that the man who calls himself by the stage name “Lil Miss Hot Stuff” or “Sister Roma” will be permitted to use that name without Facebook’s insisting that he conform to the community standard.

In a clean-up like the one currently affecting priests, Facebook had deleted several hundred accounts belonging to self-described drag queens and members of the LGBT community.  But the indignant response from cross-dressers forced Facebook to revisit the policy.  According to the Daily Mail, a group of transvestites in San Francisco claimed it was “their human right to identify as their alter-egos.”

Over on Facebook, priests and deacons have reacted with creativity to the policy enforcement that strips them of their titles.  Some, like popular television chef and author Father Leo Patalinghug, have pushed their title together with their first name (FatherLeo); and so far, Facebook hasn’t caught the policy violation.  Others, like author and Fox News correspondent Father Jonathan Morris, have hyphenated their names (Father-Jonathan).  Still others, like Father Robert Barron, have apparently been skipped over in Facebook’s clean-up because they have a “public profile” page rather than a personal page.

Father James Bradley, a blogger who is part of the Personal Ordinariate of Our Lady of Walsingham, goes by “James” while retaining his identity by wearing his Roman collar in his profile pic.  So has Father Steve Grunow, CEO at Word On Fire Catholic Ministries, who is now just “Steve” according to Facebook.

Within days, new profile pics had popped up.  This one, of the word “Fr.” with a Roman collar, fits nicely in front of Father John Higgins‘ first name: 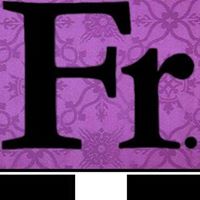 And this one, from the profile of Father Donald P. Malin of Pagosa Springs, Colorado, is understated but gets the point across.  “Donald” is a priest. 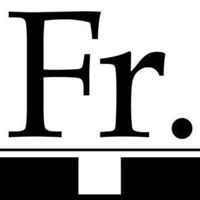 So life goes on, regardless of Facebook’s random policy changes.   I’d suggest, though, that the Catholics who comprise a strong minority (certain more than the cross-dressers) among Facebook’s members continue to make their voices heard.  The title “Father” is a sign of respect for our priests; it is in general use by the public; and it should be permitted.

March 5, 2015 Catholic Media Unite in Opposition to the Death Penalty
Recent Comments
9 Comments | Leave a Comment
Browse Our Archives
get the latest from
Catholic
Sign up for our newsletter
POPULAR AT PATHEOS Catholic
1

Catholic
Ordinariate of the Chair of St. Peter Just...
Seasons of Grace
TRENDING AT PATHEOS Catholic