Was Raul Castro Joking About His Return to the Church?

Was Raul Castro Joking About His Return to the Church? May 17, 2015 Kathy Schiffer

So what do you think:  Was Cuban President Raul Castro mocking Pope Francis when he said that the Holy Father had inspired him, that after reading his speeches and becoming impressed by the Pope’s “wisdom and modesty,” he might consider returning to prayer and returning to the Catholic Faith?

By Agecom Bahia [CC BY 2.0 (http://creativecommons.org/licenses/by/2.0)], via Wikimedia CommonsBerta Soler, head of the Cuban human rights movement “Ladies In White”, thinks so.  In an interview with Spanish radio station Onda Cero, Soler claimed that Castro was

“…mocking the Holy Father when he said that he might return to the bosom of the Church. He has never believed in Christ and he never will.”

I’m not so sure. Here in the U.S., the major media took the Cuban President pretty much at his word. USA Today reported that Castro, in a news conference at the office of Italian Premier Matteo Renzi after the Vatican talks, said,

“When the pope goes to Cuba in September, I promise to go to all his Masses, and with satisfaction.”

And the Cuban leader seemed truly grateful for Pope Francis’ brokering of the deal between the island nation and the United States, just ninety miles away–opening relations for the first time in 53 years.

The New York Times reported that Cuba seems to be softening its anti-religious stance under Raul Castro. Cuba’s Communist government had for years restricted religious worship and promoted atheism–but Pope John Paul II’s welcome of Castro’s older brother, Fidel, to the Vatican in 1996, and Pope John Paul’s subsequent visit to Cuba two years later, seemed to signal that Cuban government was ready to show a greater tolerance toward faith. In 2012, Pope Benedict XVI visited the island nation for the first time. Since that time, Cuban Catholic bishops have received permission to build a new church on the island–the first church to be permitted since the Communist regime assumed power in 1959.

“I am from the Cuban Communist Party that doesn’t allow believers, but now we are allowing it. It’s an important step.”

The Associated Press also considered the Cuban leader’s comments to be sincere. However, Mary Anastasia O’Grady, writing in the Wall Street Journal, was more skeptical. She suggested that the Pope’s embrace of Castro was a “Trojan Horse plan” and interprets the cordial meeting as no more than the Pope’s

Once inside the gates of Cuban hell, O’Grady believes, the Pope will “unleash an army of angels.”

I’ve been pondering the possible ramifications of the meeting between the Catholic pontiff and the Communist president. What can it mean for the future of the Church in Cuba?

For one thing, I don’t think Pope Francis was hiding his cards, as O’Grady seemed to imply. This pope’s style is nothing if not transparent–and Pope Francis has consistently welcomed saints and sinners, people from the margins of society, people of other faiths and people of no faith.

I’m also unconvinced by Berta Soler’s claim that Castro was mocking religion. There have been too many signs of rapprochement. It begins to seem that the Communist regime is simply tired of being the bad guy, and ready to join other nations in permitting its citizens to exercise their faith.

An interesting thing about Pope Francis: While he disappoints some, especially among conservative Catholics, with his generosity toward those at the margins of society, his outstretched arms offer welcome to those who seem farthest from the ideals of the Faith. He’s extended a warm welcome to the homeless and underserved, to homosexuals, to the divorced and remarried, to feminists and transgenders, to convicts, to many other groups which have been outside the loving arms of the Church. In welcoming them, he hasn’t softened Church teaching–but he’s been willing to meet them where they’re at. Once they’re listening, he can then lead them to greater understanding of God’s will for their lives.

Speaking to an audience of bishops and cardinals in February 2015, the Pope warned the hierarchy not to be “a closed caste” but to lead in reaching out to all who are rejected by society and the church. Religion News Service quoted his remarks regarding Jesus’ curing of the leper:

“There are two ways of thinking and of having faith: we can fear to lose the saved and we can want to save the lost.”

In Pope Francis, the Holy Spirit seems to have given us a pope for this age, an age when the numbers of the unconvinced and the unchurched is high. May God bless his pontificate with many conversions. And if it be His will, may Raul Castro be among them. 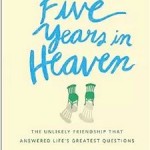 You Lost Me at Kavanaugh.
Public Catholic
Related posts from Seasons of Grace