The victory was brief. Last year’s Supreme Court victory for Hobby Lobby has little meaning today, because the Obama Administration has just circumvented the law to extend contraceptive benefits to all.

And who’s paying for it? Why, you and I, of course, through our tax dollars!

The case involving the Green family’s Hobby Lobby stores went all the way to the U.S. Supreme Court; and last June, the Court ruled that some private companies can be exempted, on religious grounds, from an Affordable Care Act requirement that employer-sponsored health insurance policies must cover contraception. The Green family, owners of Hobby Lobby, had objected to providing coverage for the morning-after pill because of their deeply held religious beliefs.

But on Friday, July 10, the Obama Administration issued its final rules for employers who morally object to covering birth control in their health insurance plans; and guess what? There’s an “accommodation” which ensures that all women, unless they work for a place of worship, will still get their free birth control–even if their employers refuse to pay for it.

Here’s how it works: Under the final rule, a for-profit company (such as Hobby Lobby) may still object to covering contraception in its health plan. The company would need to then write a letter to the Department of Health and Human Services, stating its objection. HHS will then enlist a third-party carrier to provide birth control coverage at no cost to the employees.

The justification for the accommodation is explained by Sylvia M. Burwell, Secretary of Health and Human Services:

“Women across the country should have access to preventive services, including contraception… At the same time, we recognize the deeply held views on these issues, and we are committed to securing women’s access to important preventive services at no additional cost under the Affordable Care Act, while respecting religious beliefs.”

Why the Government’s Love Affair With Contraception?

But why, one might ask, does this Administration insist–even to tweaking the legislation yet again–on providing free contraception, even and including the morning-after pill?

The cost for birth control pills, according to U.S. News and World Report, ranges from $15 to $50 per month. A cervical cap costs between $15 and $50, and lasts for approximately two years. Condoms are available at some health clinics for free; but even if a couple must pay for them, they typically cost between 20 cents and $2.50 apiece; so a couple who used a condom twice weekly would spend an average of $150/year.

But wait: Isn’t protection against life-threatening diseases more important than the promise of uninhibited sex with no risk of conception?

Apparently not, since there has been no government initiative to assist patients with heart disease or diabetes to pay for their life-saving medications.

Contrast the negligible cost of birth control for the uninsured with the much higher cost for medications to treat life-threatening diseases such as heart disease and diabetes.

This Administration has determined, for some reason, that the single most important health benefit, the one which Americans cannot do without, is free birth control.

So Why Do Catholics and Most Other Pro-Lifers Oppose Some Forms of Birth Control?

The Catholic Church teaches that sex is a great good, but is intended only for married couples (one man and one woman). That’s because the sexual act was created by God with two purposes: the unitive (to bring the spouses closer together) and the procreative (the conception and raising of children in a family). A Catholic who accurately follows the teaching of his/her Church will oppose all forms of birth control, since all interrupt one of the purposes of sexual relationship–namely, the procreative.

Aside from that, though, there is an important distinction between pills which control birth (that is, prevent conception) and those which are abortifacients. Hobby Lobby’s employee benefits package has always included coverage for many different types of birth control, including:

Only four types of “birth control” were not covered in Hobby Lobby’s original employee benefit package: Plan B, which is also known as the “morning after pill,” Ella, another emergency contraceptive, Copper Intrauterine Device and IUD with progestin—forms of birth control that can cause abortion by preventing implantation of the fertilized ovum in the wall of the uterus.

Many, even those who disagree with the Catholic Church’s stance on other methods of contraception, agree that intentionally flushing a newly-conceived child down the toilet is wrong.

Catholics and many other Christians look to the Scriptures to find out what God thinks about the unborn child in these earliest moments after conception. In Jeremiah 1:5, God revealed that he had a plan for the prophet Jeremiah from his earliest days–in fact, from before his creation in the womb:

“Before I formed you in the womb I knew you, And before you were born I consecrated you; I have appointed you a prophet to the nations.”

And in Psalm 139:13-14, the psalmist acknowledges God’s hand in his development, from the earliest moments of conception:

For You formed my inward parts; You wove me in my mother’s womb. I will give thanks to You, for I am fearfully and wonderfully made; Wonderful are Your works, And my soul knows it very well.

Now you can “like” SEASONS OF GRACE on Facebook–so you won’t miss a single article. 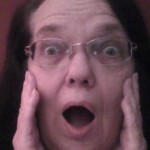 July 10, 2015 Three Things That Make Me Go "WHAT!?#@?"
Recent Comments
147 Comments | Leave a Comment
Browse Our Archives
Related posts from Seasons of Grace