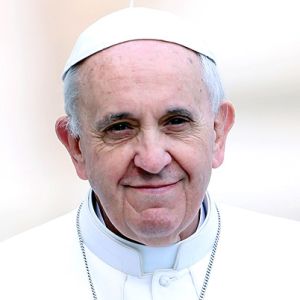 Pope watchers are still reviewing and analyzing the talks which Pope Francis delivered while in the U.S.–his presentation at the White House, before the Congress, to prisoners, to the victims of sexual abuse and their families, to the Bishops, to attendees at the World Meeting of Families.

But news of the most interesting meeting of all has just come to light: Apparently, Pope Francis met secretly with Kim Davis, the Kentucky county clerk who has refused to issue marriage licenses to same-sex couples.

Robert Moynihan broke the story in Inside the Vatican, after getting confirmation from Vatican sources and Kim Davis’ attorney. Ryan Fitzgerald, a staffer at Michael Voris’ Church Militant apostolate, also published the report.

According to Inside the Vatican:

It was, arguably, the most significant meeting, symbolically, of the entire trip.

It should, therefore, be brought to the attention of the public, both in the Church, and in the secular world.

That the meeting occurred may, perhaps, spark controversy. This is evidently why it was kept secret. The Vatican evidently feared the “politicization” of a “pastoral trip” which clearly wished to emphasize the encounter with Jesus Christ, with the poor, with the faithful, with the handicapped, with children, and with all Americans of whatever background.

But there was also, evidently, a desire to meet with a person who has taken a controversial stand out of conscience.

The meeting is a fact, and facts are the material of which reality is composed, and human beings, though they cannot, as T.S. Eliot said, bear very much reality, strive nevertheless to live in reality. And reality cannot be understood without knowledge of the facts. Of what really happened.

On Thursday, September 24, in the afternoon after his historic address to Congress, just a few minutes before flying to New York City, Pope Francis received, spoke with, and embraced Kim Davis — the Kentucky County Clerk who was jailed in early September for refusing to sign the marriage licenses of homosexual couples who wished to have their civil marriages certified by the state of Kentucky.

The Davises had come to Washington DC because Kim was to receive an award on Friday, September 25, from the Family Research Council.  Pope Francis had been reading about her story in the media, and requested a meeting with her.

Responding to a question from ABC News’ Terry Moran, the pontiff addressed the related issues of religious liberty and conscientious objection in his press conference on the plane returning to Rome. No doubt Pope Francis had Kim Davis in mind when he said:

It (conscientious objection) is a human right. It always moved me when I read, and I read it many times, when I read the “Chanson de Roland” when the people were all in line and before them was the baptismal font and they had to choose between the baptismal font or the sword. They had to choose. They weren’t permitted conscientious objection. It is a right and if we want to make peace we have to respect all rights.

Asked by Terry Moran whether that should apply also to government employees, the pope confirmed:

The Pope’s itinerary during his U.S. visit also included a brief visit to the Little Sisters of the Poor, the religious order who are “not religious enough” in the eyes of the Obama Administration to qualify for a religious exemption from providing contraception to their employees, as required by the HHS mandate.

Resurrection Debate #2: Date of Jesus' Death
. . . Including the Analogy of Historical Skepticism Against Many Renowned...
view all Catholic blogs
What Are Your Thoughts?leave a comment
Copyright 2008-2021, Patheos. All rights reserved.
error: Content is protected !!