Persephone is often seen only as the maiden taken to the Under World against her will, but there is so much more to her than that. In fact, she became the fierce Queen of Hell ruling over her domain very much the equal to Hades while saving humanity by adapting the climate to give us the growing season. To put Persephone’s story into a contemporary context, we can classify her as a Goddess of Adaptation because of how she transformed herself, managed her relationships and turned the wheel of the year.

While we can relate to her struggle against the powers-that-be, I fear that the popular version of Persephone is one that is acceptable since it conforms to the long standing gender roles that have followed her since her tale was first told over 2,000 years ago. I know a bit about how the gatekeepers of information influence popular belief about a Goddess, since Hekate has been restricted like Persephone at the hands of the patriarchal writers down through time. In recent decades, our understanding of Hekate has greatly expanded beyond the limited roles of Queen of the Witches and Goddess of the Under World. It’s time for our thinking about Persephone to undergo a similar shift. While Hekate has emerged as a complex goddess with many roles, Persephone’s roles in the ancient texts are a bit more limited, but no less diverse.

About Cyndi Brannen
Cyndi Brannen is an author and teacher at the crossroads of psychology, spirituality and traditional goddess wisdom. You can learn more about her work at keepingherkeys.com You can read more about the author here.
Previous Post 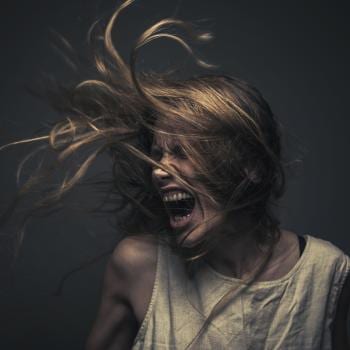 Pagan
Wild One, Rage On
Keeping Her Keys