November is Hekate’s month. There are two nights honoring her, Night of Hekate of the Underworld and Night of Hekate of the Crossroads. The long nights provide her witches’ with much darkness in which we can work our magick and honor our queen. This is the time of the year for death walking, whether as a guide assisting the restless dead on their way or through exploring the parts of ourselves that long to be let go. The season of her poisons that banish and bless. Gone are the flowers of the sun, herein remain the eternal poisons of aconite, foxglove and more. This is the time for dedicating oneself to Hekate or performing a self-initiation ritual as one of her witches. Hail the Hekate of November!

November is the month where I feel the most at home. Here on the Atlantic coast of Nova Scotia, the trees are barren, the ocean moans and the darkness comes early.  I roam the night, enveloped in the fog’s velvet embrace. This is where I find my Hekate. At this crossroads between the everyday world and the unknown. To me, November is Hekate’s Holy Month. I know that some of you don’t care much for the word “holy,” but to me this time of enduring darkness is. Not surprisingly, there are two special days dedicated to my favored goddess during November. Hekate’s chosen are her witches and the marginalized. Honor her well by helping those shunned by society during this month or anytime.

Read: Hekate: Guardian of the Marginalized

Celebrating Hekate in November: The Underworld and the Crossroads

Both of the November Hekatean celebrations are modern in origin. Her Underworld aspects are honored on November 16. We can meet her at the crossroads on November 30. Some view Hekate’s Underworld roles as frightening. While they can be intimidating, I have have always taken comfort in some of the more frightening ones. I wrote an article, Should We Fear Hekate?, that discusses this issue. There’s also a table with some of her Underworld epithets to be found in that blog.

The crossroads, a type of threshold, is central to Modern Hekatean Witchcraft. Hekate has been associated with them, especially the three-way version, throughout history. Hekate as Triformis is her three-formed embodiment overlooking the three ways; the past, present and future; and the realms of land, sea and sky.

Read my articles on Hekate and November

The Holy Darkness is Nigh: Hekate and November

Night of Hekate of the Underworld

Night of Hekate of the Crossroads

Learn more about Hekate as a Three-Formed Goddess

Witchery including mediumship, psychopompery and summoning spirits are all forms of death walking particularly suited for this time of the year. Refer to my article on Death Walking for more information. Hekate’s association with crossroads and the underworld really highlight her association with death walking witchery. She is the liminal queen of the spaces between this life and all others, including the dead and spirit guides. Consider a ritual seeking Hekate’s protection of, or ask her to connect you to, the spirits of the land connected to your home.

Persephone, who is so closely connected to Hekate, sits on her throne as the Queen of the Underworld during November. I have found that Hekate will guide me to Persephone when I seek the mysteries of the afterlife.

November is also the time to begin preparing for a rebirth at the Winter Solstice. I’ll be writing more about the process of dismemberment and death, as well as soul retrieval with a Modern Hekatean Witchcraft approach in the weeks ahead. November is ideal for petitioning Hekate to shine her torches on what you need to let go of.

Related to death walking, poisonous magick explores the use of noxious plants for both blessing and bane. Aconite, Hekate’s favored poison, is a complex botanical that would love for you to study her this month. Proceed with caution since this plant, also known as Wolf’s Bane, is extremely toxic. I had a lovely aconite that succumbed to the demands of my climate. According to myth, aconite came from Cerebus’ mouth. I feel that he, along with the rest of Hekate’s hounds, are most present during November. Honor your own hound during this month.

I use teeny dried bits in oils and potions, such as my Sovereignty Oil and my Blackberry Banishing Potion, both included in the poison altar I created for November. Other poisonous pretties from Hekate’s Garden in my altar are mugwort, foxglove, lavender, and rosemary who have all been recently harvested from my garden. Poppy seed also has a place, for its association with death. These are all safe in small quantities (unlike aconite), larger amounts can be very dangerous. Honoring the plants of Hekate’s Garden is an excellent way to connect with them.

November is the ideal time for dedicating oneself to Hekate, although I prefer to call this a commitment ritual. This is a deeply personal experience that is best done using a ritual of your own creation.

“Initiation is the process through which you acknowledge your proficiency as a witch. It is evidence of a certain level of skill as a practitioner of Modern Hekatean Witchcraft. While you’ve acquired the knowledge necessary to become an initiate through the content of the course, you’ve also gained deep understanding of Hekate, witchcraft and yourself. The two combine to produce wisdom, the true gift of initiation. Initiation also infers a serious personal commitment to practicing Modern Hekatean Witchcraft.” – from Keeping Her Keys: An Introduction to Hekate’s Modern Witchcraft.

Initiation is a very beautiful process that isn’t to be taken lightly. In Keeping Her Keys: An Introduction to Hekate’s Modern Witchcraft, there’s a chapter dedicated to the self-initiation process. Initiation is a form of rebirth when we let go of our fears and move boldly into our witch power. While the book won’t be released for a few more months, you can use the Great Goddesses Ritual for Unleashing Your Inner Witch as an initiation into Hekate’s witchcraft.

The darkest night of the darkest month is the ideal time to practice the Deipnon, especially for the first time as part of your commitment or initiation process. Noumenia is the night when the first sliver of the new moon appears. The perfect time for initiation. On this night, call upon the wisdom of the dead to help activate your intentions for the new lunar month.

May Hekate’s Dark Blessings Shine On You During November 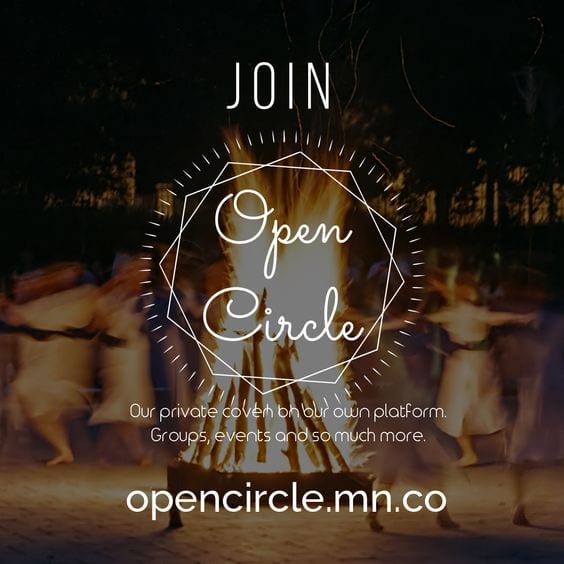 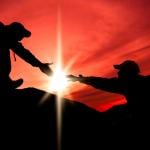 October 29, 2018
Ending the Insanity: Ways Non-Americans Can Help
Next Post 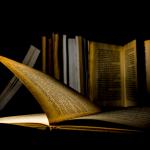 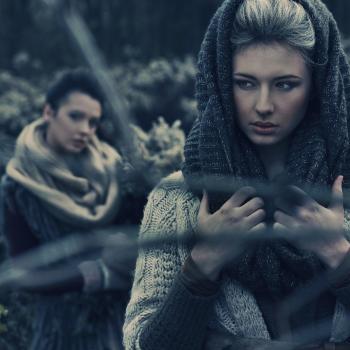