Whose Side is God on?

After the Great Flood, God began to reveal himself through one man, one family: Abraham and his descendants, who became the nation of Israel. In Genesis 12:3, we witness Yahweh’s promise to Abram, “I will bless those who bless you, and whoever curses you I will curse, and all peoples on earth will be blessed through you.” Hang on to that last part as we fast-forward.

Several hundred years later, those descendants groaned under the weight of Egyptian oppression. God remembered them and raised up a deliverer, Moses.

God spoke to Moses and said to him, “I am Yahweh. I appeared to Abraham, to Isaac, and to Jacob, as God Almighty, but by my name Yahweh I did not make myself known to them. I also established my covenant with them to give them the land of Canaan . . . I will take you to be my people, and I will be your God, and you shall know that I am Yahweh your God, who has brought you out from under the burdens of the Egyptians. I will bring you into the land that I swore to give to Abraham, to Isaac, and to Jacob.” ~ Exodus 6:2–8

After the escape across the Red Sea, the covenant at Mt. Sinai, and forty years of waiting, the next generation of Israelites were ready to cross the Jordan River and retake their homeland. But it wouldn’t be easy—the nations within were waiting for them, ready for war. The fortress of Jericho stood before them, first in line.

Not all Israel was Israel. By this, I mean that the nation included foreigners who had joined them during their forty-year desert wandering. These sojourners were welcomed in to live according to the Law just like the Israelites. In fact, the strangers were held to the same laws as the people of God. In this way, God’s people became a blessing to others.

Yahweh made no distinction between Israelites and the sojourners when it came to worship and covenant life. This proved beneficial for one particular, and notorious, sojourner. 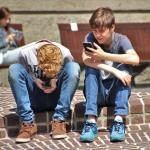 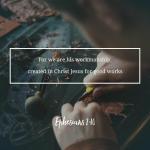 March 5, 2018 Worth Dying For
Recent Comments
3 Comments | Leave a Comment
"What a fantastic opening for open relaxed family conversation about these matters. As a mum ..."
Kathryn Farrell Did He Really Just Ask That ..."
"Misty,What a thought-provoking poem about this past year. It captures so many of the thoughts ..."
Christine Langford 2020: A Poem
"Thank you sincerely for this. I will continue to work toward learning in this. Your ..."
JustinTBC Why ‘All Lives Matter’ Misses the ..."
"Kelley, thank you so much for this wonderful review! I so appreciate it!"
Glenys Nellist Read This Book: ‘Little Mole Finds ..."
Browse Our Archives
Related posts from Kelley Mathews 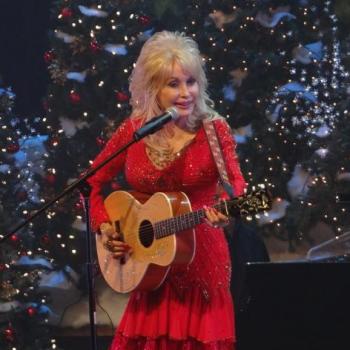