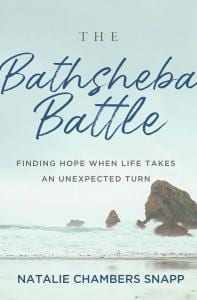 Has your life ever taken an unexpected turn, leaving you feeling hurt and stuck?  In The Bathsheba Battle (Abingdon Press), Natalie Chambers Snapp helps women find healing and hope when things haven’t gone as they had planned. Bathsheba, typically misrepresented as an adulteress, is one of the most misunderstood women in the Bible. Despite an unexpected turn in her life, which resulted in tragic circumstances beyond her control, there are glimmers of hope in her story. By studying her life, readers will find healing from their own painful pasts and hope for living the free and full lives God intends.

Q: You describe Bathsheba as one of the most misunderstood women in the Bible. How is she typically misrepresented?

Bathsheba is often portrayed as the adulteress—as though she was a vixen with the intent to tempt David and hopefully, take her on as his wife. However, the fact remains that she was a victim of David’s own desires and paid a very dear price for his sin. Sadly, victims can sometimes be blamed and, in the case of Bathsheba, that’s exactly what happened.

Q:  Can you share about a hardship or disappointment in your own life that provided the inspiration to write The Bathsheba Battle?

Absolutely! When I was in my late twenties, I was married to a man with a drug problem, but I did not know it. As many who have loved addicts understand, there are often behaviors corresponding with addiction that are not healthy for a young marriage and therefore, we divorced. Two months after I filed for divorce, my father, who was in and out of my life due to his own addiction issues, passed away unexpectedly.

Life had definitely taken a very unexpected turn and was not at all going the way I had planned. It was a dark season, and yet also the very season in which I became a follower of Jesus. My deconstruction led to my reconstruction. I have been remarried for fifteen years and have three beautiful children; however, periods of suffering have also been peppered throughout those years as well. Suffering is often cyclical and that has been true of my life!

Q: Who did you write The Bathsheba Battle for? How did you intend the book to be used?

The Bathsheba Battle is written for anyone who has ever asked the question, “Why me, Lord? Why do I have to suffer through this?” It’s written for anyone whose life has not turned out the way they had planned. And it’s written for those who want to learn how to embrace suffering and humble themselves to the trying, but beautiful, reconstruction of it all. I intended this book to be used as a great encouragement—Bathsheba is an inspiration! Towards the end of David’s life, we see a woman who has grown in confidence, grace, and wisdom. Her deconstruction led to a very inspiring reconstruction but her complete story is often unknown!

Q: You dedicate a chapter to trauma. Why is it so important to understand what trauma is and its effects on us?

Trauma is often misunderstood. More of us experience what would be considered trauma than we actually realize. Trauma is anything that causes us to separate our lives into a “before and after.” For example, my life changed trajectory after my divorce and the death of my father. There was a “before Natalie” and an “after Natalie.” It is extremely important to get professional help after experiencing trauma as it will impact our physical, spiritual, and mental health if we don’t. I am a firm believer in seeking counseling, and in fact, I’m in the process of becoming a licensed counselor myself!

Q: Do we always have the ability to choose how we respond to our situation? Why is this such a significant choice, especially when we must endure a consequence of someone else’s sin?

Yes, I believe we do. We can’t always control what happens to us, but we can always control how we will respond. Living life as a victim will ultimately make you feel powerless, depressed, and distrustful of people. It will lead to a life of bitterness, resentment, and anger. On the other hand, when we respond to our trauma with a humble heart and a willingness to be molded by our suffering, we feel empowered, strong, and able to help others when their time of suffering emerges. When we choose to live as victims, we give others power over our lives. When we choose to live as survivors, we understand that we possess the power ourselves.

Q: What is unique to shame as an emotion? What does shame do to us, and how can we work to overcome it?

Shame is very, very sneaky! Oftentimes, we confuse guilt with shame, but there are times when guilt can be a positive thing. Guilt tells us we did something wrong and need to make it right while shame tells us we are a terrible person and aren’t worthy of anyone’s love or respect. Shame takes healthy guilt and allows it to penetrate the walls of our souls until they crumble into a heaping mess. Just because I make a mistake doesn’t mean I’m a terrible, awful person. However, shame will try to make us believe that lie.

The first step in overcoming shame is identifying it. The second step is refusing to be a prisoner of shame by having grace with yourself. So often, I find I can easily extend grace to other people, but I have a harder time doing so for myself. This is because we hear the voices of shame telling us we shouldn’t! There is nothing biblical about living under these chains.

Q: What is the single most important thing you hope readers will learn from their study of The Bathsheba Battle?

I wrote The Bathsheba Battle because so many women approached me after speaking engagements to confide that they relate so much to Bathsheba. Yet, there is little out there on this remarkable woman of Scripture! My prayer is that those who are suffering will find hope in Bathsheba’s inspiring and remarkable story and choose to live as a survivor rather than a victim. I want others to see that they can emerge victorious and will if they place their hope and trust in God—who is closer to them during our periods of suffering than we can even imagine. Most of all, I simply want others to find hope, because hope is always present if we choose to see it. 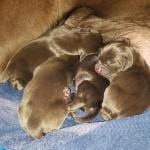 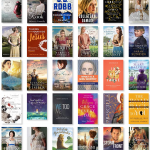 November 27, 2019 My Favorite Fifteen Books of 2019
Recent Comments
0 | Leave a Comment
"What a fantastic opening for open relaxed family conversation about these matters. As a mum ..."
Kathryn Farrell Did He Really Just Ask That ..."
"Misty,What a thought-provoking poem about this past year. It captures so many of the thoughts ..."
Christine Langford 2020: A Poem
"Thank you sincerely for this. I will continue to work toward learning in this. Your ..."
JustinTBC Why ‘All Lives Matter’ Misses the ..."
"Kelley, thank you so much for this wonderful review! I so appreciate it!"
Glenys Nellist Read This Book: ‘Little Mole Finds ..."
Browse Our Archives
get the latest from
Family
Sign up for our newsletter
POPULAR AT PATHEOS Family
1 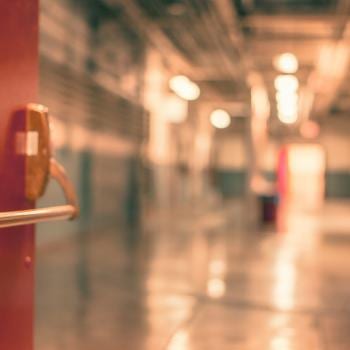