Oral Tradition: How We Got the Synoptic Gospels

In the beginning of my Christian life, like most Christians I was taught that the Apostle Matthew (Levi) wrote the Gospel of Matthew, “John, who also was called Mark” (Acts 12.25), wrote the Gospel of Mark, Luke wrote the Gospel of Luke (Colossians 4.14; 2 Timothy 4.11), and the Apostle John wrote the Gospel of John. Yet none of these four gospels reveal the name of their authors. Why? Perhaps it is because, in the case of the first three gospels at least, they were recording what was mostly oral tradition that church communities had developed beginning soon after the Christ event. Historians say that the names of all four NT gospels were not appended to them until perhaps into the second century.

That is what many New Testament (NT) scholars claim. But they also assert Markan priority and the previous publication of an hypothetical document consisting only of some of Jesus’ sayings that they identify as Q, meaning “source.” This approach to the first three (synoptic) gospels is called the Two Source Hypothesis. Thus, these scholars think the gospels of Matthew and Luke were highly dependent upon two already existing documents–Q and the Gospel of Mark–and that Mark used Q.

I researched and wrote my first two books in the mid-1980s. The Gospel (237 pages) was published first, in 1987, and The Gospels Interwoven (415 pages) was published one month later. The Gospel is a single-narrative harmony of all four NT gospels in the New International Version of the Bible. That is, it interweaves all of the material in the four gospels into one document. The Gospels Interwoven is a two-part book. Part One is the harmony that was published as The Gospel, and Part Two addresses the many harmonizing difficulties that are encountered when comparing these gospels. Such difficulties are keyed to the harmony text as a footnote number and stated in question form. Then the reader is referred to the page number in Part Two where solutions are provided for these questions by appealing mostly to what leading NT scholars say about them.

When I was compiling my harmony, I kept saying to myself that these historical-critical NT scholars cannot be fully right about their Two Source Hypothesis. Why? In comparing the synoptics, you keep running into evidence that seems to overturn their hypothesis.

For instance, it is well recognized that when all three synoptics record the same event and/or saying of Jesus, Mark generally is more brief than the other two synoptics. Yet there are several examples in which Mark has a much fuller account than one or both of the other synoptics. If Matthew and/or Luke used Mark in compiling their gospel, why did one or both leave out all of that material that Mark includes?

One example is the woman who suffered from a hemorrhage for twelve years (Matt. 9.20-22; Mark 5.25-34; Luke 8.43-48 NRSV). Matthew tells this story in only three verses, Luke in six verses, and Mark takes ten verses to tell it. Moreover, why would Matthew and Luke leave out Mark’s significant contributions to this human-interest story: (1) “she had endured much under many physicians, and had spent all that she had; and she was no better, but rather grew worse” (Mark 5.26); and (2) “Immediately her hemorrhage stopped; and she felt in her body that she was healed of her disease. Immediately aware that power had gone forth from him,…” (vv. 29-30).

So, neither Matthew nor Luke tell about the woman’s lamentable history with doctors, which is quite interesting and with which some people could no doubt identify. Luke does mention that Jesus said, “Someone touched me; for I noticed that power had gone out from me” (Luke 8.46). Yet Matthew says nothing about this second most interesting feature of the story that indicates something very important in christology–about how the power of God worked in Jesus when he performed healings.

An example of the same wording in Jesus’ saying is found in this very incident about the woman healed of her hemorrhage. Mark says Jesus said, “Who touched my clothes?” (Mark 5.30). But Luke says Jesus said, “Who touched me?” (Luke 8.45). And Matthew doesn’t record it. Yet all three synoptic relate that Jesus told the healed woman, “Daughter, your faith has made you well” (Matt. 9.22; Mark 5.34; Luke 9.48), with Mark and Luke adding, “go in peace.”

The reason is that at least the synoptic gospels should be primarily viewed as written oral tradition. That is, this is how Jesus was remembered. Two thousand years ago, a large majority of adults were iliterate. And authorities now know that, being iliterate, they were more adept at remembering than we are. Since they relied only on memory and not written documents in order to recall the past, they developed more sophisticated ways of remembering than we do. Plus, immediately after what scholars call “the Christ event” (Jesus’ life, death, resurrection, ascension), people who were eyewitnesses of Jesus gathered together and tried to remember what he did and what he said. Eventually, some of these gatherings developed into church communities.

Thus, most scholars now say that the Gospel of Matthew was produced by a church community, which probably included the Apostle Matthew, and many of these scholars think it was the church at Antioch. Thus, they say that Matthew’s name probably was appended later to that gospel due to his involvement with that church community.

Of course, Jesus’ apostles would have been the premier eyewitnesses of what he did and said. Moreover, during the Last Supper, Jesus taught his apostles about “the Advocate, the Holy Spiritk who the Father will send in my name, will teach you everything, and remind you of all that I have said to you” (John 14.26).

Most of us know about some people who have what has been called “photographical memory.” But medical science now identifies even rarer folks who can remember almost everything they have ever experienced. This condition is called hyperthymesia, and the medical designation for it is “highly superior autobiographical memory” (HSAM).

I only mention this to show that some humans are capable of fantastic memory. It must be because they are able to extraordinarily use the memory portion of their brain. Surely God’s Holy Spirit could have caused this to happen with Jesus’ apostles. Moreover, when we all stand before the judgment after the end of this age, we will all give an account of our lives (e.g., Matt. 16.27; Luke 12.2-3; Romans 2.16; 14.10-12; 1 Corinthians 4.5; 2 Corinthians 5.10). For example, Jesus said, “I tell you, on the day of judgment you will have to give an account for every careless word you utter, for by your words you will justified, and by your words you will be condemned” (Matt. 12.36-37).

How will people be able to remember at the judgment so much of what they have said and done in their lives? The human brain is capable of remembering a lot more than we can remember right now. Perhaps God will merely tweak it a little at the judgment to cause us to remember. But then, those will be resurrection bodies we will have. Surely they will be more capable of memory than these decaying things we have now. Of course, there will be two kinds of resurrection bodies at the judgment. Daniel explains, “Multitudes who sleep in the dust of the earth will awake: some to everlasting life, others to shame and everlasting contempt” (Daniel 12.2 NIV).

As for the Gospel of Mark, church father Papius says Mark accompanied Peter as his interpreter on Peter’s missionary journeys in Italy, and as he did Mark wrote down Peter’s recollections of Jesus. But since Peter and John had been spending time at Jerusalem with the other apostles, they all surely would have been developing oral tradition there (Acts 8.14, 25). As for the Gospel of John, that is a different and more complex gospel that would take a separate examination.

Now, when it came to remembering what Jesus said, so often in the NT gospels the wording of that final saying of Jesus in some incident or parable that he taught is exactly the same in all three synoptics. Why? It was the punchline, and Jesus delivered it very briefly and succinctly. If we had been there as eyewitnesses and hearers, that is what we would have taken home with us the most, meaning that that is what we would have remembered the most, perhaps even remembering it verbatim.

Furthermore, when such eyewitnesses afterwards gathered together to remember Jesus, they would have remembered Jesus together. That is, various people would have said, “I remember him saying,” and then they would have stated it as they recalled it. And they probably would have settled on an agreement about exactly what they thought Jesus said.

Consequently, Luke informs concerning these oral traditions about Jesus, “they were handed on to us by those who from the beginning were eyewitnesses and servants of the word” (Luke 1.2 NRSV). But Luke also had in mind some written traditions that preceded his gospel when he adds, “I too decided, after investigating everything carefully from the very first, to write an orderly account” (v. 3). Yet, such a written account would have been meaningless to most of those people since they were iliterate. However, these written accounts would have served the church by being read often when the church came together.

Moreover, experts now tell us that ancient oral tradition was not only formed but performed. That is, early church communities further remembered Jesus by performing plays about these remembered incidents in his life. And these experts say that ancient oral tradition was often quite stable, thus not easily subject to change after having become established.

So, the primary reason for the differences in the NT synoptic gospels about incidents and sayings in the life of Jesus are that they were remembered slightly differently by different groups of eyewitnesses. But when you examine those differences, they almost never substantially affect the meaning of the story.

When I began to learn about this ten years ago, it affirmed to me my partial skepticism regarding the Two Source Hypothesis and actually strenthened my faith in the historical reliability of the synoptic gospels. How so? If the synoptic gospels pretty much represent oral tradition written, which oral tradition was formed soon after the Christ event, that scemario about the origin of these gospels makes than so much easier to believe than that someone wrote them without such aid forty, fifty, or sixty years later. 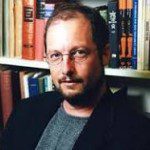 January 27, 2015 Paul Echoed Jesus on the Resurrection of the Saints
Recent Comments
0 | Leave a Comment
"That's not what people do...just move because you tell them to."
Daniel Johnson Right-Wing Israel Is Headed for Annexing ..."
"It's not the least bit surprising that the thirties, then and now, represents a peak ..."
Marc Wagner Was Jesus at the Peak of ..."
"It is unfortunate Mr. Zarley that you obviously have not research all the so called ..."
Bob Peacock Is Pope Francis Right, that “We ..."
"And depending on where a person is born in the world, one would have a ..."
Corky Is Pope Francis Right, that “We ..."
Browse Our Archives
Related posts from Kermit Zarley Blog