Is Islam a Peaceful Religion?

U.S. President Barak Obama refuses to use the term “radical Muslims” in identifying those people who call themselves “Muslim” and are members of terrorist groups such as Al-Qaeda and the Islamic State (=ISIL/ ISIS). Now he is getting pummeled for this refusal by Republican politicians, especially the Republican presumptive nominee, Donald Trump, for the U.S. presidential election this fall.

This week, President Obama again defended his refusal to use the term “radical Muslims” by saying these people do not represent the religion of Islam, which he repeatedly defines as “a peaceful religion.” He means that he does not regard them as genuine Muslims. Obama asked concerning the expression radical Muslims, “What exactly would using this label?” He has tried to separate ideologically such terrorists from Islam. Thus, he does not regard them as Muslims. Likewise, I don’t accept that some of the people who were responsible for the Medieval Crusades and The Inquisition were Christians.

Many of these Muslim terrorists read the Quran more than most Muslims do. And they gain emotional strengthen to carry out their terrorist acts by memorizing and meditating upon certain Quran texts.

Yet last year, President Obama said, “All of us [Americans] have a responsibility to refute the notion that groups like ISIL somehow represent Islam, because that is a falsehood.” One of the arguments in favor of this statement is that many of these terrorist acts committed in the Middle East by professing Muslims result in many of the victims of this terrorism being Muslims themselves.

After 9/11, U. S. President George W. Bush, himself a professing Christian, also characterized Islam as a peaceful religion. In doing so, he implicitly identified, as Obama has, those people who flew planes into our buildings and killed nearly 3,000 people as being non-Muslim.

I understand that argument because of my own Evangelical Christian religion, though many Evangelicals abhor describing their faith as “a religion.” Evangelicals generally do not accept people as Christians unless they have had a so-called “born again” experience. They mean a person must truly believe that Jesus is Lord, Savior, and the Messiah of Israel so that it affects how they live. And Jesus certainly was a man of peace. He taught his disciples to “love your enemies” and “turn the other cheek.” Similar to Obama rejecting members of Al-Qaeda and ISIS as Muslims, I question people who profess to be Christian, yet are warmongers, as being genuine Christians.

But Islam, like Judaism and Christianity, is based on a sacred text, in this case the Quran. And I have posted before about how questionable it is that Islam can be rightly characterized as a peaceful religion since the Quran has so many passages in it that command violence against “infidels.” And the Quran sometimes defines infidels as people who merely reject Islam, thus having nothing to do with how they live their lives concerning righteousness and unrighteousness. Plus, the Quran even sometimes advocates violence specifically against Jews and Christians. See a list of these Quranic texts in my post on February 21, 2015, “Does President Obama Read the Quran?”

Also this week, the Democratic presumptive nominee for U. S. president, Hilary Clinton, weighed in on this debate about whether or not to use the term “radical Muslims.” She prefers “Islamic radicals.” I am comfortable with this substitution. In fact, see my post on October 5, 2014, “What to Do About Homegrown Islamic Radicals.” The argument for using this term, and thus refusing the other, is it more precisely identifies those Muslims who demand that state governments institute Islamic Sharia law. But in the Middle East, that is not radical.

But how did Islam get started? Muhammed founded the religions of Islam in the seventh century. It is uncertain if he was literate. At age 40, he claimed to have experiences in which an angel visited him in a cave many times and dictated the Quran to him. He then reportedly related these Quran sayings orally to friends. Eventually these things got written down, whether immediately or later is unknown.

Although I have read most of the Quran, I know little about it origin. But as I read it, it is difficult for me to accept that all of it came from the same human being. Consequently, I question that some of the Quran came from Muhammed. Egyptian President El-Sisi seems to question the same thing. He is a Muslim and comes from a devout Muslim family. He has called for what seems to be a revision of the Quran largely because of these texts advocating violence against non-Muslim. See my post about this on January 8, 2015, “Did El-Sisi Say ‘Revise the Quran’?”

Much of the world is experiencing considerable trauma due to these terrorists who call themselves “Muslims”? The main question is what to do about it. It’s a big issue in our presidential election this year. But Islam itself is also going through some gut-wrenching questioning because of this. I think most Muslims in the world are peace-loving people who do not wish harm against people of other religions. Yet does Islam need to reexamine its sacred text, with a goal to revising it, so that the world can truly accept Islam as a “peaceful religion” that is not based on a religious text that advocates violence against people of other religions irrespective of how they live? 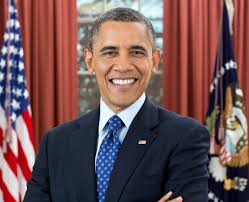