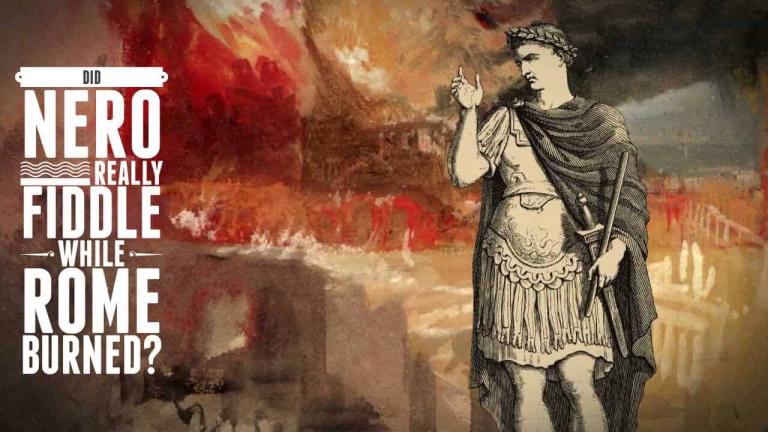 The Apostle Paul wrote in his magisterial, theologically in-depth, and lengthy letter to “all God’s beloved in Rome, who are called to be saints” (Romans 1.7 NRSV), that they should do as follows:

13.1 Let every person be subject to the governing authorities; for there is no authority except from God, and those authorities that exist have been instituted by God. 2Therefore whoever resists authority resists what God has appointed, and those who resist will incur judgment. 3For rulers are not a terror to good conduct, but to bad. Do you wish to have no fear of the authority? Then do what is good, and you will receive its approval; 4for it is God’s servant for your good. But if you do what is wrong, you should be afraid, for the authority does not bear the sword in vain! It is the servant of God to execute wrath on the wrongdoer. 5Therefore one must be subject, not only because of wrath but also because of conscience. 6For the same reason you also pay taxes, for the authorities are God’s servants, busy with this very thing. 7Pay to all what is due them—taxes to whom taxes are due, revenue to whom revenue is due, respect to whom respect is due, honor to whom honor is due.

One common example of failure to consider the Bible’s genres concerns Proverbs 22.6 (ESV). It reads, “Train a child in the way he should go; even when he is old he will not depart from it.” Many Christian parents have claimed this text as a divine promise. Thus, they have believed that God will not allow their children to depart from the Christian faith they taught them. But this is a misapplication of scripture caused by failure to realize that proverbs are not promises but wisdom sayings that are generally, but not always, true. That is, biblical proverbs are not meant to be applicable to every situation in life for all people.

I have had Christian friends who grieved at the waywardness of one or more of their children, even of some who have become agnostics or atheists, and these parents have cited Proverbs 22.6 as if it was a promise. Some have done so in hope that their children would return to the Lord, which might happen, or in perplexity that Proverbs 22.6 was not proving true of their child.

Another such text is Romans 13.1-7. It is sometimes misapplied due to a failure to realize Paul’s intent in writing it, that he was addressing a current situation in his time. Paul was a Roman citizen, and he was writing to the Christians at Rome, the capital of the Roman Empire. German scholars call this sitz im leben, meaning “setting in life,” which also means “situation in life.” Scholars generally think Paul wrote Romans in the late A.D. 50s.

Judea, Samaria, and Galilee were not part of the Roman Empire even though geographically located within the confines of it. They were in subjugation to the Roman Empire. Jews longed for the day when this would not be the case, so that they would be totally free citizens and be able to worship God freely.

One of Jesus’ twelve apostles, Simon the Zealot, apparently had been a member of the political-religious Zealot party that advocated the overthrow of Roman rule by all means possible, including armed force. The Zealots later instigated and led the First Jewish Revolt of A.D. 66-70. This suggests Paul could have been concerned, only a few years earlier, about Christians, especially Jewish Christians, obeying the Roman government.

Thus, Paul probably wrote Romans 13.1-7 with the current situation in mind. At that time, Nero (reign: A.D. 54-68) was the emperor. During the mid-60s to his suicidal death in 68, Nero became a tyrant who initiated the first, certain persecution of Christians in the Roman Empire.

For instance, in A.D. 64 a great fire broke out in Rome, starting in Circus Maximus. Many Roman citizens said the madman Emperor Nero started it on purpose. Nero deflected this accusation by unjustly blaming Jewish Christians for starting it. Besides feeding them to the lions for sport, he had hundreds of them crucified, attached to stakes, covered in tar, and burnt as human torches at night for amusement at his garden parties. Would the Apostle Paul have been telling those Christians that they should “honor” Emperor Nero as “the servant of God to execute wrath”? Hardly!

However, historians generally think Nero was not this way during his early reign. Thus, the Roman Empire was not persecuting or executing Christians in the years leading up to Paul’s writing of Romans. That is why Paul could write to the Christians at Rome to “be subject to the governing authorities” and that they “have been instituted by God.” He says that the empire’s “rulers are not a terror to good conduct, but to bad.” He can even say that they are “God’s servant for your good.” All of these exhortations apply throughout history to many political regimes, but certainly not to all. There have been many evil dictators throughout history and around the world who mistreated their citizens most brutally for no ethically justifiable reasons. Paul does not have in mind these exceptions to his general principles. Rather, he is addressing sitz im leben.

Esteemed, Roman Catholic, New Testament scholar Joseph A. Fitzmyer explains in his commentary on Romans (p. 664), “When Paul wrote Romans, ‘Judaism was on the brink of catastrophe as a result of its longstanding resistance to Roman imperialism. An emerging Christianity,… was inevitably caught up in the crisis of Jewish-Roman relations. What was the right posture to adopt toward Rome?'” Fitzmyer says Paul answers in Romans 13.1-7. Fitzmyer well explains, “Paul’s discussion of the relation of Christians to civil authorities, nevertheless, remains on the level of general principles.”

Romans 13.1-7 raises questions about governmental mistreatment of its citizens. Just think of the American Revolution or, much worse, Nazis-ruling Germany and its WWII Holocaust.

Closer to home, we Americans all know that we became a nation because the colonists revolted against the king of England’s highly unfair “taxation without their representation” in England’s Parliament. It resulted in the American Revolution.

Some American colonists who were Christians opposed that revolution, citing Romans 13.1-7. One was Benjamin Franklin’s son, a lawyer. Father and son had such a rupture in the relationship about the colonies revolt, and father Benjamin’s significant role in it, that the younger Franklin moved to England where he lived the rest of his life.

Paul goes on to say specifically in Romans 13.6-7, “pay taxes,… Pay to all what is due to them–taxes to whom taxes are due,… honor to whom honor is due.” The American colonists sure did not do any of that. If you apply what Paul says here to the American Revolution, then the colonists disobeyed what Paul says and therefore disobeyed God if Paul wrote under the influence of the Holy Spirit of God, as I believe he did. And I surely don’t need to say anymore about Adolf Hitler and the Nazis.

Moreover, Christians could have been very opposed to Roman government officials since Roman Governor Pontius Pilate of Judea condemned and executed Jesus. Fitzmyer says Paul’s “knowledge of Pilate’s involvement did not deter him from recognizing the legitimate role that Pilate had as a civil authority.”

Fitzmyer continues concerning Romans 13.1-7 (pp. 664-65), “The passage has created a major problem in modern theological discussion because Paul’s teaching has at times been invoked to justify any sort of human government. The supposition running through vv 1-7 is that the civil authorities are good and are conducting themselves rightly in seeking the interests of the political community. Paul does not envisage the possibility of either a totalitarian or a tyrannical government or one failing to cope with the just rights of individual citizens or of a minority group…. Moreover, the concept of legitimate civil disobedience is beyond his ken. Paul is not discussing in exhaustive fashion the relation of Christians to governing authorities.”

It is the same with the apostle Peter in 1 Peter 2.17 which reads in the NRSV, “Honor everyone. Love the family of believers. Fear God. Honor the emperor.” Peter wrote this to the Jewish “exiles of the Dispersion in Pontus, Galatia, Cappadocia, Asia and Bthynia” (1 Pet 1.1), thus not to German Christians living under Hitler and the Nazi rule in the 1930s. And scholars believe Peter wrote this letter in the early 60s, probably before the fire at Rome in 64. Had Peter written it during Nero’s later rule, Peter likely would have had a different message. Thus, Bible believers need to be careful in applying scripture to diverse situations in other periods of history.

[Pastor Jack Wellman’s blog named Christian Crier is one of the most popular on patheos.com. I like to read it. His recent post, “What Does the Bible Say about Domestic Violence and Abuse?” caused me to interact with him in his Comments section of this post. That caused me to then write this related post. Notice Jack’s nice comment below.] 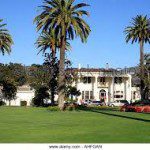 October 17, 2016
The PGA Tour's Brenden Steele Redeems Himself at Napa
Next Post

October 18, 2016 Hilary Clinton and The Fellowship
Recent Comments
0 | Leave a Comment
"I don't do novels. Not opposed to them. All of my eight books until my ..."
kzarley Musk Says “Twitter Is a War ..."
"On certain points, I must concur with you. Twitter reaches a huge number of individuals. ..."
Don Davies Musk Says “Twitter Is a War ..."
"Whether extraterrestrial or extra-demensional, make sure you're right with God.https://rightlydividingthew..."
David Tiffany U.S. Congress to Re-Open Inquiry about ..."
"I'm nobody, I suppose. I have no degrees after my name, but I am a ..."
Paul Pavao New Book Says All New Testament ..."
Browse Our Archives
Related posts from Kermit Zarley Blog

Progressive Christian
I Had a Good Mother
Kermit Zarley Blog 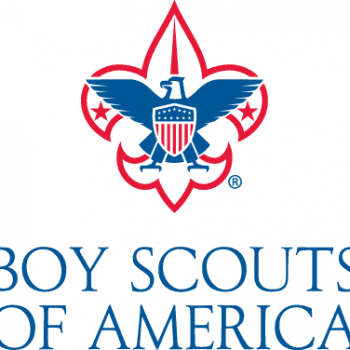