Is Jesus God in the Gospel of John?

Nearly all Christians have believed Jesus is God. Scholars call them “traditionalists.” And most scholars claim the foremost New Testament (NT) book that identifies Jesus as God is the Gospel of John. It contains the two most formidable NT texts that have been interpreted as declaring that Jesus is God, which are John 1.1 and 20.28. And this is the only gospel that includes two narratives in which Jesus was accused of “making himself equal to God” and “making yourself God” (John 5.18; 10.33). Traditionalists have wrongly accepted that these were correct accusations. On the contrary, both times Jesus refuted their charge (John 5.19-46, esp. v. 44; 10.34-38).

Liberal and historical-critical NT scholars, such as those of the Jesus Seminar, also assert the Gospel of John presents Jesus as God. Since the synoptic gospels do not, most of these scholars deem this gospel a fictional creation of the church and thus historically inaccurate. So, they rightly think Jesus was not God, but they wrongly think the Gospel of John says he is God. For instance, Ernst Kasemann called this gospel “naïve docetism.” He sarcastically wrote, “John changes the Galilean teacher into the God who goes about on the earth.”

Further, Albert Schweitzer acknowledged that the first scholars to allege a disparity between the Synoptic Jesus and the Johannine Jesus were skeptics D. F. Strauss and F. C. Bauer. Later, Rudolf Bultmann followed Wilhelm Bousset in proposing the Gnostic Redeemer myth as the primary basis of Johannine Christology. (The Greek word gnosis means “knowledge.”) It is about a heavenly being sent to earth to become man, redeem humankind by imparting enlightenment, and returning to heaven. But it was later discovered that this myth originated in Persia (Iran) in the 2nd century, thus well after the Fourth Gospel had been written and circulated.

So, the Gospel of John has been very misunderstood. Early in the history of Christian faith, Clement of Alexandria rightly described it as “the spiritual gospel.” It is because the Johannine Jesus uses so much figurative language (e.g., John 10.1-6; 16.25-30). Church fathers and scholars ever since have endorsed this description. Yet they often have ignored it in their interpretations of this gospel. That is, they have treated some of Jesus’ words literally when he meant them only metaphorically.

It is a grievous error to interpret the Gospel of John as saying Jesus is God. This gospel presents Jesus’ humanity and his subordination to the one and only sovereign God more than the synoptics do. And it contains the foremost verse in the Bible which shows that Jesus cannot be God. Jesus prayed to the Father, “And this is eternal life, that they may know you, the only true God, and Jesus Christ whom you have sent” (John 17.3). So, Jesus here calls the Father “the only true God,” and Jesus distinguishes himself from this God. Furthermore, the Johannine Jesus earlier had called the Father “the one and only God” (5.44). In both cases, Jesus affirms the Jews’ Shema, that God is numerically “one” (Deuteronomy 6.4).

John 1.18 has variants in the Greek manuscript evidence. The preferred Greek textual reading of it contradicts that Jesus is God. It says in English, “No man has seen God at any time; the only begotten God, who is in the bosom of the Father, He has explained Him.” Unbiased people would think this reading indicates two Gods. Some Greek manuscripts have monogenes huios, usually translated “only begotten Son,” which is more Johannine. But the earliest and supposedly best manuscripts have theos (God).

Over half of the NT texts that traditionalists cite to support their belief that Jesus is God have grammatical problems. The main one is John 1.1c. It usually is translated, “and the Word was God.” But “God” (theos) is anarthrous (without the article). This somewhat unusual grammatical construction is problematic. That is why Jehovah’s Witnesses wrongly translate it, “the Word was a god,” and some scholars render it “divine.” William Barclay is right: the New English Bible translates it correctly—“what God was, the Word was.” This says the Word was exactly like God, not was God.

Recently, narrative criticism has come into the forefront of biblical studies among scholars. This relatively new discipline takes a wholistic approach to a document. It is the antithesis of common biblical interpretation, which can be far too atomistic. It is very important to recognize this in the Gospel of John, which consists mostly of narratives that preeminently present Jesus as the revealer of God rather than God.

The most important way to see this wholistic approach to narratives in the Gospel of John is to recognize that its mini-prologue in v. 1, as well as its larger prologue in vv. 1-18, serve as an outline that links its elements to narratives having key statements or clauses that amplify that outline element. For example, using the NEB rendering of John 1.1c, Jesus being like God links especially to Jesus’ saying in John 14.9: “Whoever has seen me has seen the Father” (cf. 6.46; 12.45). Many people have misunderstood this. They think Jesus says he is the Father and that this means he is God. Trinitarian teachers rightly denounce this. In fact, Jesus next explains what he meant by saying twice, “I am in the Father and the Father is in me” (vv. 10-11; cf. 10.38; 17.21). Scholars call this truth the Mutual Indwelling.

In the Gospel of John, John the Baptist and Jesus seem to say Jesus preexisted. Many traditionalists have insisted this indicates he is God. But some of these texts merely signify rank (John 1.15, 30; 8.58). And in Jesus’ discourse on his being the bread of life come down from heaven, he means that spiritually, not literally (6.32-58, 63; cf. 8.23). Plus, his later mention of his glory is likely the preexisting Shekinah, not himself (17.5).

Ask biblical traditionalists, “Where in the Bible does Jesus say he is God?” They will likely answer, “In John 10.30 he said, ‘I and the Father are one.’” But its previous context reveals that Jesus meant only that they were unified in purpose and mission. And he later explained “one,” saying, “the Father is in me and I am in the Father” (v. 38; cf. John 14.10-11).

Most scholars claim the foremost biblical text which declares unequivocally that Jesus is God is doubting Thomas’ confession to the risen Jesus, “My Lord and my God!” (John 20.28). On the contrary, Thomas meant what Jesus taught him and Philip ten days prior, about seeing the Father in him (John 14.9-11). That is, Thomas then understood the Father indwelled Jesus, which is not the same as calling Jesus “God.”

Also, this author records only a few verses earlier that the risen Jesus said to Mary Magdalene, “go to My brethren, and say to them, ‘I ascend to My Father and your Father, and My God and your God’” (v. 17). She did and exclaimed to them, “I have seen the Lord” (v. 18). This context suggests the author understood Thomas to mean Jesus is Lord and the Father in him is God. And it is unlikely that the author would have Jesus identifying the Father “My God” and Thomas identifying Jesus “my God.”

Two verses later the author ends his gospel by saying, “Many other signs therefore Jesus also performed in the presence of the disciples, which are not written in this book; but these have been written that you may believe that Jesus is the Christ, the Son of God, and that believing you may have life in His name” (John 20.30-31). Saying Jesus is the Son of God is anti-climatic if it had just been said that he is God.

In sum, the Gospel of John is very historically reliable. It has been misinterpreted to say Jesus is God due to failure to recognize it as the spiritual gospel. Instead, it parallels the synoptics by declaring that Jesus is the Christ, the Son of God, not God. 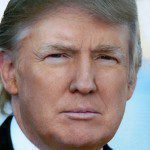 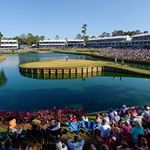 May 13, 2017 Third Round of The Players Championship--2017
Recent Comments
0 | Leave a Comment
Browse Our Archives
Related posts from Kermit Zarley Blog