Is the Church Doctrine of the Trinity in the New Testament?

Christology developed in the early centuries of Christianity. Church fathers believed that Jesus was God, but to a lesser extent than the Father was, and that Jesus’ divinity was derived from the Father. Also, they had no consensus about the Holy Spirit.

But all of this changed during the 4th century. In 325, the Catholic Church’s first ecumenical council, at Nicaea, officially declared that Jesus was fully God just as the Father is. Yet they did not come to a consensus regarding the constitution of the Holy Spirit until the Council of Constantinople, in 381. There, the Church officially established the doctrine of the Trinity, with the Holy Spirit as a full-fledged Person. The official church doctrine of the Trinity to this day—which is embraced by Catholics, Orthodox, and Protestants alike—is that God (=Godhead) is one essence consisting of three co-equal and co-eternal Persons: the Father, the Son (Jesus Christ), and the Holy Spirit.

These churches have never officially departed from this dogma, asserting that people must believe in this doctrine to be genuine Christians. The Nicene Creed pronounces a curse (“anathema”), and thereby condemns to hell, all people who do not adhere to this teaching. And Presbyterian theologian A.A. Hodge, being an example of Protestants, asserts that “it is essential to salvation to believe in the three persons in one Godhead.” And all of these traditionalists contend that the Bible supports this doctrine.

Many distinguished Christian scholars now acknowledge that the doctrine of the Trinity is not biblical and thus does not represent primitive Christianity. Hans Kung–world class theologian and Roman Catholic–asks of the Bible (bold type his), “Why is there never talk of the ‘triune God’?… throughout the New Testament, while there is belief in God the Father, in Jesus the Son and in God’s Holy Spirit, there is no doctrine of one God in three persons … no doctrine of a ‘triune God,’ a ‘Trinity.’” He further observes, “If we wanted to judge Christians of the pre-Nicene period after the event, in the light of the Council of Nicaea, then not only the Jewish Christians would be heretics but also almost all the Greek church fathers.” Kung concludes, “The theology which became manifest at the [first six ecumenical] councils led to a considerable alienation from the New Testament.”

Trinitarian scholars cite the following New Testament (NT) texts to support their viewpoint: Matthew 28.19; Romans 15.30; 1 Corinthians 12.4-6; 2 Corinthians 13.14; Ephesians 2.18; 4.4, 6; 1 Peter 1.2; Jude 20-21. Yet most of these scholars admit that these texts only mention the Father, the Son, and the (Holy) Spirit without indicating that they are co-equal Persons. Many of these scholars would agree with Vincent Taylor’s assessment, that “the Trinity is not an express New Testament doctrine.”

Thus, many Trinitarian scholars concede that their doctrine represents no more than a deduction from Scripture. J.N.D. Kelly says of the NT, “Explicit Trinitarian confessions are few and far between; where they do occur, little can be built upon them.” Johannes Schneider admits, “The NT does not contain the developed doctrine of the Trinity.” And D.A. Carson concedes, “Individually these texts do not prove there is any Trinitarian consciousness in the NT, since other threefold-phrases occur.”

Indeed, the NT has other triune formulas which mention angels instead of the Holy Spirit. For instance, Jesus spoke of the yet future time when “the Son of Man … comes in His glory, and the glory of the Father and of the holy angels” (Luke 9.26; cf. Matthew 16.27/Mark 8.38). He also said, “But of that day and/or hour no one knows, not even the angels of/in heaven, nor the Son, but the Father alone” (Matthew 24.36/Mark 13.32). And the Apostle Paul wrote, “I solemnly charge you in the presence of God and of Christ Jesus and of His chosen angels” (1 Timothy 5.21).

The primary philosophical argument against Trinitarianism is that it postulates an abstract, tri-personal Godhead that is contrary to nature. Therefore, this triune God is not even reckoned as a Person or (arguably) a Being. Trinitarian C.S. Lewis explains that “in Christianity God is … not even a person.” Indeed, and if Trinitarianism is true, man should consist of three persons because man was made in the image of God.

The primary logical arguments against Trinitarianism are that it is contradictory, confusing, and incomprehensible. It is contradictory in that Trinitarians profess to be monotheistic (one God) while insisting that the Father, Son, and Holy Spirit all have separate identities as Persons, each being God, yet they are not three Gods.

Trinitarians readily admit that their doctrine of three being one is a paradox and a mystery. Many Jews and Muslims allege that it is tritheistic—the worship of three Gods. Many Trinitarians irrationally admit to its incomprehensibility. If so, then they don’t comprehend it! Their retort is that it merely seems contradictory.

Hans Kung, writing with the guise of recovering the traditional doctrine of the Trinity, apparently so as not to offend Catholics, attempts to redefine it as follows:

I shall try to sum up in three sentences what seems to me to be the biblical nucleus of the traditional doctrine of the Trinity, in light of the New Testament, considered for today:

— To believe in God the Father means to believe in the one God, creator, preserver and perfecter of the world and humankind: Judaism, Christianity and Islam have this belief in one God in common.

— To believe in the Holy Spirit means to believe in God’s effective might and power in human beings and the world: Jews, Christian and Muslims also have this belief in God’s Spirit in common.

Here we have a restitution of NT teaching, and I could not have said it better myself.

To see a list of over eighty posts on this blog about the Bible not saying Jesus is God, click here. They are condensations of portions of my book, The Restitution of Jesus Christ. Buy this book at kermitzarley.com. I was a Trinitarian for 22 years before reading myself out of it in the Bible. 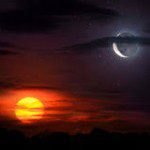 June 29, 2017 Our Sun and Moon Disprove the Trinity
Recent Comments
0 | Leave a Comment
"One of the heads of the first beast had an apparently mortal wound. I always ..."
Hayal Meir Talmid Is Donald Trump “Unfit for this ..."
"The Neo-Nazi (Harlot of Babylon) Timeline:• First they ignored "All Men are Created Equal".• Then ..."
The Zephyr 🇺🇲 <---> 🇺🇦 Boebert Says She’s “tired of this ..."
"TЯA☭tor-TЯ卐m₽ committed the most serious crime anyone can commit against his or her own country.He ..."
The Zephyr 🇺🇲 <---> 🇺🇦 Should the Justice Department Prosecute Trump?
"While I searched for several years, looking any redeemable qualities which TЯA☭tor-TЯ卐m₽ might possess, I ..."
The Zephyr 🇺🇲 <---> 🇺🇦 “What Was the BEST Thing About ..."
Browse Our Archives
Related posts from Kermit Zarley Blog