Is the Holy Spirit a Person?

Most Christians believe in the Trinity since that’s what their church teaches. It says God is one essence consisting of three co-equal and co-eternal Persons: the Father, the Son, and the Holy Spirit. So, the Holy Spirit is deemed a full-fledged Person.

The church didn’t always believe this. During the 2nd and 3rd centuries, there was no consensus among writing church fathers, called “apologists,” about the constitution of the Holy Spirit. Most Christians didn’t think it was important. In fact, there was a widespread fluidity of ideas among them about it. Some thought the Holy Spirit was an impersonal power; others ascribed full personality to the Holy Spirit. Eminent church historian Philip Schaff observes, “the doctrine of the Holy Spirit was far less developed, and until the middle of the fourth century was never a subject of special controversy.”

Both the Apostles’ Creed and the Nicene Creed only state, “I/We believe … in the Holy Spirit.” Due to this brevity, it is absurd for later Trinitarians to assert that a person must believe the Holy Spirit is a full-fledged Person in order to be a Christian. That means all previous Christians who didn’t believe that were professors not possessors.

The Arian-Nicene Controversy of the 4th century was conducted mostly in Greek. All three parties in conflict agreed that the Spirit is a separate hypostasis (subsistence) from the Father and the Son. Arius deemed the Spirit’s essence unlike that of Father or Son. Eusebius, church historian who led the middle party, said the Spirit is inferior in essence to that of the Father and the Son, “a third power” in “third rank” to them.

Jannes Reiling contrasts biblical teaching about God’s Spirit with the above view by rightly alleging, “Within the Bible neither ruah nor pneuma are used as a divine name. They are not worshipped as divine beings…. The OT does not represent the spirit as a divine being connected with, yet distinct from, God. It is always functioning as an intermediary between God and mankind…. In the NT the spirit is not envisaged as a divine being (hypostasis), but as an instrument of divine action or revelation.”

James Dunn says of the Old Testament (OT), “‘Spirit of God’ is simply a way of speaking of God accomplishing his purpose in his world and through men.” Dunn adds, “‘Spirit of God’ in Judaism denoted the power of God.” He says of the writings of Paul and John in the New Testament (NT), “The idea of God’s Spirit as a power and presence (i.e., God’s) … that thought is well established…. But of the Spirit as an entity in any sense independent of God, of Spirit as a divine hypostasis, there is nothing.”

Following the gospels, the NT often describes Jesus sitting beside God the Father on his heavenly throne without ever mentioning the Holy Spirit doing so. If the Trinity is true, shouldn’t we expect three thrones for it in heaven? Non-Trinitarian theologian Ellen Flesseman-van Leer says the Holy Spirit is “not an independent entity alongside God, but the evidence of God’s active presence in the world.”

The Apostle Paul mentions both God the Father and Jesus Christ in the salutations of all ten of his NT letters (assuming he wrote them all), yet he does not mention the Holy Spirit. This lack suggests that Paul did not regard the Spirit as a Person.

One reason Trinitarians think the Holy Spirit is a full-fledged Person is that English Bibles usually capitalize “Holy Spirit” and the word “Spirit” when associated with God. Yet when the earliest biblical manuscripts were written, Hebrew and Greek languages did not have upper and lower case. Such capitalization is merely interpretation of the translators of these versions since they were Trinitarians. In contrast, Jews don’t capitalize “holy spirit” or “spirit” because they don’t think it refers to a Person.

Most Christians also think the Holy Spirit is a Person because nearly all Bible versions ascribe personal pronouns to the Spirit. The best biblical example is the frequent “he” in Jesus’ teaching about the Holy Spirit in John 14-16. But pronoun gender in Greek is irrelevant just as the Greek word for “spirit,” which is pneuma in the neuter, is irrelevant. Whether pronouns (e.g., auto) or nouns in the third person singular that are applied to the Holy Spirit in John 14-16 should be translated “he” or “it” is strictly a theological decision. It is the same there for the pronoun ekeinos.

Another example is logos (“Word”) in John 1.1-4. English versions usually translate houtos and autou (3x) in vv. 2-4, which refer to the logos in v. 1, as “he” and “him,” respectively, whereas these words also can be translated “it.” It all depends on whether or not the translator(s) believe the logos is here represented as personal or personified.

Binitarian and Greek grammarian expert C.F.D. Moule states concerning the Bible applying personal pronouns to the Holy Spirit, “the appeal to Scripture,… proves nothing as to the eternal ‘being’ of the Spirit. It only shows that ‘Spirit’ is a word for a personal God’s personal activity.” Moule concludes, “the fact that Spirit is the mode by which a personal God is present does not seem, in itself, to necessitate the recognition of Spirit as essentially personal;… it seems gratuitous to insist on using a personal pronoun” for the Holy Spirit.

Another reason most Christians think the Holy Spirit is a Person is that the Bible can personify the Holy Spirit as it does the Word or Wisdom of God. Thus, when the Bible says the Holy Spirit did some activity, such as speaking, this should not be taken as depicting personality. Jesus once said, “the wisdom of God said, ‘I will send to them prophets and apostles’” (Luke 11.49); yet he did not intend to attribute personality to wisdom. The best OT example of the personification of wisdom is in Proverbs 8—9.6.

Trinitarians Karl Rahner and Murray Harris rightly admit that the NT never identifies the Holy Spirit as God. And some Trinitarians wrongly think so of Acts 5.4.

I believe the Bible teaches that man is a tripartite being consisting of body, soul, and spirit. (The only point of contention about this is whether or not soul and spirit are the same.) Since God made man in his own image (Genesis 1.26-27), man’s spirit must correspond to God’s Spirit. C.F.D. Moule states, “there is a certain kinship between God and man— between Spirit and spirit.” Indeed, and it should be understood from creation that the Spirit of God is to God what the spirit of man is to man. Since man’s spirit is not a person as we moderns understand personhood, God’s Spirit must not be either. Rather, the Holy Spirit is the Spirit of the Father (Matthew 10.20; Mark 13.11).

In my book, The Restitution of Jesus Christ, I devote 14 pages to an appendix, “The Nature of the Holy Spirit,” citing 25 scholars and their works plus 5 church fathers.

June 23, 2017 Does Calling Jesus “Immanuel” Mean He is God?
Recent Comments
0 | Leave a Comment
"thanks for sharing the petition."
Brandon Roberts New Two-State Solution for Israel and ..."
"Thank you, thank you, Kermit Zarley, for starting and continuing this blog and for “doing ..."
Hayal Meir Talmid Could Putin Cause a Nuclear War, ..."
"At some point soon, Trumpo will be indicted. They cannot shy away from that for ..."
Michel The New MAGA
"Still defending the malignant Orange-Pig, even after all his crimes, treason, and EVIL have been ..."
The Zephyr 🇺🇲 <---> 🇺🇦 New Study Shows Republicans Misinform Way ..."
Browse Our Archives
Related posts from Kermit Zarley Blog

Progressive Christian
Was Jesus a Carpenter or a Stonemason?
Kermit Zarley Blog 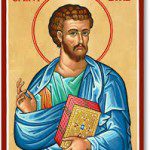