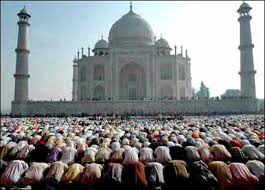 On Monday, the U.S. Supreme Court temporarily ruled in favor of President Donald Trump’s revised executive order banning Muslims traveling from six predominantly Muslim, Arab states to the U.S. These states are Iran, Syria, Libya, Sudan, Somalia, and Yemen. Muslims from these countries who have a relationship with a U.S. citizen will be allowed into the U.S. The High Court will hear this travel ban order in October.

Noticeably exempt from this travel ban is Saudi Arabia. Yet 15 of the 19 Muslim men who committed the terrorist acts on 9/11 (September 11, 2001) that killed nearly 3,000 Americans were Saudi citizens. But Saudi Arabia is an important U.S. ally and the world’s largest oil-exporting nation upon which the U.S. depended for oil in the past.

Christianity Today magazine reports this week that a surprisingly high percentage of Evangelicals–3 to 1–support Trump’s Muslim ban. Yet the big question about this ban is whether or not it infringes on our nation’s Constitutional principle of the freedom of religion. President Trump asserts that it does not because this ban is for the purpose of protecting Americans from possible Islamic extremists committing terrorist acts in the U.S. Thus, the ban is for providing the country with more security.

Are these Islamic terrorists really Muslims? Former U.S. President Barak Obama had alleged that terrorists who claimed to be Muslims were not Muslims at all. That is a prominent viewpoint among some Muslims even in the Middle East, especially clerics and academics. Christians generally have had the same viewpoint about violent people throughout history who claimed to be Christian. But it certainly was not true of Catholics regarding their Inquisitors during the Middle Ages and even afterwards.

I don’t agree with President Donald Trump about a lot of things. But on this travel ban against Muslims, I’m undecided. On the one hand, as an American and a Christian I certainly am for freedom of religion, so that I don’t like this ban. I think most Muslims in the world are peace loving people. Of course, they are no different than Christians, especially Evangelicals, in that they believe in proselytizing, even towards people of other religions, which Christians call “evangelism.” On the other hand, I have posted several times on this blog (see Islam in Categories) about my objection with the many texts in the Qur’an that, to most unbiased readers, advocate violence on behalf of Islam and its God–Allah. (See “Does the Qur’an Promote Violence” and “Trump–Talk About the Qur’an.”)

And while we are at it about proselytizing, I believe both Christians and Muslims need to reach themselves. How so? Even though I’m a Christian, I think Muslims have it right about God–that God is a single person and therefore not triune as almost all Christians are taught and I was too–and Muslims need to get it right about who Jesus is–that he died on the cross for our sins so that we may be forgiven by God if we ask him in repentance and humility. As for many Christians saying Muslims don’t worship our God but Allah–allah is the Arabic word for “God.”

Maybe there should be some kind of travel ban that vets Muslims, but properly so. At any rate, this travel ban heightens world attention about Islamic terrorism, as if we really needed it. There are so many Islamic terrorist acts being committed in the world in recent years, some of them attributed to ISIS. The entities that should be doing something about this Islamic terrorism is the Muslim governments in the Middle East. Some are finally doing something about it, especially Saudi Arabia. But several Arab governments in the Middle East are so weak and thus incapable of trying to stop it.

We will know more about what the U.S. is going to do about this menacing Islamic terrorism problem, at least in this country, when the Supreme Court rules later this year on this current travel ban against Muslims that just went into effect yesterday. 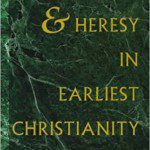 June 30, 2017
The Bauer Thesis Is Being Challenged
Next Post 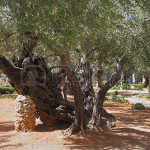