Who Is the Son of Man?

The expression ben adam appears in the Hebrew Bible 107 times. It means “son of man.” In almost every instance, it is a Semitic idiom used as a circumlocution to avoid the personal pronoun “I” or “me.” It may be due to the author’s modesty or to intentionally convey a lowly, humble attitude. But there is one instance in which this concept in another language in the Bible is not so used.

The apocalyptic book of Daniel uses the Aramaic language to record a prophetic vision about four beasts that depict four, successive, Gentile empires. The author says of the end of this period, “I kept looking in the night vision, and behold, with the clouds of heaven One like a Son of Man was coming, and He came up to the Ancient of Days [God] and was presented before Him. And to Him was given dominion, glory and a kingdom that all the peoples, nations, and men of every language might serve Him. His dominion is an everlasting dominion which will not pass away; and His kingdom is one which will not be destroyed” (Daniel 7.13-14). Daniel then says an angel appeared in the vision, explaining it to him (vv. 15- 27). Daniel 2.4—7.28 is written in Aramaic, so “One like a Son of Man” is ke bar enash, whereas the rest of Daniel is in Hebrew.

In modern times, Bible scholars have been very interested in Daniel’s Son of Man figure. This title is most relevant for Christians since Jesus used it much more than any other in identifying himself. But what does it mean? And did Jesus draw from this vision in Daniel?

There has never been a scholastic consensus in either Christianity or Judaism about the meaning of Daniel’s Son of Man. Christian orthodoxy has regarded it as signifying an individual, either the Messiah or the preexistent Logos-Son. But most Christian scholars no longer view it as depicting an individual. Like Jewish scholars, they interpret it only as a symbol of Jewish saints. But they also think Jesus drew upon it in identifying himself.

First, Daniel 1-7 says nothing about Jews, who are mentioned only in the remainder of the book. Joyce Baldwin makes an excellent point, that if Daniel had intended to depict Jewish saints he likely would have used the figure “son of Israel/Jacob” rather than the universalistic “Son of Man.” Indeed, this title is the key to identifying the saints. That is, the universalistic Son of Man corresponds to a universalistic scope of the saints.

Second, the saints—mentioned in Daniel 7.18, 22, 25, 27—correspond to “all the peoples, nations, and men of every language,” thus not only Jews but Gentiles worldwide.

Third, the Son of Man riding on clouds suggests an individual, not a huge multitude.

Fourth, since the symbolic four beasts literally “are four kings” (v. 17), being the embodiment of their kingdoms, and the Son of Man is set in contrast to them, to be hermeneutically consistent the Son of Man must refer to a literal human being as well.

Fifth, the qualifying word “like” seems superfluous if Son of Man is only figurative.

Daniel’s vision includes a court scene in heaven in which the Ancient of Days (God) and his royal court of special angels pass judgment against the fourth king, who declared war against the saints and overpowered them (vv. 10-12, 21, 26-27). Richard Bauckham rightly identifies these angels as heaven’s 24 elders (Revelation 4.4, 10; 11.16)

Since Daniel contrasts four literal human kings with the Son of Man, it follows that he too is a human king. Plus, “to Him was given dominion, glory and a kingdom.” The Son of Man embodies his kingdom just as the four kings embody their kingdoms. Thus, the Son of Man is not a symbol of the suffering saints, but represents them as their king.

Some scholars who adopt the corporate interpretation reject that the Son of Man is the Messiah because Daniel 7 does not say that he brings his kingdom to earth. But Daniel 2, which corresponds to Daniel 7, states that the kingdom comes to earth (v. 44).

Jesus surely thought it should be presumed from Daniel 2 and 7 that the Son of Man is an individual who will descend from heaven to earth. For, when Jesus admitted to being the Messiah, the Son of God, at his Sanhedrin hearing, he declared, “hereafter you will see THE SON OF MAN SITTING AT THE RIGHT HAND OF POWER, and COMING ON THE CLOUDS OF HEAVEN” (Matthew 26.64), thus alluding to Psalm 110.1 and Daniel 7.13.

Many of Jesus’ Son of Man sayings are predictions about his impending sufferings and death. He therefore joins Isaiah’s Suffering Servant motif, in Isaiah 42-53, with Daniel’s Son of Man. Indeed, Jesus was the model of suffering for his suffering people.

Many Christian scholars who affirm that Daniel’s Son of Man represents an actual human being nevertheless deny that he is a warrior-king who fights earthly battle. Some repudiate the Jewish tradition that the future Davidic Messiah will wage war against Israel’s enemies, deliver the suffering nation, and establish it as the head of the nations.

Not so. While Jesus taught ethics, including peacemaking, the Messianic Destruction at the end of the age is well attested in the prophets. Daniel affirms it by saying “a stone was cut out without hands, and it struck the statue on its feet of iron and clay, and crushed them,” and “it will crush and put an end to all these kingdoms” (v. 44). So, Jesus as the Son of Man will be a warrior-king when he returns to earth with his kingdom. (See my book Warrior from Heaven.)

In my book, The Restitution of Jesus Christ, I devote 20 pages to an examination of Daniel’s Son of Man. In doing so, I cite 44 modern scholars and their works as well as many non-biblical, ancient writings. 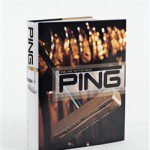