Did Jesus’ Disciples See “the Son of Man Coming in his Kingdom”?

Jesus once asked his disciples who he was. Peter replied, “You are the Messiah, the Son of the living God” (Mt 16.16 NRSV). Then, for the first time, Jesus told them he must go to Jerusalem, be killed, and rise from the dead on the third day (v. 21). Without telling them he would then ascend to heaven to remain awhile, he added concerning his future return, “For the Son of Man is to come with his angels in the glory of his Father,… Truly I tell you, there are some standing here who will not taste death before they see the Son of Man coming in his kingdom” (v. 28). Did that happen? If not, was Jesus wrong? 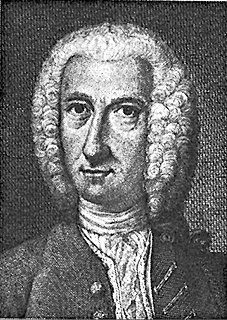 German philosopher and Deist, Hermann Samuel Reimarus (1694-1768), said it didn’t happen and therefore Jesus was wrong. Reimarus initiated investigation of the historical Jesus with his book Fragments (1774-1778), published posthumously.He was a rationalist and thus a skeptic concerning Jesus’ miracles and resurrection recorded in the New Testament (NT). He claimed Jesus meant in the above saying that he would return to earth with his eschatological kingdom before his disciples would die. Reimarus further alleged that the NT repeatedly teaches that Jesus would return soon, at least within a generation of perhaps forty years.

Reimarus’ allegation, that Jesus wrongly predicted his return within about a generation, has had a profound impact on Bible scholars, even to this present time. Yet many of those scholars convinced of his thesis have been unwilling to admit the obvious—Jesus was wrong. No one has publicized Reimarus’ findings on this matter, and agreed that Jesus was wrong, more than the famed Dr. Albert Schweitzer. He did so in his book, The Quest of the Historical Jesus (1906). It was hailed as the best scholarly book about Jesus in the 20th century.

Even without Reimarus’ allegation, the general consensus of Christian theologians throughout church history has been that the NT does indeed teach that Jesus would return “soon,” with Jesus even saying it would be in a “generation,” and thus in the 1st century. When this didn’t happen, it embarrassed Christians so much that they gradually refrained from preaching Jesus’ second coming.

I believe Reimarus and all those learned scholars who have agreed with him about Jesus having been wrong have themselves been wrong. The key to understanding Jesus’ prediction that some of his disciples would see the kingdom of God before dying is in examining closely what all three synoptists immediately record thereafter. Mind you, they don’t always arrange their events about Jesus’ life in the same order. But here they do, and for good reason. 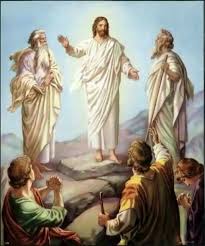 It is that Jesus’ Transfiguration occurs next in the synoptists’ accounts (Mt 17.1-8; Mk 9.2-8; Lk 9.28-36a). Jesus took Peter, James, and John “up a high mountain by themselves. And he was transfigured before them, and his face shone like the sun, and his clothes became dazzling white. Suddenly there appeared to them Moses and Elijah, talking with him” (Mt 17.1-3). From a literary perspective, it seems pretty obvious that all three synoptists intended for their readers to understand that Jesus referred to his upcoming Transfiguration when he said some disciples would see him coming in his kingdom before they die.

Jesus taught and acted with a style that people often misunderstand. It was mostly that, when he spoke, they understood him literally whereas he meant it figuratively. Perhaps the classic example was Jesus telling Nicodemus he needed to be “born again” (Jn 3.3). This kind of thing occurred so much that at the end of Jesus’ ministry, right after the Last Supper, he told his disciples, “I have said these things to you in figures of speech” (Jn 16.25). Then, “His disciples said, ‘Yes, now you are speaking plainly, not in any figure of speech!’” (v. 29).

Jesus’ Transfiguration was a preview of his glorious second coming with his kingdom and the simultaneous resurrection of the saints, which Moses and Elijah epitomized. Jesus’ face shining like the sun and his garments being white as light suggests the saints’ resurrection, when they “shall shine like the brightness of the sky, and … like the stars forever” (Dan 12.3). Peter apparently recalled this when he then suggested to Jesus, “if you wish, I will make three dwellings here, one for you, one for Moses, and one for Elijah” (Mt 17.4). Peter meant that he would build three huts to commemorate the Feast of Tabernacles. It symbolized both Israel’s past and anticipated its joyous banqueting in the future, eschatological kingdom.

Apparently, Peter’s suggestion to then build huts didn’t impress God, maybe since it signified human effort. Regardless, “While he [Peter] was still speaking, suddenly a bright cloud overshadowed them, and from the cloud a voice said, ‘This is my Son the Beloved, with him I am well pleased; listen to him’” (v. 5). The implication seems to be that God was referring to that previous moment, last recorded in all three synoptics, when Jesus predicted his death. We then read, “Peter took him aside and began to rebuke him, saying, ‘God forbid it, Lord! This must never happen to you.’ But he turned and said to Peter, ‘Get behind me, Satan! You are a stumbling block to me; for you are setting your mind not on divine things but on human things’” (Mt 16.22-23).

In this Transfiguration scene, Moses and Elijah could not have appeared in actual resurrection bodies. For, Jesus was to be “the firstfruits” of the resurrection (1 Cor 15.20, 23). Moreover, Matthew relates, “As they were coming down the mountain, Jesus ordered them, ‘Tell no one about the vision until after the Son of Man has been raised from the dead’” (Mt 17.9). So, it seems the appearance of Moses and Elijah was only visionary. And Jesus’ command not to tell about this incident parallels what he had just told the disciples during the last recorded incident. It was that when Jesus asked his disciples who he was, and Peter said he was the Messiah, Matthew relates, “Then he [Jesus] sternly ordered the disciples not to tell anyone that he was the Messiah” (16.20; cf. Mk 8.30). Scholars rightly call this “the Messianic Secret.” Jesus so directed his disciples in order to avoid his being executed before the appointed time.

Yes, the interpretation I have presented here about Jesus predicting some of his disciples would see him coming in his kingdom before they die, and it being his Transfiguration, has been commonly accepted by Christians throughout history. I see no justifiable reason for abandoning it when it is recalled that Jesus often spoke in a non-literal manner. For historical critics, and even so many fairly conservative NT scholars, to reject this traditional interpretation puts them, ironically, in the camp of all those who have erroneously thought Jesus meant something literally when he actually meant it non-literally.

Both historical-critical scholars and preterists cite Jesus’ word “generation” in his Olivet Discourse to support their view about what Jesus meant when he said some disciples would not die ’til after they saw him coming in his kingdom. On this issue, see my post on 2/14/17, “Did Jesus Wrongly Predict He Would Return Within a Generation?” 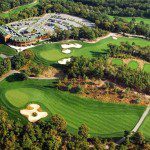 July 17, 2017
Park and DeChambeau First-Time Winners on the Big Stage
Next Post

July 22, 2017 Jordan Spieth Still Leads the 146th British Open
Recent Comments
0 | Leave a Comment
"I believe some of the Americans who identify themselves as evangelicals are adherents of Trump's ..."
Salvatore Anthony Luiso Are Evangelicals in a Cult?
"And it is idolatry.God hates idolatry.We were already behind the 8 ball without this."
Nick Hassan The Missing Link in the Bible
"Since there is no trinity all prayer to it is futility.You cannot share in the ..."
Nick Hassan The Missing Link in the Bible
"For you have not come to a mountain that can be touched and to a ..."
Nick Hassan List of All Posts About Jesus ..."
Browse Our Archives
Follow Us!