Some Evangelicals Are Abandoning the Term

Some Evangelicals Are Abandoning the Term October 8, 2017 Kermit Zarley 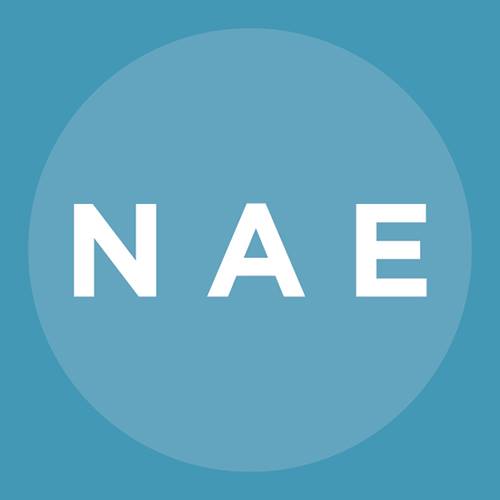 Right after the presidential election last November, Pew Research reported that Edison Research’s exit polls showed that among those white Evangelicals who voted, 81% of them voted for Donald Trump. The Gospel Coalition demonstrates in an article that this figure is considerably skewed due to some poorly-stated questions asked in the poll. Yet experts would argue against the notion that a considerable majority of white Evangelicals who voted did vote for Trump. Is that because Donald Trump is an Evangelical Christian? So far, The Donald has produced no evidence of that! The National Association of Evangelicals tells us what an Evangelical is, and Trump hasn’t yet made himself look like one.

Rather, it is because Trump courted Evangelicals during his political campaign and included social elements in his political platform that were strongly favored by white Evangelicals. These features included especially pro-life (anti-abortion), freedom of religious beliefs, and the president nominating socially conservative judges to fill open seats on the U.S. Supreme Court.

Furthermore, well before Donald Trump announced he would run for president, white Evangelicals had been increasingly becoming outwardly political and Republican. I think Donald Trump merely realized this and tapped into this substantial voting bloc by creating his political platform more favorable to this voting segment. (I don’t mean to judge all of his motives on this, because he has been positively influenced by some Evangelical and Pentecostal leaders.) One proof of this is that Trump had been on record for years as favoring pro-choice (legal abortion); yet he seemed to changed to a pro-life position (make abortion illegal) soon after he announced his candidacy. Moreover, evidence shows that Donald Trump was a flip flopper on this issue even several months into his presidential campaign.

The business world talks about the so-called Trump Effect, meaning that it expects Trump to have a positive impact on the U.S. economy. That hasn’t quite proved itself out yet. However, the U.S. stock markets are humming pretty well this year. But they are just continuing the almost unprecedented eight-year bull market. Trump cringes when people say that is a result of the Federal Reserve policies that former President Obama’s administration enacted. (It is such a disgrace that Trump hates everything Obama.) But if Trump gets a tax revision passed in Congress as he intends, the Trump Effect could take off.

But we can now talk about the Trump Effect on religion, yet in a negative way. One of the results of Donald Trump becoming U.S. president is that many Evangelicals are now reconsidering using this label. For example, at the prestigious Christian school Princeton University, its student organization Princeton Evangelical Fellowship just changed its name at the beginning of this school year to Princeton Christian Fellowship. Bill Boyce, it’s director since 1985, says, “There’s a growing recognition that the term evangelical is increasingly either confusing, or unknown, or misunderstood to students.” Boyce said of his organization, “We’re interested in being people who are defined by our faith and by our faith commitments and not by any sort of political agenda.”

I’ve been thinking the same way for some time, and this election has made me more concerned about it. I’ve been an Evangelical since the 1960s. And ever since then to the present, I have attended evangelical churches regularly. However, I have posted a few times about my dilemma in using this identification in view of my christological change decades ago from Trinitarian belief (for 22 years) to a non-Trinitarian belief. (See “Trinity or Unity: Caught Between a Rock and a Hard Place.) That is, most Evangelicals no longer consider me Evangelical because I do not believe the doctrine of the Trinity is biblical. But now, because of this political election, I’m not so sure I want to continue identifying as Evangelical. And it’s not just politics. I’ve been more concerned for a longer time about some of Evangelicalism resorting to an “easy believe-ism” that abandon’s somewhat the lordship of Jesus in a persons’ life. I think Evangelicalism needs to do some soul searching, including commitment to a certain political agenda. That can hinder a person’s ministry in evangelizing and making disciples for Jesus. 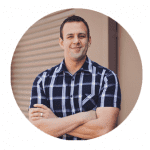 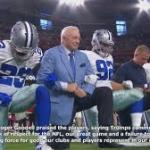 October 11, 2017 Will NFL Players Kneeling Wind Up in Court?
Recent Comments
0 | Leave a Comment
"Funny, I witnessed no such thing?So you know we are not the minority as proven ..."
Bob Shiloh What If Raffensperger Would Have Found ..."
"Whether Trump is ever prosecuted for criminal activity, we all know (we witnessed with our ..."
Harvey James Johnson What If Raffensperger Would Have Found ..."
"And yet the Democrats are in power and have been for over one year - ..."
Bob Shiloh What If Raffensperger Would Have Found ..."
"Are we in a Messianic Age?Did the lion lie down with the lamb?It’s all bs ..."
tzatz Paul’s Intertextuality about the Antichrist: Part ..."
Browse Our Archives
get the latest updates from
Kermit Zarley Blog
and the Patheos
Progressive Christian
Channel
POPULAR AT PATHEOS Progressive Christian
1