U.S. Democracy Is Now Proving It’s Not the Best Form of Government

U.S. Democracy Is Now Proving It’s Not the Best Form of Government May 30, 2019 Kermit Zarley

We are watching the weakness of our democratic system being played out right now in the USA. Special Counsel Robert Mueller submitted his 448-page report of his nearly two-year investigation into Russian meddling in our electoral process and possible collusion with President Donald Trump and/or his aids in which Mueller has been restricted in making an accusation of criminal wrongdoing of a sitting president due to a Department of Justice Office of Legal Counsel memo, written soon after the Nixon Watergate debacle, that declares a sitting president cannot be charged with wrongdoing. I think that is so misguided because it encourages wrongdoing of the president.

In contrast, a large majority of Americans agree that the president is not above the law. This DOJ guideline says otherwise. In Mueller’s speech today, he accepted this guideline by saying anything otherwise would be “unconstitutional.” Yet these DOJ guidelines have never been challenged in a court of law. I think this whole affair makes our democratic system look weak.

I am writing a book that will be focused a lot on the book of Daniel. This book is full of prophecy about nations, empires, and the forms of their governments. The book’s first such prophecy is a dream that Babylonian King Nebuchadnezzar had during the sixth century BCE, recorded in Daniel 2. It was a dream the king had of an image of a man having a head of gold, chest and arms of silver, midsection of bronze, hips and legs of iron, and feet and toes consisting of iron mixed with clay. This dream is a prediction of subsequent empires which were: gold head=Babylonian empire, silver chest and arms=Media-Persian empire, bronze midsection=Greek empire, iron legs=Roman empire, and the iron-clay feet and toes=a final form of the Roman empire.

There are especially two features to understand about these metals that characterize the governmental systems of these empires. Gold is the most valuable of metals, with the succeeding metals declining in value. Yet gold is the most malleable of these metals, with increasing strength in the succeeding metals. The feet and toes consisting of iron mixed with clay conveys democracy. Is it not interesting that democracy has continued to spread throughout the earth in recent centuries.

Daniel interpreted the king’s dream to him by saying, “As the toes were partly iron and partly clay, so this kingdom will be partly strong and partly brittle. And just as you saw the iron mixed with baked clay, so the people will be a mixture and will not remain united, any more than iron mixes with clay” (Daniel 2.42-43 NIV). I think we are witnessing in our country nowadays what Daniel was talking about here. 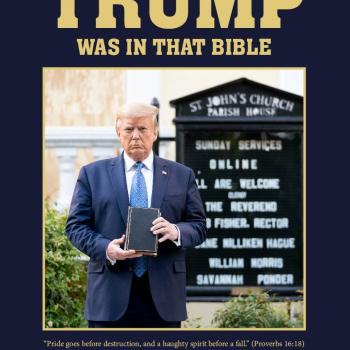