The Draft Dodger Should Shut Up about John McCain

The Draft Dodger Should Shut Up about John McCain May 30, 2019 Kermit Zarley

While President Trump visited Japan, a Navy destroyer was stationed within sight. It is named the John S. McCain. It is named after Senator John McCain. He died last year while still in office due to brain cancer. It is being reported that the White House had the ship removed while Trump was there. It’s because Trump hates John McCain. 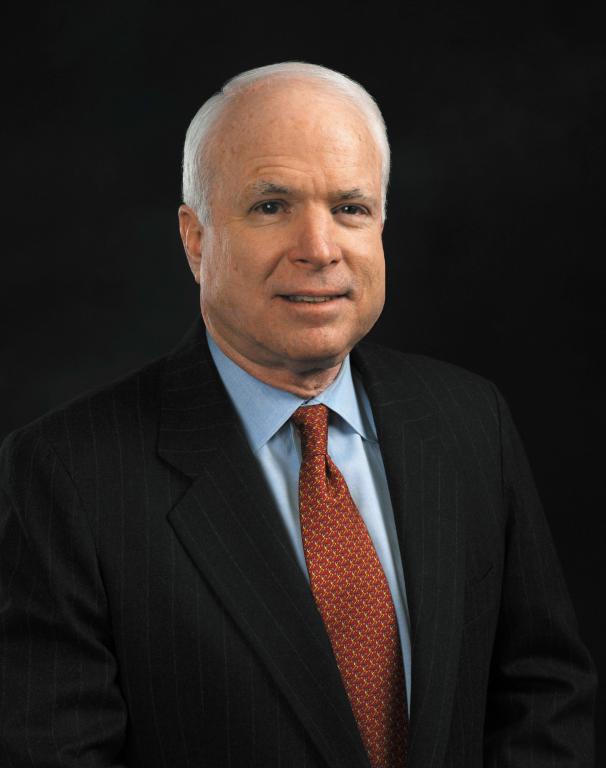 John McCain was a war hero. He was a Navy pilot during the Vietnam War. He was shot down and broke both arms in the fall, making his arms deformed for life. He was then captured and spent over five years in captivity. When the Viet Cong learned that McCain’s grandfather had been a Navy admiral, due to their respect for such military officers they offered John a release from prison. He refused because they would not also release his American comrades who had been captured like him.

John McCain was a longtime senator from Arizona, where I have lived for the past twenty years. I once attended one of his town hall meetings. McCain was the Republican nominee for president in the 2008 election. He made a huge mistake in selecting Sarah Palin instead of his buddy, Joe Lieberman. I liked John McCain.

I also say that because I was in the Army and Air Force for 7.5 years during my first seven years on the PGA Tour–six months active duty and seven years reserves. I certainly put a crimp in my pro golf career.

Military men don’t take kindly to draft dodgers. These young guys in the military with President Trump patches on their uniforms–they don’t have a clue. They did not live during era when the U.S. had a military draft. And they seem to turn a blind eye to Trump’s disgusting behaviors such as probably cheating the draft. Trump makes himself out to be such a patriotic American. Yeah, sure. Would you agree with him if he was a draft dodger? I don’t think you should answer yes to that if you never served. My dad and several uncles served during WWII. They didn’t like draft dodgers.

Trump’s attorney Michael Cohen, who is now in prison for three years partly due to Trump, says The Donald once said to him, when Cohen asked him about medical records showing he had bone spurs that enabled him to get a medical deferment from the military draft, “Do I look like I’m stupid? I wasn’t going to Vietnam.”

Now, President Trump has been speaking publicly about the removal of the Navy destroyer because he is being questioned about it by the media. He has again been saying he didn’t like John McCain and never will. Trump should keep his mouth shut about John McCain. And The New York Times reported Memorial Day that according to two military officials, President Trump is going to pardon “several American military members accused or convicted of war crimes, including high-profile cases of murder, attempted murder and desecration of a corpse.” The probably draft dodger should leave our military justice alone.

I speak harshly about President Donald Trump because I think he is guilty of so much wrongdoing, he is not presidential, and he is such a boastful man who lies, lies, and lies. He never should have been our president. It is a fluke that happened, partly due to our electoral college but perhaps also because of Russian interference in our election. Plus, the Democrats may have been able to field a more likable candidate that Hilary Clinton, though I think she did quite all right as our Secretary of State.

At the same time, I am like Nancy Pelosi, who prays for the president. He has no chance of redemption unless he first recognizes that he is a sinner in desperate need of God’s salvation. His going to church, drinking the grape juice, associating with Christians–all of that doesn’t cut it. He needs an inner transformation of the heart, just like all men and women need, that turns him to God resulting in a huge life change for him.

In the meantime, our nation is suffering because of this president. He wants to change our Constitution by taking the word “impeachment” out of it. Four hours ago, he said to the media that impeachment is “a dirty, filthy, disgusting word.” So is draftdodger.

May 30, 2019
U.S. Democracy Is Now Proving It's Not the Best Form of Government
Next Post

May 30, 2019 Mueller Interviews Others But He Refuses It for Himself
Recent Comments
0 | Leave a Comment
"Funny, I witnessed no such thing?So you know we are not the minority as proven ..."
Bob Shiloh What If Raffensperger Would Have Found ..."
"Whether Trump is ever prosecuted for criminal activity, we all know (we witnessed with our ..."
Harvey James Johnson What If Raffensperger Would Have Found ..."
"And yet the Democrats are in power and have been for over one year - ..."
Bob Shiloh What If Raffensperger Would Have Found ..."
"Are we in a Messianic Age?Did the lion lie down with the lamb?It’s all bs ..."
tzatz Paul’s Intertextuality about the Antichrist: Part ..."
Browse Our Archives
get the latest updates from
Kermit Zarley Blog
and the Patheos
Progressive Christian
Channel
POPULAR AT PATHEOS Progressive Christian
1