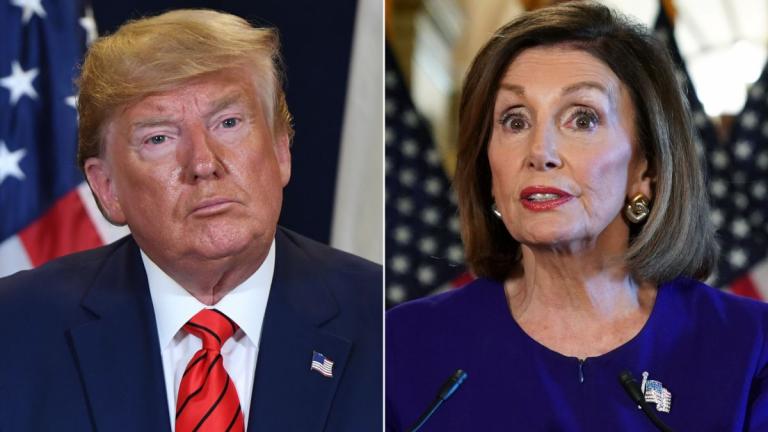 Democratic leaders met with President Donald Trump to mostly discuss the ongoing chaos resulting from Trump’s recent decision to pull over 1,000 of our troops out of northeastern Syria, allowing Turkey to send troops into the region, and thereby abandon its ally Kurds as Turkey seeks to destroy them. The meeting did not go well.

Pelosi told Trump that Russia has always wanted to gain a “foothold in the Middle East,” and Trump has now given that to them with this decision. Pelosi then added, “All roads with you lead to Putin.” That was a stinger, but true. Ever since Trump has been president, he has mysteriously cozied up to Russian President Vladimir Putin even though Russia was the main part of our perennial enemy during the Cold War–the Communistic Soviet Union. With Ms. Pelosi, Mr. Trump always meets his match or more. He tried to get back at Pelosi by calling her “a third-rate politician.” I don’t think hardly anybody agrees with that except Trump’s blind supporters.

Some of the Democrats present said Trump had a “meltdown.” For example, Trump’s former Secretary of Defense, General James Mattis, had criticized publicly Trump’s decision about Syrian Kurds. Trump had often declared General Mattis “a great general.” Trump then said during this meeting that General Mattis is “the world’s most overrated general.”

Among Pelosi’s accompanying party members, House Majority Leader Steny Hoyer (D-Md.) then said to Pelosi: “This is not useful.” So, some of them along with Pelosi stood up and walked out. Trump shot back, “Goodbye, we’ll see you at the polls.”

Afterwards, Trump said, “Nancy Pelosi needs help fast! There is either something wrong with her ‘upstairs,’ or she just plain doesn’t like our great Country.” He then tweeted with a photo of her and a caption that read, “Nervous Nancy’s unhinges meltdown.” When Donald Trump and Nancy Pelosi square off like this, The Donald is a little boy in a mansuit while Nice Nancy comes off as one calm, cool, cookie.

Progressive Christian
What If the U.S. Would Have Responded Sooner...
Kermit Zarley Blog