Does Trump Know Gates Warned about This? 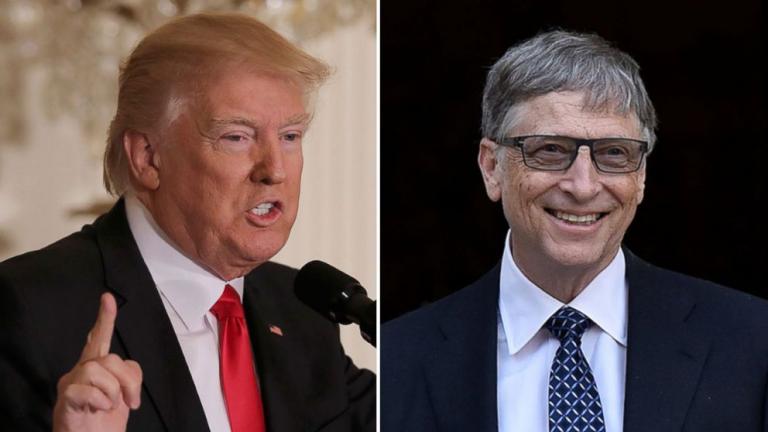 President Trump keeps trying to deflect criticism against him for his mishandling of this coronavirus pandemic. Indeed, at first he said Democrats were blowing it out of proportion, calling it their “new hoax.” That’s because he had constantly called the Mueller investigation of Russian interference in the 2016 presidential election “a hoax” and “a witch hunt.” So, he started doing the same thing regarding the spreading of this most deadly coronavirus. He lies about it.

Thursday, Trump was at it again. In a press conference he said of this coronavirus, now called COVID-19, “I would view it as something that just surprised the whole world. Nobody knew there would be a pandemic or epidemic of this proportion.” He added, “So, there’s never been anything like this in history. There’s never been. And nobody’s ever seen anything like this. . . . It’s an unforeseen problem. What a problem. Came out of nowhere.”

Donald Trump is such a colossal liar and dumber than a stick. Sometimes, however, he knows the truth and expects us to be that dumb to believe his bald-faced lies. Mostly, he just tries to shape public opinion any way he can, thus with all his lies.

Instead, President Donald Trump should be accepting some responsibility for his mischaracterization of this virus and his prediction about its benign future effect on us. Experts say that has cost lives. Most people don’t predict the future like Donald Trump often does. Wise people know it is foolishness to do so. A Chinese proverb says, “Don’t try to make predictions, especially those about the future.”

About the future effect of COVID-19, we should heed the words of wise King Solomon who said, “I saw all the work of God, that no one can find out what is happening under the sun. However much they may toil in seeking, they will not find it out; even though those who are wise claim to know, they cannot find it out” (Ecclesiastes 8.17).

Does Trump know that the worldwide Spanish flu of 2018, which was during WWI, killed a general estimation of 50 million people; and some estimates reach 100 million? It was the most deadly infectious disease ever. The Plague of the Middle Ages killed 25 million people, which was nearly one third of Europe’s entire population. So far, it is quite unlikely that this COVID-19 will not kill that many people. Why? We hopefully will have a vaccination for it before it can do that much damage.

Many epidemiologists and others have been saying for years that in the future the world will suffer infectious diseases of epidemic proportions, such as from spreading viruses, because we are unprepared for them. One prominent figure who has been saying this for at least the past five years is Bill Gates, who hails from my boyhood hometown of Seattle. Gates, in case you’ve been holing out in a cave for decades, is the co-founder of Microsoft and for years has been the world’s richest man. But in recent years he has been committing himself to philanthropy with his and his wife’s Bill and Melinda Gates Foundation. Bill has mostly been devoting himself to solving medical problems in the world. So, he knows a thing or two about them.

In 2015, during the aftermath of the Ebola epidemic–which was contained mostly in Western Africa and resulted in 11,000+ deaths–Bill Gates gave a nine-minute speech at TED Talks about (1) the possibility of a future, worldwide epidemic of an infectious disease, (2) how the U.S. was so unprepared for it, and (3) what we must do to get prepared. Speaking in the context of a nuclear war he said, “If anything kills over 10 million people in the next few decades, it’s mostly likely to be a highly infectious virus rather than a war. Not missiles, but microbes. Now, part of the reason for this is that we’ve invested a huge amount in nuclear deterrents. But we’ve actually invested very little in a system to stop an epidemic. We’re not ready for the next epidemic.”

Gates finished his speech by saying, “if there’s one positive thing that can come out of the Ebola epidemic, it’s that it can serve as an early warning, a wake-up call, to get ready. If we start now, we can be ready for the next epidemic.” We now know that that did not happen.