Trump Seems to Care More about the Dead than the Living

Trump Seems to Care More about the Dead than the Living June 30, 2020 Kermit Zarley 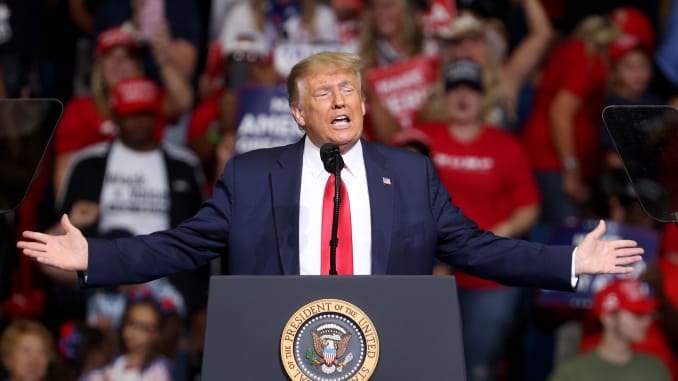 Where is U.S. President Donald Trump in treating this horrible health crisis called COVID-19 that our nation and the world is suffering for nearly six months now? First he said it was nothing, that it would go away soon, like “a miracle.” Then, when he realized that wasn’t true, he said, “nobody knew this was coming” or something like it. That was just his narcissism speaking–if he doesn’t know something, then nobody knows it.

Yet we had had many epidemiologists, virologists, and other leading medical researchers who warned our nation for many years that something like this COVID-19 or worse was going to happen. One was Microsoft’s Bill Gates. He gave a Ted Talk in 2015, warning of possible future pandemics like this. He should know because he and his wife have become the world’s leading philanthropists who are trying to eradicate diseases in the world.

As for Trump, he now seems to have gone AWOL about COVID-19. It just shows that he was never fit to have this job. He now appears to care more about opposing the Black Lives Matter movement and others–who are calling for the removal of statues and names of Southerners who advocated slavery and/or were generals who fought against the Union in the Civil War–than care for our citizens who have died or are dying from this COVID-19. Trump is crying out that removing these statues of some famous people who owned slaves and opposed abolition is removing history. 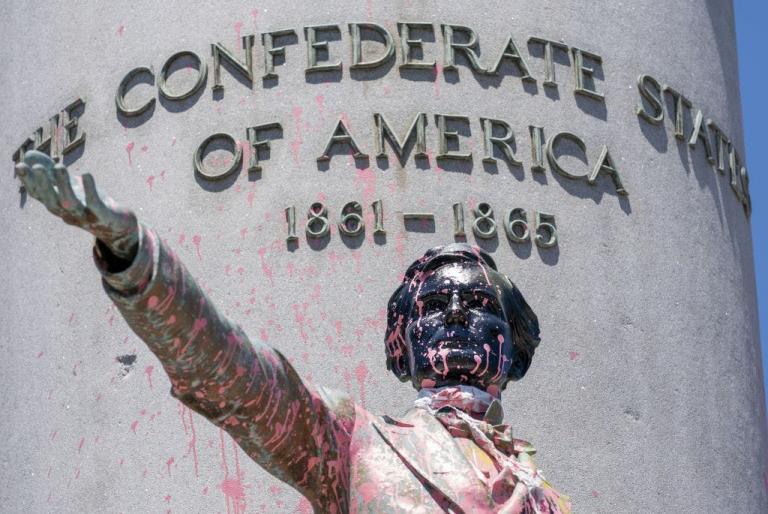 (The image, here, is of a statue of Jefferson Davis, president of the Confederate States during the Civil War, thus the counterpart of Union president Abraham Lincoln. At one time Davis owned 113 slaves. This statue was pulled down two weeks ago, on June 16th, in Richmond, Virginia.)

Those statues never should have been made and set up in the first place. That was just more hypocrisy since it was in opposition to our Declaration of Independence. It says: “We hold these truths to be self-evident, that all men are created equal, that they are endowed by their Creator with certain unalienable Rights, that among these are Life, Liberty and the pursuit of Happiness.” But then, both George Washington and Thomas Jefferson owned slaves.

Trump is on the wrong side of history about so many things, including this. The self-proclaimed “stable genius” has a serious lack of wisdom. He should be caring about the living, who are trying to survive this health crisis, more than about the history of dead people who acted in opposition to this proclamation in our Declaration of Independence. It truly coincides with the second part of Jesus’ summation of the Jews’ law and their prophets–“love God, and love your neighbor as yourself.”

July 1, 2020 Has Trump "Grown in his Faith"?
Recent Comments
0 | Leave a Comment
"Nicodemus was a leader of the Pharisees when Jesus told him plainly he must be ..."
Herrnhut Was Nicodemus Born Again?
"Justified Homicide, TOAD! Justified Homicide!Traitor-Babbitt, took an OATH to uphold the Constitution and defend our ..."
Ocelot Aardvark Pence Was “Unequally Yoked Together” with ..."
"Can you prove five people "lost their lives." You can't because only 5'-2" Ashley Babbitt ..."
Bob Shiloh Pence Was “Unequally Yoked Together” with ..."
"Being a Christian does have a lot to do with being a Trinitarian, at least ..."
Iconodule Why I Am an Evangelical Even ..."
Browse Our Archives
get the latest updates from
Kermit Zarley Blog
and the Patheos
Progressive Christian
Channel
POPULAR AT PATHEOS Progressive Christian
1