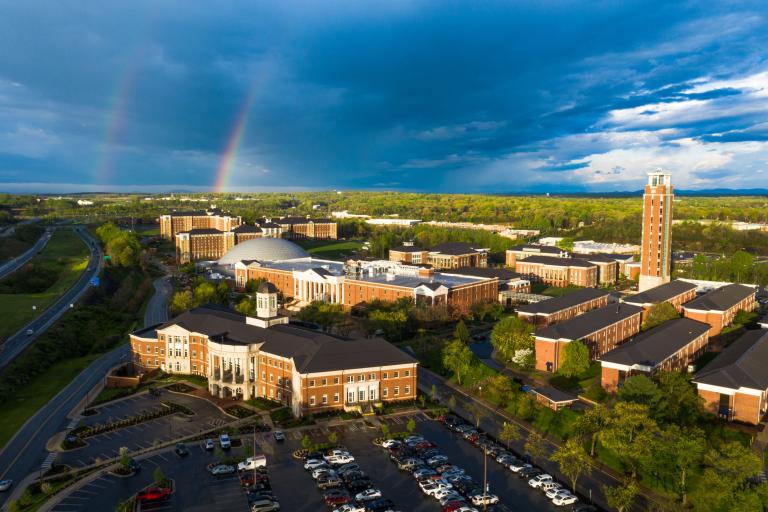 Liberty University in Lynchburg, Virginia, is the largest evangelical school on the planet. Yesterday, it filed a lawsuit against its former president, Jerry Falwell Jr., seeking $10 M in damages. Jerry Jr. is the son of deceased Jerry Falwell Sr., a famous Baptist pastor who founded both this school and the socio-political, but now long defunct, Moral Majority. The situation with Jerry Jr. appears to be anything but moral.

Last year, Jerry Falwell Jr. resigned his presidency in the midst of a scandal. Most of it involved his wife Becki having an eight-year sexual affair with a young business partner named Giancarlo Granda in which Jerry allegedly participated as a voyeur. (See “Falwell’s Fall from Grace.”) Jerry later admitted the affair yet denied he participated in it. Granda alleges that Jerry did participate as a voyeur and thus approved of it.

Perhaps the worst issue concerning this sex scandal and now this lawsuit is that if Jerry Falwell Jr. had not ever come forth as the first and foremost evangelical leader who endorsed Donald Trump for the U.S. presidency back in 2015, which had a significant impact on other evangelical leaders to follow him in doing so, Donald Trump may never have become the U.S. president. For, the Pew Research Center had determined from its polling on Election Night in 2016 that among all white evangelicals who voted for a president in that election, 81% of them voted for Trump. Thus, it is well known that evangelicals occupy and still do, a huge portion of Donald Trump’s political base.

Today, The New York Times reported that Becki Falwell had once complained to the school’s executive committee that Jerry had a drinking problem. The lawsuit acknowledges this and further alleges that the committee then asked Jerry to undergo rehab for it, but that he refused. The Times article further states that a police transcript reveals that Becki once phoned the police reporting that drunken Jerry had fallen down their stairs at home and had “lost a lot of blood.”

The lawsuit also states that Jerry Falwell Jr., while president recently, had engineered a much larger salary for himself without divulging any of these problems to the school authorities, thus not negotiating in due transparency.

This lawsuit among supposed Christians raises the issue of whether or not Christians should ever go to court against each other. The Bible does not condemn lawsuits; rather, it affirms that they are a necessary element of a judicial system. For God states in Torah, “You shall not pervert the justice due to your poor in their lawsuits” (Exodus 23.6 NRSV).

However, the Apostle Paul writes to the Corinthian believers, “What any of you has a grievance against another, do you dare to take it to court before the unrighteous, instead of taking it before the saints? Do you not know that saints will judge the world? And if the world is to be judged by you, are you incompetent to try trivial cases? Do you not know that we are to judge angels–to say nothing of ordinary matters? . . . Can it be that there is no one among you wise enough to decide between one believer and another, but a believer goes to court against a believer–and before unbelievers at that? In fact, to have lawsuits at all with one another is already a defeat for you. Why not rather be defrauded? But you yourselves wrong and defraud–and believers at that” (1 Corinthians 6.1-8).

So, according to the Bible, is Liberty University at liberty to sue its former President Jerry Falwell Jr.? What do you think?

April 17, 2021 No COVID-19 Outdoors
Recent Comments
0 | Leave a Comment
Browse Our Archives
get the latest from
Kermit Zarley Blog
Sign up for our newsletter
POPULAR AT PATHEOS Progressive Christian
1

Outdoor Transmission of COVID-19 Is Very Rare
I've blogged before about this: the Centers for Disease and Prevention (CDC)...
view all Progressive Christian blogs
What Are Your Thoughts?leave a comment
Copyright 2008-2021, Patheos. All rights reserved.
error: Content is protected !!