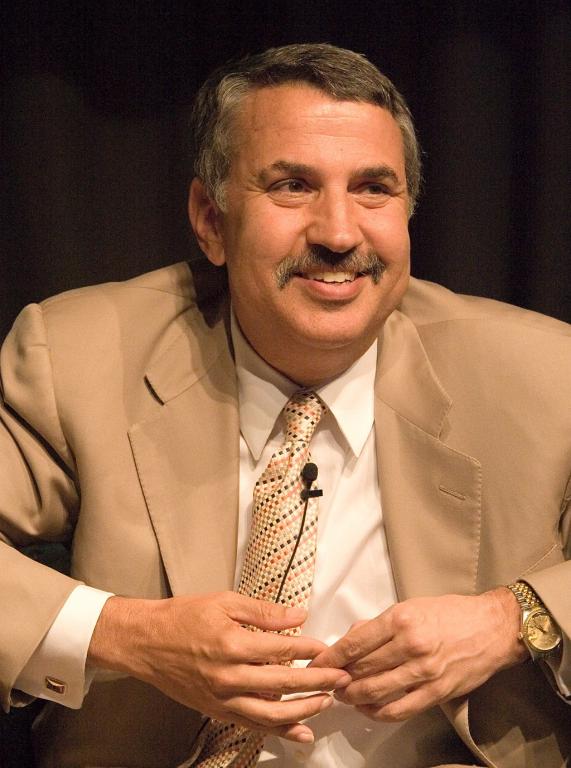 I’ve blogged before about how I think Thomas L Friedman so often knows what he’s talking about. He is an American political commentator, author, winner of three Pulitzer Prizes, and has a weekly column in The New York Times.

Even though I’ve blogged so much as a critic of Donald Trump as president (and so has Friedman), and now I’m about to publish a book about it, I have agreed with Trump–actually long before I ever knew about his views of our illegal immigration and how to solve it–that the U.S. needs to construct a wall or fence on much of its border with Mexico in order to better control illegal immigration.

Well, Thomas L. Friedman’s title for his column this week in The New York Times is “We Need a High Wall With a Big Gate on the Southern Border.” So, we both think Trump was right about this and that President Biden will be making a mistake if he sticks to his promise to no longer build the fence Trump started. I wonder how much Catholic Biden is letting Pope Francis influence him about this. The pope has strongly expressed his opposition to all walls and fences on national borders. Biden’s refusal to continue the fence seems to have been the major impetus for a big surge in immigrants trying to illegally cross our southern border since he became president. It is reported that 170,000 illegal immigrants were stopped at our southern border in March.

Friedman says in his article, “a seemingly out-of-control border would be a godsend for the G.O.P.” He continues, “Already, a recent ABC News/Ipsos poll found that 57 percent  of Americans disapprove of Biden’s handling of the border. High wall-big gate is the right position for Biden.” Friedman means “gate” to refer to the U.S. continuing if not increasing its tradition of accepting legal immigrants. He argues that legal immigration has made a major contribution to U.S. economic success even in modern times.

I agree with all that Friedman says in this article. We don’t need Donald Trump as president, but we still need a barrier such as a wall or fence that he so much wanted to build. If further progress is ever made on it, I will call it Trump’s Wall except that since he put up bollard fencing, maybe it should be called Trump’s Fence.

April 19, 2021 Stewart Cink Wins RBC Heritage
Recent Comments
0 | Leave a Comment
"The oversight board was constructed by FB and has no real power. Effectively it just ..."
Keith Hunt Trump May Never Trumpet Again
"I've heard of another case or two of fraudulent votes for Trump. Since Trump had ..."
Howard Pepper Maybe Voter Fraud Was More for ..."
"I agree. This is a well-intended space-exploration project, not a portent of the End Times. ..."
Jennifer A. Nolan SpaceX Dragon Flies Like the Future ..."
"Thank you for turning a news story about SpaceX into religious gossip."
LuLu SpaceX Dragon Flies Like the Future ..."
Browse Our Archives
get the latest from
Kermit Zarley Blog
Sign up for our newsletter
POPULAR AT PATHEOS Progressive Christian
1