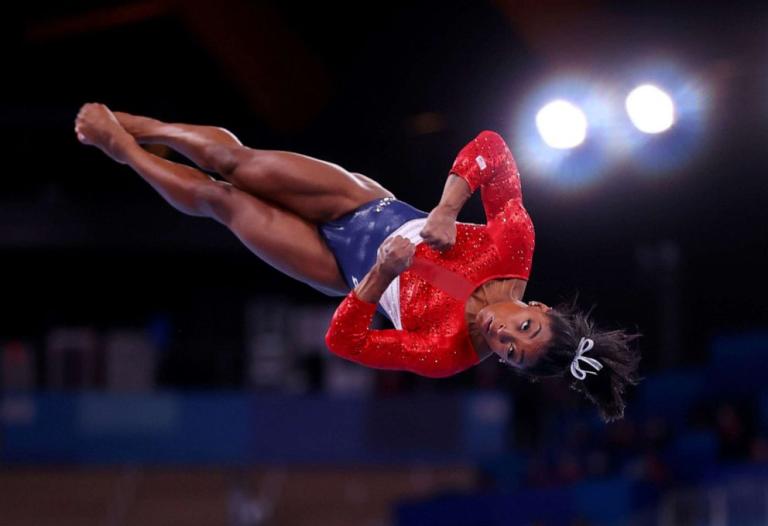 American GOAT gymnast Simone Biles surprisingly withdrew from the Olympics yesterday, saying she got “a bit of the twisties.” I figured she wasn’t talking about doing the twist dance while listening to Chubby Checker belt out his classic song that turned all us old fogies into twisters in our youth. But I thought she meant she got a stomach ache from eating too many pastries! Not so. She explained that when she came off the vaulting table to do a 2 and 1/2 twisting vault, her mind suddenly lost all concept of where her body was in the air, and she finished by only doing a 1 and 1/2 twist.

Gymnasts knew what cute Simone was talking about when she said she got “a bit of the twisties.” She meant that she lost her confidence and didn’t know what was going on while she was twisting through the air like Chubby Checker never saw before. She also explained that when that happens, you can get seriously hurt when you land. I bet!

Speaking of golf, the two most dreaded conditions that a golfer can face with his or her golf swing are getting the shanks or the yips. A shank is when you hit the ball on the inside neck of the iron club, and the ball flies way off to the right of your intended target. The yips are just as bad, and I suspect they may be like Simone Biles getting the twisties.

Usually, young people don’t know anything about golf yips. That’s because it’s usually just older golfers who get infected with this malady. It can even happen to pro golfers on the PGA Tour when they get into their 40s. A few years ago, when Hall of Famer and major tournament winner Ernie Els–known as the Big Easy for his calm demeanor and smooth golf swing–got into his 40s in age, he got the yips.

Golf Digest writer Sam Weinman wrote on April 8, 2016, while covering The Masters tournament at Augusta, Georgia, “On Thursday, after Ernie Els tried to explain how he had six-putted from three feet on one hole and then missed a series of mind-boggling short putts on others, he described his condition as if there was some kind of ‘short’ in his brain.

“‘I can go to that putting green now and make 20 straight 3‑footers,’ Els said after the round. ‘And then you get on the course and you feel a little different and you can’t do what you normally do. So it’s pretty difficult.'”

Weinman is right about a “short” in the brain. Great pro golfer Tommy Armour, a name from the past, coined the word “yip” in golf. He described it as “a brain spasm that impairs the short game.” It usually happens in putting. But it can happen in chipping as well. Even Tiger Woods got the yips in chipping not long ago.

It happened to the great Arnold Palmer when he was in his mid-40s. Putting yips often happen to wristy putters, and Arnie had a wristy putting stroke that worked really well throughout most of his career. But then Arnie got the yips. He would take his stance to hit the ball with his putter, and he kept standing there as if he couldn’t draw the club back. Then, when he did swing his putter club back and forward at the ball, he gouged at it as if he was trying to kill a snake with a machete! Everyone who watched it felt so sorry for Arnie. And Arnie–he just felt embarrassed.

I played in the Pinehurst tournament one day with Arnie, when he had the putting yips, and on the last hole I asked him if he’d ever tried curing it by locking his wrists, thus only making an arm stroke. He said he hadn’t tried it.

The great Ben Hogan got the putting yips even worse than Arnie Palmer did and for a longer time. Ben had a curious method of his own to try to overcome his putting hips. He called it his “daylight stroke.” He stood over the putt so long that a chicken could have sat that long and laid an egg! When Ben finally did make his move, he took the putter back so short and hit the ball so quickly that you hardly couldn’t tell, watching him, if he had indeed made a backswing. You must make a backswing in golf when you hit the ball or else you will be penalized. Hogan called it his daylight stroke because he said, most peculiarly, he could barely see daylight in the short length of his backswing.

But for a gymnast, if you get the twisties and then hit the ground, you not SEE daylight. At least getting the putting yips in golf is safer. Looks to me like both are a “short” in the brain, meaning a lack of confidence. Physiologists claim that putting yips in golf have to do with the aging of the brain. But that’s a discussion for another day.

July 29, 2021 It's Not Mental Health, It's Confidence!
Recent Comments
0 | Leave a Comment
"I feel this article could have been shortened to : It's possible be there is ..."
Robert LIMB Was Alec Baldwin Set Up?
"Possible but not probable. Somebody dropped the ball but we're way out too far of ..."
Karen Silver Was Alec Baldwin Set Up?
"Nicodemus was a leader of the Pharisees when Jesus told him plainly he must be ..."
Herrnhut Was Nicodemus Born Again?
"Justified Homicide, TOAD! Justified Homicide!Traitor-Babbitt, took an OATH to uphold the Constitution and defend our ..."
Ocelot Aardvark Pence Was “Unequally Yoked Together” with ..."
Browse Our Archives
get the latest updates from
Kermit Zarley Blog
and the Patheos
Progressive Christian
Channel
POPULAR AT PATHEOS Progressive Christian
1