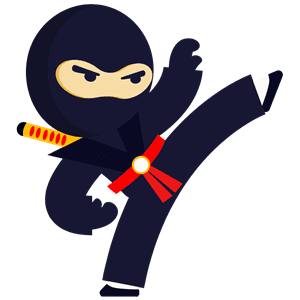 You’d think the secretive Cyber Ninjas, who are on a seemingly clandestine mission in Arizona, would be impervious to what they may have thought was a rather innocuous coronavirus for them. Not so.

I live in Arizona where the Cyber Ninjas (yes, that is their business name) from Florida have been conducting a recount of votes from the 2020 election. It’s because Republicans control the state legislature here, and they ordered a recount. But these Ninjas have never done this type work. So, it seems they really are out of their element. How did they get chosen for this job? Maybe the state’s Republican leaders did so because they thought ninjas would just be plain cool at doing a job like this. I dunno.

It’s all because former President Donald Trump is still yelling his head off that the election was stolen from him. But our courts have proved beyond a shadow of a doubt that it just ain’t so, folks. But that hasn’t stopped Trump and his political sycophants from continuing to believe what is now widely recognized as The Big Lie. Of course, we don’t know for sure if Trump really believes this. I think it’s more likely that he deceives people for certain purposes, like raising funds or, more importantly, trying to stay out of jail!

These Cyber Ninjas have been conducting this secret fiasco in the Grand Canyon state for several months. It is mostly a counting of ballots; but it also involves examining voting machines. The state government announced months ago that because the Ninjas had accessed these voting machines without independent and expert oversight, all of them, which are owned by the state and are not cheap, have been “contaminated” by the Ninjas and therefore cannot be used again in future elections. I think they have to be demolished.

I pay Arizona state taxes, and as a taxpayer I sure don’t like what those covert agents, these invaders from the Sunshine state (heh, we’ve got more sunshine here in Arizona than they’ve got in Florida, I guarantee you) are doing way over here in my state. I’d like to send them back home. Maybe they really came here just to get away from their crazy governor who doesn’t believe in mask wearing for COVID and tells those cruise ships, which are responsible for depositing so many greenbacks in Florida, that they can’t require their cruising customers to get vaccinated.

But these Ninjas had announced months ago that they would finish their covert count and reveal to us Arizona taxpayers on August 23, which was two days ago, whether or not Biden had flipped this red state and really won it against Trump or not. The official count had been that Biden defeated Trump by 10,457 votes, which is only a mere 0.3% margin. Trump could have told our Governor Ducey to “find me 10458 more votes” like he did on the phone to Georgia’s Secretary of State Brad Raffensperger.

Instead, the Ninjas announced Monday that they had to curtail their count due to COVID. That is, COVID attacked some of these Cyber Ninjas, rendering them too weak to continue their secretive search for more votes. Not good–Mr. Trump detests nothing more than “weakness,” unless it’s being “a loser.”

Both may apply here. These Ninjas have never indicated anything about recovering any lost Trump votes or discovering any Biden fraudulent votes. The one thing they have done well is to keep their findings under wraps, thus no leaks to the press. After all, that’s what good ninjas do.

So, these Cyber Ninjas have put their hunt for votes on hold until they get back to good health. One wonders if they thought they had natural immunity to this ravaging coronavirus, as if it couldn’t find them let alone attack them due to their invisibility. At least we now know that this devastating COVID can attack anyone, even Cyber Ninjas. 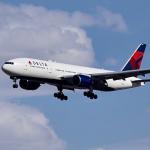 August 25, 2021
Delta Fights Delta with a New Weapon
Next Post

August 27, 2021 The Historical Reliability of the Gospel of John
Recent Comments
0 | Leave a Comment
"Possible but not probable. Somebody dropped the ball but we're way out too far of ..."
Karen Silver Was Alec Baldwin Set Up?
"Nicodemus was a leader of the Pharisees when Jesus told him plainly he must be ..."
Herrnhut Was Nicodemus Born Again?
"Justified Homicide, TOAD! Justified Homicide!Traitor-Babbitt, took an OATH to uphold the Constitution and defend our ..."
Ocelot Aardvark Pence Was “Unequally Yoked Together” with ..."
"Can you prove five people "lost their lives." You can't because only 5'-2" Ashley Babbitt ..."
Bob Shiloh Pence Was “Unequally Yoked Together” with ..."
Browse Our Archives
get the latest updates from
Kermit Zarley Blog
and the Patheos
Progressive Christian
Channel
POPULAR AT PATHEOS Progressive Christian
1