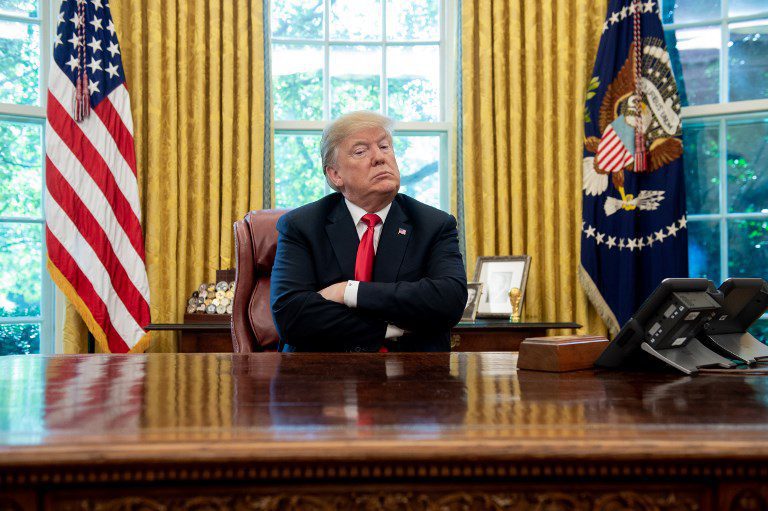 When Republican President Donald Trump finished delivering his State of the Union speech to Congress in 2020, we could see on television Democratic Speaker of the House Nancy Pelosi sitting behind him tearing up her printed copy of the speech, one page at a time, in quite dramatic fashion. Afterwards, Pelosi explained to the media that she had no previous intention do that. But when she realized at that instant that not a single page that “didn’t have a lie on it,” that what she did was quite appropriate. The next day she said to aides, “Last night, we saw the president of the United States shred the truth right in front of us. Tear up the truth.”

Two days after the speech, Trump said to the media that Pelosi committed a crime by tearing up her copy of his speech because that was “government property.” What a load! It most certainly was not government property and therefore Pelosi did not commit a crime. But Trump himself had been constantly committing such crimes, tearing up government documents in the Oval Office all the time and throwing them on the floor. His aides knew that there was a law against that because they had been trained about how to care for such government property that must be delivered to the National Archives.

Politico was the first to report, in 2018, that White House aides were constantly trying to piece together, often with Scotch tape, written documents that President Trump had shredded and tossed and getting them to the National Archives as they were supposed to do. They must have done that after Trump departed the room. I don’t know if he knew of their efforts to preserve the written records that he had tried to destroy.

The Special Committee investigating the January 6th Capitol riot is in the process of receiving a multitude of such documents from the National Archives as a result of Trump losing his lawsuit that went all the way to the Supreme Court claiming executive privilege regarding those documents so that they should not have been turned over to the Special Committee. This week, it has been revealed by the committee how pervasive was Trump’s practice of shredding these government papers.

Forty-eight year old and pretty black woman, Omarosa Manigault Newman, is the former “Apprentice” TV star who Trump put on his staff early in his presidency. They were quite friendly to each other until there was a huge rift between them. She then resigned, though some say she was forced out.

Newman then became one of the most vocal critics of Trump as president. Today, she said concerning preservation of such government documents, “We got a very big briefing about presidential records and management … we had been told that if you’re with the president and he hands you something … you have to account for that.”

Newman added concerning Trump’s tearing up government papers, “His habit of tearing these things up … my heart truly goes out to the people responsible for going in the trash bins [and] recovering these things. But there are certainly things that I’m sure cannot be accounted for because Donald Trump became very very aware that a lot of these sensitive documents would at some point be made public.”

That’s what the Special Committee is now looking into, whether or not Trump as president committed crimes as the Great Hypocrite Shredder, and if he did, how he must be held accountable for it as precedent for the future of the Oval Office and its government property. 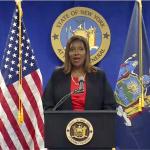 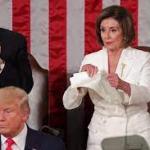