Who Was the Man Who Fled Naked at Jesus’ Arrest?

Jesus was arrested in the Garden of Gethsemane, shortly before his interrogation and condemnation by the Sanhedrin and subsequent crucifixion by the Romans. We read in the Gospel of Mark in the New Testament (NT) about Jesus’ imminent arrest, “Judas, one of the twelve, arrived; and with him there was a crowd with swords and clubs, from the chief priests, the scribes, and the elders” (Mark 14.43 NRSV).

The Gospel of Mark then includes a peculiar detail about Jesus’ arrest which is not found in any of the other four NT gospels. It relates, “A certain young man was following him,” referring to Jesus, “wearing nothing but a linen cloth” (Mark 14.51). The text then says of that arresting cohort and this young man, “They caught hold of him, but he left the linen cloth and ran off naked” (vv. 51-52). This account seems to indicate that one of the captors grabbed ahold of this young man, thinking he was a disciple of Jesus, which he likely was, and as he slipped away from the captor’s grasp, his linen garment came off, perhaps with the captor left holding it.

That ends this brief account; so, it tells us nothing about who this young man was. It is puzzling why such an unimportant detail would be included and not identify this guy. Consequently, all kinds of suggestions by scholars have been made to identify him. A fairly popular one was first put forward in patristic writings by Clement (c. 150-c. 215 CE) of Alexandria, Egypt. He cites an extra-canonical document called Secret Mark that some scholars have purported to date to the first century, but it more likely has a second century origin. It claims the young man in Mark 14.51-52 is the so-called “rich young ruler” in Mark 10.17-22. That text is about a “man” who asked Jesus, “Good Teacher, what must I do to inherit eternal life?” (Mark 10.17).

Jesus answered him by telling him to keep the Ten Commandments. The fellow said he had done that since his youth. Jesus then added, “‘You lack one thing; go, sell what you own, and give to the money to the poor, and you will have treasure in heaven; then come, follow me.’ When he heard this, he was shocked and went away grieving, for he had many possessions” (vv. 21-22). But there is nothing in the Gospel of Mark to cause us to identify this man with this guy who fled naked when Jesus was arrested.

Some identifications of this young man in Mark 14.51 are pretty crazy, such as that him being dressed only in a linen cloth indicates that–I shudder even to mention it–he was a homosexual and perhaps involved with Jesus in such illicit behavior. But the Bible soundly condemns homosexuality (e.g. Genesis 19; Leviticus 18.22; Romans 1.24-27; cf. Matthew 15.19; Mark 7.21).

I wrote a screenplay about Jesus’ resurrection. I also wrote a 100-page research paper associated with it which justifies various scenes therein. This research has information about the Upper Room where Jesus and his disciples ate the Last Supper (Mark 14.15; Luke 22.12). That apparently is also where the Holy Spirit came upon the disciples on the Day of Pentecost (Acts 1.13).

Tradition says the Upper Room was the second story of a house in Jerusalem that was owned by the mother of John Mark (Acts 12.12, 25; 15.37). He was involved early in the Jesus Movement with the apostles Barnabas and Paul in their missionary journeys. Barnabas wanted to take John Mark on a particular mission, but Paul refused. This actually became the cause of their split in ministry.

Tradition also says that John Mark wrote the Gospel of Mark and that he did so because he accompanied the apostle Peter on his missionary journeys in Italy. C.E.B. Cranfield therefore says the account in Mark 14.51-52 is probably “autobiographical,” meaning that John Mark was the author of this gospel and that he did not identify himself in that account out of modesty. I think this is quite possible.

I also think this tradition about the Upper Room being owned by John Mark’s mother is quite plausible, too. Accordingly, the young man who was almost captured at Jesus’ arrest, but escaped naked, could have been John Mark. My main reason for this is because of the nature of his clothing. Ordinarily, no one would go out into the night wearing what apparently was only a sleeping garment. But this was no ordinary time.

John Mark may have been involved at his mother’s home that night, perhaps even helping to prepare and serve the Passover meal. When Jesus and the twelve apostles had eaten the meal and departed the Upper Room, John Mark would not have gone with them since Jesus often did things only with the twelve, to teach them. John Mark very likely could have gotten word that authorities were about to arrest Jesus. We know it was quite late at night when this happened, thus after most people had gone to bed for the evening. So, John Mark could have been in his sleeping garment in bed, perhaps even asleep, when he received this disturbing message about Jesus. Being instantly alarmed, it is quite possible that John Mark left the house in great haste, thus without changing into the proper attire, and ran to Jesus’ favorite place to retire, which was known to many and which was the nearby Garden of Gethsemane. Upon his arrival, the incident would have quickly happened in which John Mark escaped naked.

August 30, 2022
The Veracity of the New Testament Gospels
Next Post 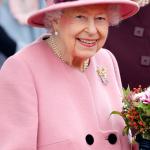 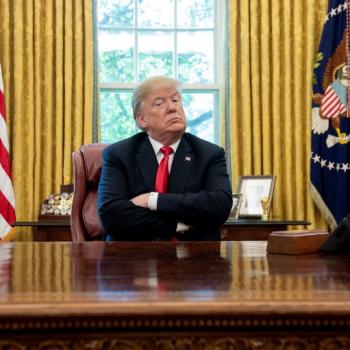