The blasphemy of a homophobic Jesus

The blasphemy of a homophobic Jesus September 4, 2014 Kimberly Knight

Well my goodness, it would seem that yet another “pastor” in yet another “Christian” church has found his 15 minutes of fame on the interwebs by intentionally whipping up theologically inaccurate, fear based, power hungry homophobia.

A pastor of a large Southern Baptist church near Chattanooga, Tennessee said this week that Christians would never repent for discriminating against gay people like they had for racism because African-Americans could not change the color of their skin.

After spending about 20 minutes recounting the perils of homosexuality throughout history, Gallaty asserted that the cities of Sodom and Gomorrah were destroyed by God because of gay sex.

“God said that the sins of the people had infected the very land in which they live,” he explained. “So what happens to people who engage in this activity, this sexual immoral activity? Go to Leviticus 20, God gives us the punishment for engaging in these sins… ‘If a man sleeps with a man as with a woman, they have both committed a detestable thing. They must be put to death. And their blood is on their own hands.’”

blah blah blah, ““It’s the most lethal attack we have today against the family,” he insisted. “And if the enemy can ruin the family, he wins.”

It would seem that Mr. Pastor Pants is more a disciple of Big Daddy Duck Dynasty rather than Jesus. The vile and pugnacious Phil Robertson just this week uttered the blasphemous “I’m as much of a homophobe as Jesus was,” Robertson told ABC News. “The people who are participating in homosexual behavior, they need to know that I love them.” – thus invoking the name of God and claiming he said something he did not – blasphemy!

SO Mr. Gallaty, your little RANT is nothing more than blasphemy. You are claiming something about God and Jesus that is utterly indefensible through scripture, reason or experience. You are taking God’s name in vain, G and I can see right through this great little publicity stunt to get your name in lights and draw some willfully ignorant, fearful and hateful people to your “church”. This hour-long tantrum  is all about you (vanity) and since you had the gall to claim it in God’s name, well – honey, that there is straight up blasphemy.

Since you seem to be throwing around on Hebrew Scripture willy-nilly (that’s the Old Testament in case you were confused) let me share a few other helpful pericopes that might clear things up.

“Now this was the sin of your sister Sodom: She and her daughters were arrogant, overfed and unconcerned; they did not help the poor and needy. Sodom’s sins were pride, gluttony, and laziness, while the poor and needy suffered outside her door.”

There are six things the Lord hates,
seven that are detestable to him:
haughty eyes,
a lying tongue,
hands that shed innocent blood,
a heart that devises wicked schemes,
feet that are quick to rush into evil,
a false witness who pours out lies
and a person who stirs up conflict in the community.

What, no queers on these lists? Ruh-roh!

Oh yeah, and our main man Jesus said nothing, not one thing, nary a syllable about homosexuality. He did though say A LOT about the religious leaders of his day who obsessed over man-made laws to prove their own self-righteous, misplaced piety. Maybe touch base with one, any or all of the Gospels in case you are unsure.

*Your obsession with homosexuality (to nearly the exclusion of ANYTHING else Christ calls us to do)  says everything brokenness and nothing about God. What you are teaching is dangerous, theologically illiterate and shameful Robby. You are doing nothing more than taking God’s name in vain to make yourself a celebrity, store up your treasures here on earth (from the pockets of gullible members), confirm people’s seething self-righteousness and tell the egregious lie that LGBT people are abominations. It is an utter nightmare for me to think of the gay children, teens and adults within the sound of your voice, sitting in that room (it is NOT a sanctuary) who you are damaging, deeply. Should harm come to even one of them because of their sexuality, their blood will indeed be on YOUR hands.

If you want to cast your lots with the brood of vipers, you know those power hungry religious leaders who created savage barriers between God and people, you go on with your bad self.  As for me and mine, we will choose to follow the One that the scrunched up religious elite conspired with the state to hang on a cross.

Oh, by the way Robby, I will be in Chattanooga in a little under a month to talk and hang out with some friends of mine. Please let me know if you would like to get together for a cup of coffee and talk about how much we both love Jesus and Paul’s quirky little notion that “nothing can ever separate us from God’s love. Neither death nor life, neither angels nor demons, neither our fears for today nor our worries about tomorrow—not even the powers of hell can separate us from God’s love. No power in the sky above or in the earth below—indeed, nothing in all creation will ever be able to separate us from the love of God that is revealed in Christ Jesus our Lord.”

* paragraph added after a fitful night stewing on these egregious shenanigans. 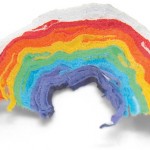 August 29, 2014
My life is not a rumspringa for your heterosexual lifestyle
Next Post 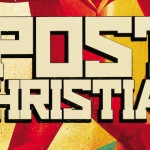 September 14, 2014 Christian, Post-Christian - A book I think you'll like
Browse Our Archives
get the latest from
Kimberly Knight
Sign up for our newsletter
POPULAR AT PATHEOS Progressive Christian
1

New Book: #WhatIsGodLike by Rachel Held Evans and...
There was one person who was immediately at the top of my...
view all Progressive Christian blogs
Copyright 2008-2021, Patheos. All rights reserved.