On Fasting and Menstruation! 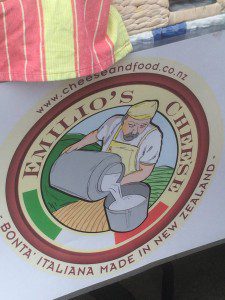 I had a conversation recently with a wonderful young woman, who, ready to embark on university study declared to me that there was nothing that she could see in Mormon theology that excluded and undermined women.  I was heartened that she was so faithful but I’m not convinced that her literalness will last much into her thirties.  I was  thinking (with fingers crossed ) that one day she will remember what I told her about being an important vanguard in LDS feminism. At this stage she simply rolls her eyes when I start on her.  But one day she will understand the frustration of many a Mormon women who feel tired of the charade of piety in a religion that acknowledges women as a vessel for child bearing but not the extraordinary and miraculous activities that take place in said feminine vessel outside of childbirth.  One day she will see her body as something that demands to be  honoured and acknowledged in her faith tradition as something distinctive  and special and she’ll be able to speak with confidence and assurance of those demands.  It is with this in mind that I wish to pontificate about fasting.

Tomorrow is Fast Sunday.  Every month, once a month Mormons (excluding children) fast.  Theoretically we Mormons  eat nothing nor do we drink between the evening meal on the Saturday evening and the evening meal on Sunday.   The exempt are those on medication, pregnant or breastfeeding.   The money that we would have saved from our voluntary starvation is accumulated and given to the needy.  In addition our hearts, bodies and minds are supposedly purified as we forsake the everyday exigencies of life in favour of some divine mindfulness.

I don’t necessary protest the idea of fasting.  Not at all.  But I don’t particularly like it.   To be honest I find it hard to think about God when I’m hungry.  God tends to take the form of a Curly Wurly or morphs into a bucket of KFC when I’m hungry and I’m reasonably sure that my hunger could preclude a most efficacious relationship.  But then again perhaps I don’t like fasting because I’m a greedy wee piglet and I love my food.  I was told once by the Stake Presidents’ wife,  who was far more austere than me, that my love of food was sinful.  But I figure that food is like sex.  God designed us to enjoy both so that we’d keep the species going, and that’s one thing that I appreciate about our omnipotent mastermind.  He gave us scrummy stuff and a body to enjoy it and I intend to honour that!

Sunday in particular makes me extraordinarily hungry and the contemplation of fast Sunday has me gnawing through everything in the cupboards on a Saturday as a result of the heightened anxiety I experience as a result of pondering my  forthcoming gustatory deprivation.    More often than not however I forget about fasting until Nathan looks at me pitifully on a Sunday with my mouth choker full of some sweet packaged delight I had secreted away to replace the carbs burned during three hours of pewage and asks,

“Are you not fasting today my  love?”   As if said chocolate praline resting in my gob isn’t answer enough.  Perhaps he thinks his gentleness might encourage my adherence,  but it simply infuriates me.

“Nope”,  I say as I stuff another in my already overstuffed mouth and offer him one as well.  “Num, Num”, I tease him as he turns away with a look of steely and ever so sanctimonious resolve.

I don’t know why Mormon fasting bothers me.  After all its just 12 days out of 365 and it seems it’s for such a nice purpose. But since my house has been full of children my desire to participate has waned as a  result.   It seems enough to me to get through the Sunday drama of: getting children ready for church;  getting self ready for church; coaxing teenager out of room;  preparing and feeding said children with stainless and crumbless food so that they don’t defile the Sunday best;  waiting for teenager in the car while beeping in frustration for him to hurry up;  managing foul  behaviour in sacrament meeting; teaching classes; participating in classes; having a spouse whose offering to God on Sundays is to leave me to the children while he helps everyone else;  rushing to church; rushing home; making more meals for self, guests, extended family, children, and husband.

But recently I’ve been reading a wonderful book called ‘Flunking Sainthood’ by Jana Reiss who after undertaking a month of experimental fasting proclaimed:

“Women admire the fasting but do not aspire to it.  In contrast, many of the men seem to regard fasting as an extreme sport.  They want to quantify my experience – How many days?  How many pounds lost?  Am I really abstaining from water as well as food?  Several indicate they might want to try something similar.  To them it’s a competitive dare, like swallowing termites or jumping off a cliff.  Something for the bucket list.” (p17)

It turns out according to Reiss who cites the Brookhaven National laboratory study on gender and food deprivation that women’s brains work quite differently when it comes to food.  Having fasted, the brains of women in the study  ‘were hoping with exhilaration’ at the mere sight of their favorite morsels.  The men’s brains on the other hand remained ‘calm and collected’.

In Mormonism we have all kinds of gendered language which supposedly works to naturalize the definitive roles of the feminine and the masculine.  Women don’t have the priesthood, men do;  women are homemakers, men are providers;  women are this, men are that etc.  If we pay attention to the discourse emerging from the church over 170 years it seems that everyone with a penis and a podium has had something to say about the place of women; in the church; in the home;  at work,  and in the community, in order to differentiate their roles from that of men.  Its exhausting work being a Mormon woman tossed about in the crashing waves of essentialist homily.  Yet for all of this, ‘women are different from men’ rhetoric it doesn’t seem to extend to matters of physical sacrifice.

The Muslims and Jews are more evolved in the feminist politics than we are.  Muslim women don’t fast during Ramadan while they are menstruating.  There are only six fasts that Jewish women might observe with Yom Kippur being the most important, yet even then, while in menses, during pregnancy  or breastfeeding there is no obligation for women to observe them.  In the Qu’ran menstruating women must not be pestered.  They cease their everyday routines and are alone with their bodies as their bodies recover from the ‘hurt’ of menses.  Even the orthodox Catholics don’t require fasting, prayer, or attendance at mass if they are menstruating!

Science and  God are a heady combination and it would seem that both have accounted for and have traditionally treated women with more care than their male counterparts with respect to the communal recognition of their physical differences.  In other faith traditions this has been an acknowledged part of the spiritual journey, inscribed in law, and accommodated in social practices.

Yet here I am a Mormon woman in 2012 battling with certain gendered power inscriptions except the ones I really want, which are (and should be included in the General Handbook of Instructions):

I have every confidence that there would be an exponential growth of feminine spirituality as a result, so much that the church couldn’t withhold the priesthood from us.  Or is that the MO right there??

February 22, 2012
One year on, one Mormon and one hell of an earthquake
Next Post

March 11, 2012 The kind of Mormon I want my children to be
Recent Comments
0 | Leave a Comment
Browse Our Archives
get the latest from
Latter-day Saint
Sign up for our newsletter
Related posts from KiwiMormon