A Year After a Church Discipline and I’m Still Mormon!

I would be remiss if I didn’t give a  huge shout-out to President Russell Nelson who has, by decree,  un-coupled the LDS Church from the moniker ‘Mormon’.   This means the word ‘Mormon’ can now refer to any one of the 400 or so churches and groups who have genealogy right back to Joseph Smith’s original Latter-day Restoration Movement.  It also paves the way for a much needed ecumenical conversation between all expressions of the LDS Restoration.

It also means I can still blog at KiwiMormon without having a crisis of identity.

You might recall that this time last year I was summoned to a Church Disciplinary Council on charges of apostasy.   I’d been saying ‘edgy’ things for a while but when I stepped over the ‘President of the Church’ line,  things got sticky; as I knew it would.

I had been outspoken about the fact that I thought the  President of the Church might be institutionally necessary but that he was spiritually superfluous.   Yet the church’s demand that I signal my loyalty by affirming the much-repeated injunction to ‘Follow the Prophet’ was compromising my determination to follow the ‘Jesus Way’.    So, I said very noisily and publicly,

‘I don’t, nor will I ever love President Nelson more than I love Jesus Christ.   I don’t value my church membership more than I value my belonging in the Body of Christ and my journey along this ever-unfolding spiritual path.’

And for my troubles, I got the ‘summons.’

I didn’t want to be excommunicated.  Its such a terrible act of spiritual violence.   And so, my dear, wonderful Mormon friends came to my defence.   They contacted and wrote to my local leadership from all across the world advocating on my behalf.  The result was ‘no action’ for which I was profoundly thankful.

But, after a brief flutter back on the Mormon pew, I realised I really didn’t belong, and there was no future for me there.     I had come to an impasse with the LDS Church and just because I wasn’t excommunicated I wasn’t so grateful for my near-miss that the church didn’t still disappoint me terribly.  I couldn’t stop wanting the LDS Church to:

Stop with the loyalty and belief tests.

Go to freewill offerings and be transparent about their use.

Stop interviewing children and adults about their so-called ‘worthiness.’

Do theology rather than pronounce doctrine.

Draw on the rich Christian tradition of ministerial and pastoral theology to train your leadership.

Be honest about  Church history and withdraw claims about the Book of Mormon as literal history.

Stop with the ‘we have the saving ordinances’ rhetoric. Ordinances don’t save.

But I was asking for the LDS Church to be something that they are not.   After one Sunday where the Pacific Area Plan was unveiled to us as our course of action for the next year, I was insulted and heartbroken.  Weeping in Nathan’s arms I cried:

‘This Church makes me so, so sad!’

Nevertheless, I’d had a long association with Community of Christ and had come to admire it as one of the most thoughtful, progressive, inclusive worldwide Christian churches that I knew of – even more so than the Anglicans who in New Zealand were still tying themselves up in knots over same-sex marriages.

Community of Christ has the same Kirtland beginnings as Brigham’s people, but it has, over its more recent history confronted many of the issues that the Utah Church has yet to engage.   And the result has been that they have emerged as a repenting church, a peace church, an honest church with an elegance in its ecclesiology and its theology that is breath-taking.   Never seriously imagining that I would ever affiliate with another LDS Restoration Church I nevertheless turned every stone over in my curiosity.  I spent hours in discussion and informal spiritual direction with members of its Council of Twelve and discovered a tradition that is compassionate, and open, vibrant and spiritually healthy.  I discovered a place that I could bring my Mormon self, my Christian self, my social justice self, my contemplative self and all of it, I came to see was welcome and included.

So, I was confirmed in April 2019 in the Temple chapel at Independence, Missouri while attending World Conference.  Then in May 2019, I requested a name removal from the LDS Church.

The result is that we still have a faithful Mormon family!

Nathan worships with the Brighamite Mountain Saints off-shoot and I worship with Emma’s Plains Saints people.   Our boys float between the two – but their community faith life has settled pretty squarely with the Anglican Church where Nathan serves as a youth leader during the week and I still attend semi-regularly as a parishioner.  We figure it’s our job as parents to attend to the spiritual formation of our children rather than their religious socialization so that when they choose (if they choose their own religious tradition)  they’ll have enough spiritual juice in the tank to make their decisions wisely.

It’s an unusual place for us to have landed.   We couldn’t have foreseen it, but it’s very lovely.

So, thank you, President Nelson.   Your policy decision means I can still blog at KiwiMormon.   I get to still claim my Mormon roots right back to Emma Smith who, like me,  refused to go with Brigham.   And in that refusal, I have discovered a  church that has evolved into a spiritually nourishing and mature Christian tradition that I feel very, very proud to be a part of today. 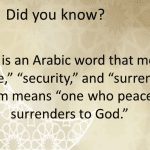 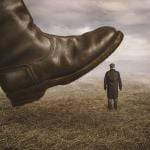 December 23, 2019 Hoarding the Sacrifices of Ordinary People: A Question of Ethics
Recent Comments
0 | Leave a Comment
Browse Our Archives
Related posts from KiwiMormon 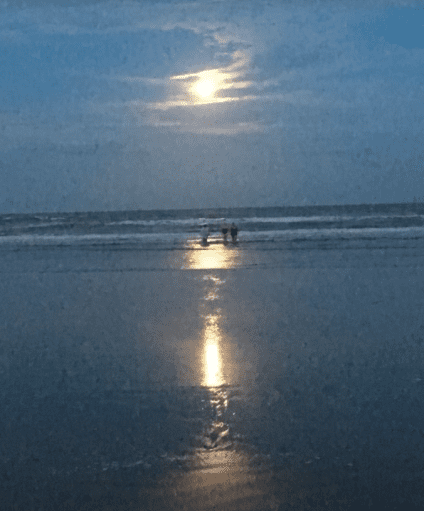 An Episcopalian Priest: Half My Congregation Practices Buddhist...
About five years ago, I met an Episcopalian priest for coffee. I...
view all Latter-day Saint blogs
What Are Your Thoughts?leave a comment
Copyright 2008-2021, Patheos. All rights reserved.
Close Ad