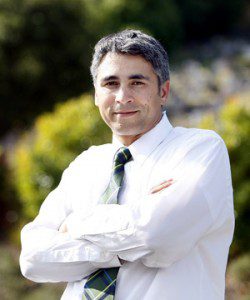 GUEST POST:  Ganesh Cherian of Wellington, New Zealand is currently a Stake High Counsellor and has served as a bishop for five and a half years.  Feel free to address comments to Ganesh on this site or visit his own blog LDS Essays.

Last month our Stake Presidency selected President Uchtdorf’s renowned talk ‘Come join with us’ from the October 2013 conference for our fourth Sunday ‘Teaching for our Times’ lesson.  President Uchtdoft gave an impassioned plea to those who have left the church, admitting mistakes in leadership, and promising a place for those who doubt. Since then it feels like the church has changed.  While Uchdorft’s talk seemed extraordinary at the time, in retrospect it  feels  like it was a preface for that change.  Change that is not without its challenges.

During this particular lesson one of my fellow high-priests informed us that two friends (a former Bishop, and a Stake President) in England had recently left the church over the ‘Race and the Priesthood’ essay.  As dutiful leaders they had instructed their congregations,  referring to the ‘the seed of Cain’ explanation for withholding the priesthood from Black members of the church until 1978.  This recent ‘clarification’ had apparently  undermined their understanding of both revelation and doctrine.  Though I haven’t left the church, this shift to more transparency is a challenge for me as well.  Not because I don’t welcome these revisions.  They seem very fair and thoroughly researched.  But like my fellow high priests, I too used these now discarded explanations and doctrines throughout my leadership to teach – and now I’m left to wonder.

As many may be aware, following the October General Conference the church released four essays, and without fanfare quietly included them in the ‘Gospel Topics’ section of the church’s official website.  These essays  have comprised the First Vision Accounts; Race and the Priesthood; Plural Marriage and Families in Early Utah;  and Book of Mormon Translation.  Each is a challenge to the seemingly authoritative version of our history – and the intention is to release more revisions/explanations  by April 2014.   Drawing on historical evidence and scholarship these essays go further than any previous official publications issued by the church in contradicting those narratives that good members have long repeated as justifications for our more curious doctrines and practices.  And naturally, many are baffled.

Our first Joseph Fielding Smith lesson for 2014 for instance included a discussion about the first vision being our resounding witness of God and Jesus Christ as separate individuals. But after a careful reading of the new source material it would appear that the First Vision account as we have come to know it, was virtually unheard of for the first decade of the Church’s existence. What we now regard as pivotal to our claim to divine mandate was absent for the first members. Leaving many questions over what those founding Mormons actually believed about the nature of the Godhead, and what caused them to join the church?

As a former Bishop I am perplexed. I have repeated stories to my ward to justify particular church practices. I have given the hard line on church policies and doctrines and have held people accountable. As recently as June I reasoned with a friend that polygamy was needed because there were so many more women than men at the time, an argument that the polygamy essay seems now to repudiate.

All of this has caused me to grapple with my own questions.  Is it possible that I have hurt people with doctrines and dogmas that in the light of these essays  seem to sit on shaky ground? I understand how essential it is to ‘sustain’ the Brethren but these days I live with a caution that those ideals that I believe today could be dismissed by future First Presidencies. As a Bishop I once performed a wedding for a friend of a friend. The grooms ex-wife and her girlfriend were guests and as I was seated at their table during the reception we chatted. It became apparent that they had really enjoyed the way I had conducted the ceremony and they asked if I would be willing to be their forthcoming ‘Civil Union’ celebrant. I turned them down explaining that as an officer of the LDS church I wasn’t permitted. I tried to be as sensitive and compassionate as possible and one of the women seemed genuinely understanding of my position but her partner was visibly upset. At the time I felt reassured that I was ‘right,’ and that any distress I had caused them was totally justified. I even congratulated myself on some level that I was sharing the gospel with them. I look back at that experience with regret.  I now wish that I had just reached out and given them both a big hug.

I also question myself regarding how blameless I am in my representation of these doctrines as definitive? Was I complicit in telling stories I suspected were problematic?  Could I have made an effort to be more informed? Could I have asked more questions, been more thoughtful, mindful? How did I get to this place where I have cause to wonder about my own, and the church’s integrity?

Today I am reeling from the translation of the ‘Book of Mormon’ essay. Exactly how was I to know that Joseph Smith got the words to the Book of Mormon by burying his head in a hat.  How was I to know that a stone he found in a well was instrumental in this process of translation?  Every picture, or  video I have ever seen has him sitting at a table with the gold plates before him pouring over these ‘curious characters’ by the light of a candle!  Was I naive to have faith in this story? Was I wrong to retell this story as a teacher, as a missionary, or as a priesthood leader? What am I now to make of the ‘truth of the matter’ when it speaks neither to my heart nor my soul.  What am I to make of a story I find confounding and frankly bizarre?

In New Zealand, as with other Mormon outliers we can sometimes have an insular view of the church. Away from the political, economic and academic machinations of the Mountain West, questioning is muted with accusations of ‘intellectualizing’ and ‘lack of faith’. In our predominantly Polynesian community faithful feeling is trusted before reason, and conformity is valued over critique.  My Pasifika brothers have been powerful and untiring servants of the church, sacrificing time and their meager means to do so. Because of language, education or cultural barriers it is unlikely that many of the older generation will ponder these revisions as I have. We may find ourselves on opposite sides of a delicate line, they preferring a version of church history that agrees with the ‘fabric of faithful feeling’ and myself seeking an understanding of the facts? Will we then be pitted against each other?  What if they, or others, who are disinterested in these historical revisions) are my Bishops or Stake Presidents?  Will this mean that I will be judged unworthy or unfaithful?

As we discussed these issues in class, some High Priests were visibly mortified, others bewildered, and a few exhilarated. Maybe this signals a return to the kind of lessons where plenty of heated discussion, peppered with rampant speculation was the order of the day. The kind of high priest’s banter that occurred before correlation and before our lively discussion were suppressed by our rigid adherence to a strict curriculum.

But as for me I am left to wonder where I go from here. I am torn. I love my church and credit where I am in my life to years of church service – but I cannot ignore the dishonesty. I feel aggrieved that in attempting to sustain and perpetuate stories of faith, the church has accredited doctrines to God that are simply fictions. Can such a chasm be bridged as President Uchtdorf suggests?

As we file out of class, a fellow high councillor remarks, ‘Isn’t it interesting that today’s challenge to our faith is coming directly from the church?’

January 12, 2014
"Church Instructs Leaders on Same-Sex Marriage" - or did it just make a bad situation worse?
Next Post