“Church Instructs Leaders on Same-Sex Marriage” – or did it just make a bad situation worse? 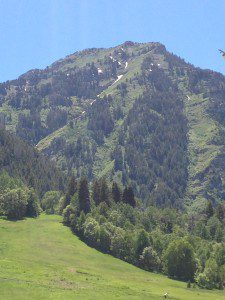 Once again the church releases an ‘Official Statement’ that makes the hearts sink.  My first thought when I read the latest was, ‘lets  watch and see how many members will bail’, and then over the ensuing hours the exit narratives in the social media began;

We could trust the moral high ground proclaimed in this latest declaration if it didn’t produce more questions than it answered, if it softened more hearts than it hardened.  But my guess is, it didn’t.  For homophobic Utah this would be a feather in the cap, a high five to those who think that the price you have to pay for the Kingdom of God is a few back stripes, a good dose of woop fanny, and a severe kick in the arse to any sonovabitch who dares to tamper with and challenge what is clearly ‘RIGHT’.  For LGBT folk it’ll be an agony,  and for Mormon LGBT allies… well speaking as one, they’ll be leaving gaps on the pews wondering how much more bigoted intolerance and prejudice they can take.

The first flaw in this missive is that once gain the WHOLE, GLOBAL, WORLDWIDE church is implicated in the political machinations of Utah.   As the ultra  conservative Utah church responds to the super conservative Utah politics it sends doctrinal ripples out to the rest of the world which means that with impunity they have a habit of dropping very gauche, very noisy,  and very foreign eggs in our local nests.

The fact is, there are 20 democracies around the world that have legalized same sex marriage.  The walls of heterosexual marriage haven’t imploded in these places, and as a New Zealander I didn’t wake upon the 20th August 2013, look at my husband and wonder if I should have married a girl.    So as someone who lives in such a country let me give my assurance that its fine – it really is.  Its actually better than fine, its really rather nice and it has made our country kinder and more tolerant as a result.  So I don’t want our church experience in New Zealand to be contaminated by Utah politics fought out in a climate of nauseating conservatism.  It doesn’t fit here.  Yes, yes – I know the missive was directed at the church in the US, but its still a statement of religious position and either it is globally relevant, or it isn’t doctrine. Which leads me to wonder how it is that God is so overly concerned with Utah State politics at the expense of the numerous universal concerns that the scriptures would indicate so clearly and repeatedly concern Him?

So, I’m hopping mad that Utah church gets to create a sanctioned flashpoint of discussion within our global congregations.  Because as Mormons, when it comes to politics, we tend to only talk about approved topics, and when an official announcement is released it then becomes an approved topic.  But of all of the political issues that the Brethren could have gotten their knickers in a twist over,  why same-sex marriage?  Why not condemn the unholy alliance between public and private interests?  Why not address the problems with skyrocketing poverty and inequality?  Why not be in indignation over human rights abuses?  Or here’s a good one, why not issue a statement on the abuse and exploitations of girls and women?  I just don’t think same-sex marriage is worthy of moral outrage.  Its not exploitative, its not cruel, it doesn’t create poverty, its not a precursor for war, excessive corporatism, or exploitative economics, its not mean, its not intolerant, its not sexist, its not abusive, its not a social disease and it won’t steal your car or hold you at knife point.   Heck, it doesn’t even deny the existence of God.   Its simply the legal formalization of a monogamous relationship of choice.  And lets face it, its  going to happen anyway because  its a nonsense to assume that we can completely turn off our sexual orientation, and thus who we end up loving.

The second flaw is the theological one because it’s simply not thorough.  It is reminiscent of those racial doctrines that church leaders stood behind with certainty – until they didn’t any more.  It’s plainly a heteronormative narrative pronounced in the name of God for good measure – just like those white racist narratives that simply said,  ‘you are denied’.   The denial in this case intrudes upon the realm of love and family leaving silences around what same-sex couples are to do about their devotion to each other.    What are they to do with the children they may be parenting together?  What are they to do with memories they have created together?  What are they to do with the belonging they now enjoy in their relationship?  How are they to make sense of their experiences of God who has been generous with outpourings of spiritual feeling when they have searched for Him?  Is it really enough to say ‘God don’t like it’?  If it was a robust theology or a doctrine you would have thought God knew enough about his own doctrine to be a bit more comprehensive, enough to answer, even in part, some of these questions.

Years ago, after reading ‘Approaching Zion’ for the first time, my friend Chris, who introduced it to me suggested that the only way for the church to flourish and grow is for the headquarters to get out of Utah, or even the United States.

‘Relocate it to Mexico’, he suggested.

I’m picking its about time to do just that.  Then lets see what issues bubble up for God!

December 8, 2013
Mormons, Mandela, and the Race and Priesthood Statement
Next Post