Mormons, Mandela, and the Race and Priesthood Statement 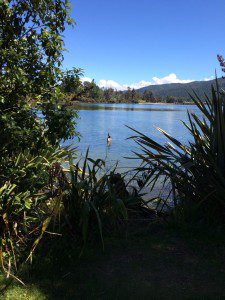 And yet there is more that could be said and done.  Call me cynical but the timing of the Race and the Priesthood statement from the LDS Newsroom;  the PR department;  the First Presidency, or wherever it came from appears to be an effort, in light of Mandela’s death, to mitigate for the church being positioned on the bad side history.   Or perhaps it’s just a coincidence.  Either way, as a church we have no right to effuse over Mandela’s Long Walk to Freedom.  His greatest work was as a political subversive and in his  challenge to the racial, political and economic order of things, the very things our church has historically excommunicated for – calling it ‘apostasy’.  So we don’t get to join hands with the rest of the world in celebrating a figure who would have been deprived of influence, priesthood, and even membership had he been a Mormon.  And notwithstanding the  long awaited honesty of the Race and the Priesthood statement, we are not yet that church that was once racist, and is no longer.  Yet more needs to be said and done.

Firstly, an apology is in order.  The lives of faithful people both black and white were destroyed, upended, devastated by this doctrine.  There are generations and generations of Black and Coloured folk who have had to wonder who they are in God’s eyes because  church leaders sustained a discourse that blatantly positioned them as inferior.   They need an apology.

There were those who were excommunicated for their outspoken criticism of the church’s position on the divine order of mortal color – have they received an apology and a reinstatement– even posthumously?  They deserve an apology.

And there are white folk who have been lead astray be a vicious doctrine upheld by white men.  White priesthood leaders who have not had to think about what their own race means in the order of  Godly things and have apparently  privileged their own credibility as inspired religious leaders above their need to put things right, and they have not put things right when they could have been put right – white folk deserve an apology for being lead to believe things that are simply not true.

And this admission has taken a long, long time, too long in fact – a wait that deserves an apology in and of itself.

Secondly, this is not something for the newsroom alone.  This is not an incidental explanation that gets to sneak in quietly on a discrete webpage.  The racial theories of the past were declared, understood and promulgated as doctrines and thus need to be officially repudiated in General Conference, as letters to be read by Bishoprics to their congregations, in addendum documents  provided with curriculum materials.  This statement should have come with an explanatory letter from the First Presidency, signed by the First Presidency and Quorum of the Twelve and backed up with procedures for  dealing with those who continue to teach and preach these spurious doctrines.  There must be some protection for those who will continue to be affected by those who cling to these false doctrines, and feel justified in preaching them in church.  Will those who refuse to part with their racist accounting of the order of heaven be treated as harshly as those who had in the past raised  the voice of protest to those racist doctrines?

Thirdly, we need to find a way of talking about the fact that a few good men alone don’t equal God.  We need to accept the dangers in privileging mortal leadership above the sovereignty of God, and the efficacy of scripture.   Because we are a largely white conservative church, not just in terms of demographics, but in terms of culture, power and influence, perhaps we imagine that the question of race is incidental, irrelevant or not necessary in terms of questions pertaining to our personal salvation.  But there are huge implications in this admission of wrong that now need to be tackled;

1)   Those we had thought were talking to God, had in fact made a God of their culture, their politics, their privilege, their race.  They were wrong.  What else have they been wrong about?

2)   Given that they were wrong and it has taken the Brethren this long to admit it, what do we  accept now as doctrine that might be repudiated in a few years time?

3)   Where are the curriculum lessons that address our need to deal with  institutional and even prophetic error?

4)   Will we be protected in our objection to other forms of prejudice that have been weaved into the fabric of our organization?  Does this give us a justification to raise a protest to this as well?  Can we now thumb the ‘Brethren’ and tell them that they simply can’t be trusted?

Don’t get me wrong, I believe the statement, though frustratingly overdue, to be a relief, and absolutely necessary, I’m not so churlish as to deny its importance.  But over time I’ve seen the church make statements for one of two reasons.  One as a PR exercise to mitigate for public criticism, and one as a concerted effort to teach and influence the ‘right’ thinking of its members.  Without the extra effort to ‘put right’, to repent, this statement appears to be in the former category.  Great, but just not great enough.

November 26, 2013
On giving a Sacrament Meeting Talk about Official Declaration Two
Next Post