On giving a Sacrament Meeting Talk about Official Declaration Two 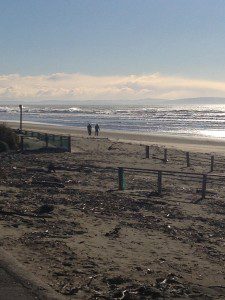 On Sunday I was asked to give a sacrament talk on Official Declaration Two, which is the Church’s 1978 statement extending the Priesthood do all ‘worthy males’.  The subtext of this declaration was obviously  that at one time not all worthy males were eligible for the priesthood with the restriction being placed on those with Sub-Saharan Black ancestry.  I told the Bishop that he’d taken a punt on me speaking on the subject but he responded with a characteristic  jolly shrug of his shoulders and a keen  interest in finding more out about the topic.

Thus, I framed it around the notion that our first loyalty must always be toward the integrity of the word of God, beginning my address with the following:

If I could preface this talk with some kind of cautionary about the mortal condition it would be to say, the best thing we can do as human beings is to get a sense of how difficult we make ours and others lives when we confuse social group conformity with obedience and cultural mythologies for doctrine.  We seem to struggle with understanding the difference between spiritual transcendence and ‘hot emotional surges’; between saving doctrines and institutional policy; between God and the religious elite; between a Zion community governed by Christ, and ‘Church’.  The gospel of Jesus Christ is not found in the singularity of one set of cultural values, nor the power of one particular economic class, nor the seemingly efficacious position of one particular political doctrine.  The gospel of Jesus Christ is found in His followers raising a challenge to popular ideas that oppress others, in our need for compassion, and our constant seeking out  the presence of God in our lives.

I then explained the historical evolution of the so called ‘Negro Doctrine’ introducing it as in important instructive to followers of Jesus to take care in choosing who or what they make their God, reiterating President Uchdorft’s message in which he affirmed (shock, horror) that church leaders sometimes make mistakes, and Jeffery Holland’s (2005) admission with respect to past leaders’ position on Blacks.  ‘All I can say is,  however well intended the explanations were, I think all of them were inadequate and/or wrong’.

I described a succession of high ranking leaders who were oblivious to problems with the doctrine, some who were skeptical, and some who obviously indoctrinated by speculative mythologies such as the Egyptus, Ham, Seed of Cain myths which were rounded out in a uniquely LDS mythology on the variance in pre-existent valiance.  I ended with Bruce McConkie, who repudiated his own former position and those of his predecessors, along with  Gordon Hinckley who declared:  ‘No man who makes disparaging remarks concerning those of another race can consider himself a true disciple of Christ.  Nor can he consider himself to be in harmony with the teachings of the Church.’

It was blunt, vigorous, and hopefully historically watertight – relying on the historical records and quotes of former church Presidents to demonstrate their feeling on the subject.  I didn’t mince words, I didn’t protect Brigham Young, George Q. Cannon, Bruce McConkie, or Mark E. Peterson.  I think I was fair and treated the topic even handedly ultimately giving voice to a contemporary perspective of racism as anathema to the Gospel of Jesus Christ.

As a communications scholar I’m well aware of the variations of a listener’s understanding when hearing a message.  Stuart Hall’s seminal ‘Encoding/Decoding’ model proposes that we generally receive messages from one of three positions:

So when thinking about our sacrament talks we can be pretty satisfied that  each member of the congregation will hear the message differently.  This can’t really be helped, and besides which we surely  don’t really want a horde of mindless bovines who moo with approval at everything said?  How dull sacrament meeting would be if we thought that the sole purpose of speaking was simply to jolly up a fervor of monotonous agreement for things repeated so often as to cause the audience to glaze over.  Yawn!

The General Handbook of Instructions (2006, p64) affirms that the purpose of the sacrament talk is to receive gospel instruction, and that talks and music ‘should focus on gospel subjects that ward members most need to build faith and testimony’.   But the problem is in understanding and knowing what it is that the ‘the ward members most need to build faith and testimony.’   While most groups of humans develop a certain collective personality, as pointed out above, even within an institutional orthodoxy like Mormonism we are all over the spectrum in terms of how we understand a given message, so sacrament talks are a bit of a punt.  In an ideal world we would channel God so well as to be pitch perfect in all of our pulpit utterances, but even Jesus didn’t get a level 1 reading of his words, so in the end it’s a bit hit and miss – as was the case on Sunday.

I have no doubt that there were people in the congregation who were troubled with my talk.  There were some grim looks on the faces of those who find me problematic.  Yet they are only  few in  our ward that works well to cultivate a sense of belonging and care – regardless of ones ‘grudges’ or ‘issues’.  In the midst of my faith crisis some years ago I had an audience with my Bishop who patiently let me riff on church finances etc.  And as I wound up he wasn’t white knuckled, nor did he try to ‘manage’ me.  He simply said:  ‘Gosh, I didn’t know about all of that and it doesn’t sound very good.  I sure wish we had more of that money in the ward budget.  But –  do you love the community?  Because we love you and want you to remain a part of us.’   And that mood seems to permeate our ward – ‘As long as you are here, we are better for it.’

My biggest surprise after the talk on Sunday was how well it was received.  A woman who had been less active had come back to church  for the first time in years.    She was pleased to hear my talk as the ‘Blacks and the Priesthood’ problem had troubled her for some time.  Later, the missionaries wanted to talk about it, and were satisfied to know that it was OK to tell investigators that this policy/doctrine was simply wrong.  They were pleased that they didn’t have to back it up just because it was said by former Presidents of the church.  More than a few women who had been in the church for many years thanked me, explaining that they had grown up with the valiance in the pre-existent doctrine but that it had never rung true and they were now happy to dump the whole mess with relief.  The youth were at our home on Sunday evening and they too mentioned my talk.  We had a lovely discussion that showed how clever, insightful, thoughtful and faithful these young people really are.

I’m not sharing this in order to be impressive, I’m saying this because there is an appetite in many wards for faithful honesty from a church that has, and continues to cynically and tightly control its message.  I’m saying it because good people have questions and just because Church leaders  have tried to put our past to bed, it doesn’t mean that these questions don’t still linger in our collective consciousness.

I’ve shared this experience because sometimes facts and evidence are more powerful in raising spiritual consciousness than weepy anecdotes.  I’ve shared this because we need more church leaders who don’t minimize or diminish the power of their congregations to understand complex ideas, or to remain faithful even when presented with the problem of inconsistent church histories and doctrines.  I’ve shared this because we need more leaders who understand that faith promoting experiences are not simply those that give you heart flushes,  pulses of warmth or the assurance of conformity.  Faith is an affair of the head as much as it is one of the heart and spirit.

Notwithstanding the material, this was largely a positive sacrament meeting experience.  It was made so because the Bishopric weren’t afraid to ‘go there’.   It was positive because notwithstanding the Stake President being good heartedly rattled he stood up to support the veracity of my argument (although I think he would have liked it said in another venue).  It worked because we have a ward where discussions are not shut down, where we get to work out our salvation in a climate that is open, thoughtful and kind.  It worked because our breath doesn’t catch every time someone says something ‘uncorrelated’.    Above all, it was mostly positive (ie. mostly ‘dominant’ or ‘negotiated’) because as a ward we jealously guard the right of everyone to be themselves – what ever pulpit surprises might eventuate!