The Allegory of the Sinus 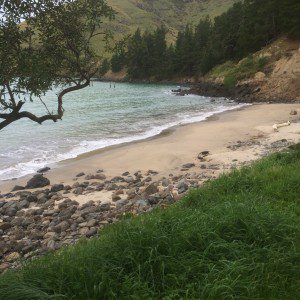 Firstly, let me point out that this post isn’t really about my husband or his snoring – its allegorical – which means I’m talking about something else.

Let me preface this essay by saying that I am confident that  many Mormon men are quietly aware  that a change is on the wind.   Not that they’d say anything in Elders’ Quorum or High Priests’ Group, where they have been quietly socialised into embodying a state of semi-consciousness.  But I firmly believe that most men know that the church could and should  better reflect more powerfully a  positive sex balance, and that its ultimately to the church’s detriment that it doesn’t.   Many of our Mormon men work in contexts in which their bosses, managers, directors and coworkers are women – a context that they have come to see as normal and healthy.  They live in homes which are managed expertly and inexplicably well by their female partners.  They have a tickling awareness that while many Mormon women are accomplished and successful outside of church, the gender imbalance  that exists in the church that excludes women from authority, power and influence is out of order.  The trouble is that for many Mormon men (not all)  the response to this creeping dissatisfaction has been a collective snooze.  But this collective snooze is emitting a collective noise that shouts and trumpets a collective disinterest in addressing the crisis.  But what is more, this noise  is  keeping their wives, partners, girls and sisters awake – and while they slumber we are thinking – a lot.    And hell hath no fury like a woman kept awake and thinking by their oblivious plus ones!  Anyway, here’s my story…

My husband snores.  Before you feel embarrassed for him  – let me assure you he doesn’t mind.  He’s an Aries, born under a jolly  planet so he’s largely impervious to embarrassment.  In fact I would venture to say in our 20+ years of marriage I have never seen him embarrassed.  Shortly after we married I wandered in on him unexpectedly in our bedroom.  He was standing in front of our full length mirror admiring himself in one of my dresses.  It was a pretty dress – so I credit him with taste.  Rather than blush and immediately scuttle behind the wardrobe he smiled broadly and did a dainty leap in the air, “This dress is really really comfortable – can I try one of your bras?”   So don’t feel sorry for him.

This snoring business has  been gradually occurring as his neck organs have accumulated the fallout that comes from ingesting too many hamburgers, chips and muffins.  Not that I’m svelte – I’ve always been ‘big boned’.  But he’s a thoroughbred so a kilogram extra makes him look pregnant.  In this case he’s carrying fat babies in his adenoids.

There are others who can attest to the thunderous racket his face makes in his sleep.  A few weeks ago he went on the Christchurch Stake temple trip to Hamilton.   Some days into this sacred trip away  I was sent an email by one of his room buddies.   In their wisdom the trip organisers had made  temporary bachelors of a group of  young fathers who had abandoned their families (during the school holidays) to get with God, and they housed them in the same apartment.   This meant that Nathan had to share a room with a local branch president.  A couple of days into this trip President Gardiner sent me a sound file with this in the subject line:  ‘Your snoring husband’.

When this message was shared with my husband he was hugely diverted as if this conversation was for his own personal amusement.

Over the years I’ve mentioned to him that his snoring regularly wakes me.  But he doesn’t seem to mind. He doesn’t even mind my vengeful midnight somnambulatory retribution.  In a sleepy haze I’ve slapped his face, stuck my fingers, and ear plugs up his nose, booted him, shouted at him, held his nasal passages closed, beaten him with a pillow etc.  None of which rouses him to apologetic wakefulness.  Occasionally he asks me in the morning to account for an inexplicable pain somewhere in his body for which he is suspicious I am responsible.  But notwithstanding all of the abuse – the snoring continues.

With confident foresight I used my gift of intuitive prophecy to explain to him recently what will happen if it doesn’t cease:

Phase 1:  I will begin my nightly slumber in our marital bed but will retreat to the spare bedroom when he wakes me.

Phase 2:  I will just go  straight to the other bedroom when its time for bed.

Phase 3:  I’ll  move my things into the other bedroom and the spare bedroom will become MY bedroom.

Phase 4: One day I’ll ask myself why I should move out of my queen sized  bedroom with its comfy super king bed when he is the problem.  Nathan will come home and find that I have moved all of his things into the other bedroom and my things back into our bedroom.

Phase 5: We will cease having intimate relations (actually that will probably begin at phase 2).

Phase 6:  We will cease talking.

Phase 7: Our children will be traumatised as they witness the slow degradation of our marriage – they’ll drop out of school and resort to drug use.

Phase 8: With nothing to to keep us together save a dull domestic arrangement I’ll find someone with more polite sleeping manners.

Phase 9: Nathan will die bitter and unhappy because after our divorce he’ll marry an unquestioning frump who his mother has chosen (she’s never really thought me suitable) and he’ll despair as I take ‘alla dis’ (said gesturing toward my ample bosom) on the road.  I’ll be happy because I’ll get me a full lipped  hottie with a six pack, and a slim neck, who listens to Schubert  and weeps while he makes me pasta.

The thing is, this snoring doesn’t really bother Nathan. He has the privilege of enjoying a full night’s  sleep.  That classic Mormon bedtime prayer:  ‘Please bless me to have a good night’s sleep and wake refreshed for a new day’ seems to apply to him –  but at my expense.  The only bump in his perfect somnolence is me. When I testify of the inconvenience his snoring constantly causes me he can choose or not choose to take it seriously with little or no immediate personal inconvenience.  After all – his sleep is unproblematic,  and isn’t that what really matters? 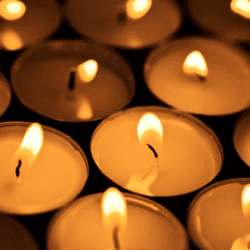