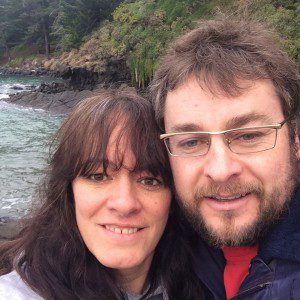 This is my response to the Plural Marriage in Kirkland and Nauvoo essay posted last week to LDS.org.

A couple of years ago I was talking to my 16-17 year old Sunday School class about polygamy. They raised it – not me.   Our conversation was about the early practice of Mormon polygamy and how it came about. The girls in the class turned up their noses and looked aghast while one boy responded to Joseph Smith’s revelation on polygamy with a snort, and a, ‘Yeah right! That’s convenient!’

To say that polygamy has been a singular nuisance to the church is an understatement.   Over the years various discourses have been raised to counter the repugnance that many, inside and outside of the church feel for the practice.

The Wastach Front is filled with the descendants of multiple wife practitioners and it ‘fulfilled a glorious purpose’.

It’s been a great source of strength to the church today.

It gave homes and shelter for single women.

Our great church leaders came from these homes.

The thing is I DON’T CARE. I find it a repellent, dehumanizing practice that reduced females to brood mares and turned Utah into a pious stud farm. Furthermore it has historically quashed some of my enthusiasm for a happy afterlife, particularly in contexts when I’ve been told that my husband will be required to pick up further wives as a matter of eternal course.

There hasn’t been once in my 39 years of being a Mormon that I have ever had the slightest modicum of spiritual feeling for the practice – other than abhorrence. So there is absolutely nothing the church can say, whether through essays, declarations or apologetics that will sway me on the matter.   I see it as little other than a form of spiritual abuse to maintain a discourse of high transcendent religious motivation around the character of Joseph Smith when he was, at least in this respect, a womanizing, seducing, Lothario who coopted God in order validate his particular feminine tastes.   So LDS.org doesn’t get a pass from me for their unpunctual candor. Good on them for finally broaching a tricky topic and publically admitting Joseph’s theological inventiveness that shaped several generations of Mormon discourse, but it doesn’t go far enough. Perhaps its time to drop the ‘righteous polygamy’ story entirely; along with everything else that has adhered to it over the years.

So here’s my take on the historical matter. I like to think of Emma Smith as the other half of Joseph’s prophetic mission. When Emma said ‘no’ to his calls for her polyandrous compliance  he should have stopped. Emma’s guidance and criticism on the practice should have brought Joseph’s enthusiasm for multiple wifery to a screaming halt.   If Joseph had listened to his wife on the matter the story of Mormonism would have played out quite differently, and ultimately with less controversy and more ease, and less fear, paranoia, secrecy and pain.

And for me, that very reluctance on the part of the masculine church to admit the voice of women – in all matters – has been its bane.

I don’t have a testimony of flaming swords; angels commanding the practice;  novel revelations, (Section 132). Nor do I believe in the divinity of these strange dalliances and couplings.     This is not to say that I have dismissed Joseph entirely. He was a cad, but he was a mad and bold visionary who was as audacious as he was quixotic. I would have loved Joseph the Prophet.   I would have sat at his feet and soaked in his emergent and brilliant theology; I would have been loyal to him; I would have followed him and believed in his vision of the heavens and my eternal potential.

But if Joseph had come a sniffing around my daughter I would have kicked him in the nuts and sent him home to his wife.