So what kind of church is this? 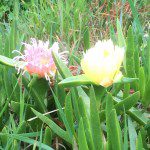 In a previous post I mentioned that I had been attending a local Baptist church. I’ve been doing so quietly for about a year, sneaking out of my LDS ward meetings and sneaking into the Baptist church. The fact that I keep going back there surprises even me – I mean – its Baptist!!!  I’ve sometimes gone to the Anglican church where I’ve long thought I’m most suited but I just keep going back to South West Baptist – anonymously – until last week.

The boys and I were discovered in the pews by one of the pastors, which is a miracle because this is a big church. It has three gatherings on a Sunday and they are big – by LDS standards. People pour in, and pour out, and pour in again and its easy to remain ‘unseen’ and that’s the way I have liked it.

But Duane found me last Sunday and we began talking. I told him my story – I was in a spiritual retreat from the Mormons and wanted to spend some time rediscovering God and Jesus. I was seeking – not for a church per se – but for a new way of seeing and experiencing the divine. We talked before the service and after the service we went to the cafeteria where he bought my boys a couple of steaming bowls of hot chips with tomato sauce, and me a hot chocolate with marshmallows and we talked some more.

“Duane,” I said. “How come so many people come to this church? The numbers blow me away.”

“That’s because we build wells not fences.” He explained. “As a pastoral team we have had to think  about  what’s important and in the end people come here because they want the word of God. We don’t take long bows and shoot from our pet peeves to the Bible. The way we preach from the Bible needs to be smart and on point or the people won’t tolerate it.”

“I’ve noticed that.” I replied. “There’s nothing I’ve heard preached here that is either super conservative or super progressive.”

He laughed. “Gotta keep it grounded in Jesus Christ. You could take any number of political issues and make Jesus the author of your point of view. The Americans are doing that all the time. I was there recently and one evangelical I was talking to  told me that he was pleased that God inspired the constitution so that he was free to carry guns!”

We laughed together at our mutual bewilderment. Me as a Mormon who knows what it means to watch your American church become politically driven, and he as a Baptist who also noticed the influence that the American arm of the church can have on defining Jesus’ teachings through the lens of American political conservatism. We agreed that it wasn’t doing the church or Jesus a helluva lot of good.

I asked question after question and Duane answered. He was affable and open without the slightest hesitation in responding with honesty.

“Yes, its a good community, but it has its inevitable flaws – you just haven’t seen them yet.”

“No, the pastoral leadership team doesn’t always agree but knowing how to dialogue through the differences makes us stronger.”

“No, not everyone likes everything about the services. For some its too charismatic, for others its not enough – getting the balance is important. But it must always come back to a focus on Jesus.”

And then he told me something remarkable that I hadn’t realised. “In the Baptist tradition.” He told me. “The people have the authority. The pastors and elders are simply there by the voice of the people.”

This intrigued me so when I got home I did my own research and discovered three main models of church government. The episcopal model, the presbyterian model and the congregationalist model (not to be confused with the denominations of the same name).

Episcopal church governments run as a hierarchy – top down, authoritarian with power vested in the top tiers and are usually centrally organised (Catholics organise on an Episcopal model).

The Mormons began with and enjoy traces of the congregationalist church government tradition. We allow lay people to do the work of the ministry, we hand over the exegetical work to lay members, and we have kept alive the idea of common consent. But in reality we have increasingly adopted a more episcopal church government model. We run a top down system, our finances are not transparent, the people have very little say in the affairs of the church, we spend a great deal of time policing, surveying and disciplining those who disagree with church leaders.

I’ve given this lengthy introduction to my public response to the current crisis in the LDS church over the changes to the Church Handbook of Instructions that render those in same -sex marriage as apostates and their children as eligible for the LDS ordinances only with harsh qualifications. because I think now is a time for clear-headedness. And sometimes that clear-headedness can only come about by taking a step back and thinking broadly.

We need facts and we need to make decisions based on those critical facts.  So I’m providing some:

Fact: The LDS church is an exclusive, high demand church that organises its power structures around the central authority of an elite group of males who pay themselves out of charitable donations without any accountability to the people.

Fact: General Authorities are on a pay grade and the benefits get better as they go up the ladder.

Fact: Not everyone is welcome. There are many, many, many lines in the sand.

Fact: The more novel a church’s faith claims the more tied the people will be to that religion because extreme belief pulls them out of dialogue and narrows them into small social circles that evoke a strong sense of belonging and identity.

Fact: The LDS church’s hidden curriculum works to generate loyalty to the organisation and its leaders. It rewards fidelity and disciplines disloyalty.

Fact: The principle of the atonement as taught applies only to the general population. It doesn’t apply to the hierarchy or the organisation who believe themselves excused from either apology or accountability to the people.

Fact: The majority of Mormons believe that the President of the Corporation of the Church of Jesus Christ of Latter-day Saints is in constant conversation with Jesus and that the Brethren are incapable of mistakes in their governance of the church. That rhetoric is supported in the church’s formal and hidden curriculum.

Fact: LDS corp has never wanted, nor embraces, nor seeks for, nor advances, nor enjoins the opinions of, nor is very changed by the concerns of the poor, women, people of colour, non-Americans, or those who are LGBTQ. These days any adjustments made to the central operations of the church on behalf of any of these groups are primarily led by pragmatics and PR more than compassion.

Fact: The LDS church’s foundational organisational, policy, procedural, and sometimes theological decisions are informed by the cultural, political and economic climate and exigences of the United States of America.

These are difficult times for many, many people who have been rocked to their Mormon core over  the last couple of days. In social media a flood of Mormons  have announced their outrage followed by their decision to leave the church. But many more people have announced their support of the change and their absolute belief that this decision comes from Jesus.

Fact: There is only one determination that one can make about the changes in Church Handbook of Instructions that have much to say about those in same-sex marriages and their children. Either you believe the church leaders were right or they were wrong. There is no room for in between.

Fact: The decision that Mormons have been required to make is not their fault. That’s the system. It operates using strict binaries, exclusions and hard lines. Mormonism is about fences and offers only wells when the sheep are inside the boundaries. That’s not the members’ fault. That’s the church’s intention. Choose the church and be saved or don’t choose the church and lose all of your eternal blessings.

Perhaps the church will change from its current governance model – but its unlikely. Organisations like this tend to make only incremental adjustments to policy and procedure when pushed – enough to take the lid off the pressure cooker – but won’t, of their own volition, change the order of things. Its unlikely that the power structures of the church will be revised any time soon. That’s the reality. There’s no will to change from the top and there are no mechanisms to force that change from the bottom. Sure people can vote with their feet but the church is flush with money (our money). It can absorb the financial cost of member attrition because it still has its property – and lots of it.

However what it can’t do is manufacture moral authority or high social status where the church community is experiencing low morale, poor publicity, and is sparking with the religious extremism that emerges when high demand religions feel threatened. Without significant organisational change the LDS church will likely continue to suffer from the public perception of Mormonism as a low status, minor sect that is only passably Christian.

I write this because its important to make clear headed decisions. With the facts. So I leave you with one final and important…

Final Fact: The Church of Jesus Christ of Latter-day Saints as experienced by the average Mormon is a wonderful, beautiful, intimate community that mostly includes fine people who want to do the right thing and serve each other and the Lord. They honour Mormonism’s extraordinary theology that each human being is glorious and possesses magnificent mortal and eternal potential. They believe at their very core that our heavenly mother and father love us unconditionally – and that Jesus is our exemplar and our Saviour.

And this  disconnect is why the church is so broken.  Mormons are asked to hold too many ideas in tension with each other.   Leaders  are using double speak to make their ideas palatable to the membership but are inflicting an expectation of cognitive dissonance.  Eventually there will be a price to pay for everyone until the church decides what it is instead of posturing as one thing and behaving as another.  Make no mistake – this latest move is a response to ensure the maintenance of the status quo in the church and its leadership – and any rhetoric otherwise is a nonsense.  It simply doesn’t want the cultural, political and social ‘nuisance’ of gays and lesbians and their children.