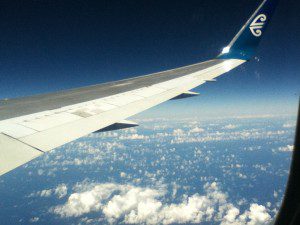 I’ve just been to a special Stake Conference for New Zealand and Australia. It included an opening address from our Stake President and a broadcast from General Authority Speakers.

I really liked some of it.  But I struggled somewhat through my Stake President’s address about the reliability of our church leaders regardless of the efficacy of their counsel. ‘They could be wrong’, he would argue’,  but we will be blessed in following them regardless.’   I love my Stake President. We’ve spent many hours talking, and he has never been anything but gracious with me. I’ve known him since he was a young man. Now he’s a grown man and a good man.   I think I know him well enough to understand why he would have said such a thing. It comes from a good place, a faithful place wherein his spiritual capacities have been enhanced by exactness in following and obeying the direction of those above him.   For my Stake President belief in the correctness of following his leaders without question is a thin place.

The trouble is, that’s not my thin place, because that hasn’t been my experience.

What do I mean by a thin place?

Locales where the distance between heaven and earth collapse and we’re able to catch glimpses of the divine, or the transcendent or, as I like to think of it, the Infinite Whatever.[1]

Weiner was talking about geographies that have a felt sense of transcendence. Marcus Borg on the other hand describes thin places as places:

I’d be lying if I didn’t say that church has been one of my thin places. At the very least it has offered me a language of the spirit that has opened my heart to the extraordinary notion that I am beloved by God.  I’ve had too many church experiences, too many moments of open heartedness and transformation through prayer, blessings, scripture study, participation in ordinances and service that I’m unable to number my Mormon encounters with those thin places. I can’t nor will I deny them and their transcendent efficacy.

So I was pleased to be reminded in today’s talks that scripture study and prayer are essential ingredients in my encounters with the divine. They always have been and no doubt they always will be.

But there are thick places in the church as well.   These are places I can’t get beyond. These are practices or doctrines that rather than touch my heart, they send shocks waves of irritation and indignation through me. These places feel heavy and anathema to my experience in those thin places.  I’ve written extensively about these thick, soulless, spiritually senseless places that infuriate me because they stand in such stark contrast to those moments that have opened my heart and have called me into a life of faithfulness to God.

The trouble is that it is difficult to find a way of embracing Mormonism’s thin places while putting those thick places aside. And its hard to put those thick places aside when it feels like we are being compelled to understand them as thin places. And it gets people rightly jumpy  when you ask them to compromise their own understandings and personal experiences with God’s goodness in favour of other peoples interpretations of the divine.

If I look at this increasingly fractious and wounded Mormon community I can’t help but notice that these seemingly insurmountable thick places are those mostly leaden with the deadweight of fear;   Fear of social shunning and alienation, fear of being wrong, fear of change, fear of scarcity, fear of disorder and a deep abiding fear of loss of control.   The fear is obvious and pervasive regardless of who we are.

So how about we set fear aside? From whatever orientation we hail, if we make a commitment that fear will not guide our interactions, how much richer and supportive will be our conversations?  I know I need to understand better what motivates some people in my community (including my Stake President)  to see a thin place where I can’t.

And I have to wonder, wouldn’t a fearless conversation about our greatest spiritual yearnings bring a boundless thin place into being, one that admitted and held all of us with love and infinite cosmic generosity?