The Arrogance of False Expertise on Church Disaffection

The Arrogance of False Expertise on Church Disaffection May 9, 2017 Gina Colvin

These days the LDS Church is trotting out expert after expert on why people leave the church.   From my own local pulpits I’ve heard the following solutions for dealing with people’s potential disaffection:

Of course, all of the above distracts from the real issues that leave-takers are pointing out while they are being shown the door.    I haven’t left the church but I’m noisy about my concerns because I mostly love it and I think it has the potential to be awesome. But it’s got itself into some increasingly tight spots.   Here’s why:

In a nutshell, the LDS church is too patriarchal;  too conservative; too culturally chauvinist; too controlling; too colonial;  too exclusive; too white; too corporate; too punitive; too American;  too homophobic; too hierarchical;  too up in Utah’s political business; too rich; and it’s getting too filled with mean people.     It has an unhealthy tendency toward psychological enmeshment wherein anyone who pops their head up and says  ‘I don’t agree’ – gets a hard whack on the head from leaders, family, ward members etc. for their impudence.  And all of this makes people unhappy, it starves them spiritually, it makes them feel unloved and that leads to doubt.

So what’s stopping the church from dealing with the issues?  That has an easy although somewhat troubling explanation.  I’ve been reading Greg Prince’s ‘ David O. McKay and The Rise of Modern Mormonism‘ wherein he discusses McKay’s response to Bruce McConkie’s ‘Mormon Doctrine’.  It had been discovered through peer review that Mormon Doctrine was filled with doctrinal errors (1067 of them in fact).  But the book had already been published and had quickly become a best seller so how to handle the problem of the mass circulation of false doctrine concerned the then President of the church.  McKay records the following in his journal;

‘I then said: “Now Brother Smith, he is a General Authority, and we do not want to give him public rebuke that would be embarrassing to him and lessen his influence with the members of the church…” p.57

Of course, this explains quite a lot.  It seems to be an important institutional practice to shore up the reputation of the General Authorities despite their many policy, doctrinal and personal missteps rather than to support the church members in their unity with God and their discipleship of Jesus. It would seem that we are required to sustain them, but they aren’t required to sustain us.  When you realise that the public influence of a General Authority is more important than the people’s need for ‘correct principles’  it comes as quite a shock.  While average members are being rebuked, harassed, shunned and disciplined left right and centre for even whispering a controversy, the Corporation of the President has a habit of trying to cover its naughty stuff up;  or it acts like morally questionable practices never happened in the church.    But it NEVER, EVER publicly admitting its mistakes.   It’s silliness really because it would earn the church a lot of respect if it stopped pretending it was perfectly lead by perfect people who are perfectly in tune with the Godhead.

But there’s another thing that sinks the questioning, doubting, worrying soul into despair and often turns up the ‘Leave card’.  It has taken too many of my friends and loved ones off and over the parapets of the church without a second glance and that is the ever present false expertise.     Over the weekend some speakers at the BYU Women’s Conference tackled the question of why people leave or stay.

May 8, 2017
Indigenous People are More Than their Dance
Next Post 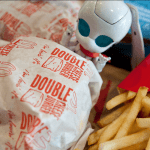 May 15, 2017 Mormon McDonald's: An Allegory
Recent Comments
0 | Leave a Comment
Browse Our Archives
get the latest from
KiwiMormon
Sign up for our newsletter
Related posts from KiwiMormon

Reading a Spiritual Text
by Thomas Schenk Over the years I have read and reread many of...
view all Latter-day Saint blogs
What Are Your Thoughts?leave a comment
Copyright 2008-2021, Patheos. All rights reserved.
error: Content is protected !!